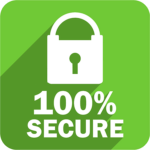 WordPress Security: Installing SSL WordPress security – and SEO – is incomplete without SSL and HTTPs. Secure Socket Layers encrypt your visitors’ data when they access your blog, making it a lot harder to snoop and intercept your users’ traffic. Google, in its turn, motivates bloggers to secure their websites with SSL and HTTPS by rating secure sites higher than blogs without … END_OF_DOCUMENT_TOKEN_TO_BE_REPLACED

Accepting monthly donations on your Weebly site has never been easier with Donorbox. Using Donorbox's auto-generated code, you can embed a form or install a donate button in your web page. If your website does not support SSL, our donate button is a great solution. The Donorbox donate button will take donors to an SSL-secured donation page that's hosted for free on … END_OF_DOCUMENT_TOKEN_TO_BE_REPLACED 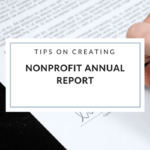 Writing a nonprofit annual report can be tricky. You want to make sure current donors really read it while also appealing to potential donors. You want to express gratitude and inspire action. Most importantly, you want to show off your year's accomplishments. Here are Donorbox's tips on how to create an engaging annual report as well as some of our favorite examples of … END_OF_DOCUMENT_TOKEN_TO_BE_REPLACED 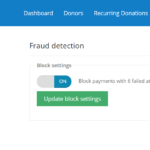 Credit card fraud is a substantial issue with any online payment platform. Unfortunately, this means that stolen credit cards are occasionally being tested on all payment platforms. The good news is that Stripe has fraud detection technology called Radar, which blocks most fraudulent transactions. Stripe's Radar scans every payment to detect fraud immediately. While this … END_OF_DOCUMENT_TOKEN_TO_BE_REPLACED 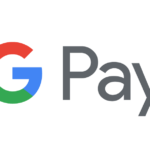 Last week we announced the launch of Apple Pay. This week, we have good news for Android fans and Chrome users. Donorbox donations can now be made using Google Pay! You can make donations using Google Pay from most devices, including your computer's Chrome browser, Android phone, and even on iOS devices with the Chrome app. Google recently announced that it would combine … END_OF_DOCUMENT_TOKEN_TO_BE_REPLACED