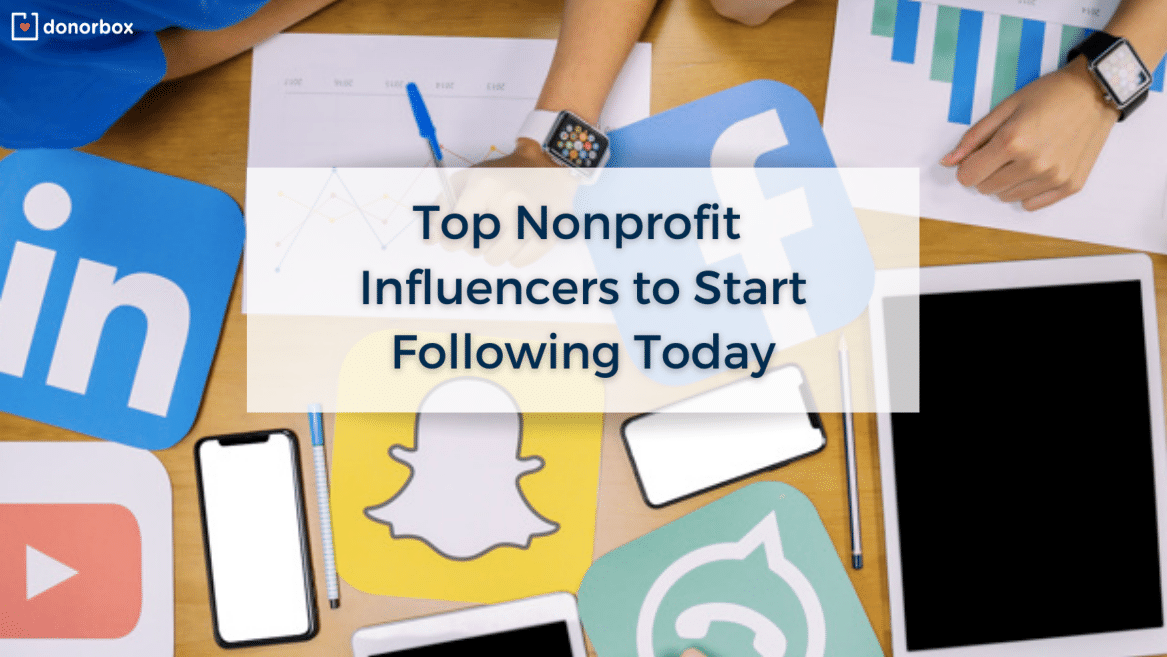 In recent years, organizations around the world have been using “influencers” — fitness gurus, beauty bloggers, fashionistas, and others — to supercharge your fundraising.

Influencers usually endorse products – from lipsticks to cars – by sharing about them on their social media platforms and spreading viral conversations about brands online.

Who is an influencer?

An influencer may be anyone from a blogger to a celebrity to an online entrepreneur. They have usually specialized and capitalized on a niche to attain widespread credibility. Because of the influencers’ credibility in their field or industry, their followers often feel that their endorsements are particularly authentic and trustworthy.

Interestingly, many of today’s social media influencers don’t come from the ranks of celebrities, as it’s been the case for decades before. Instead, everyday people have risen up the ranks of social media to amass hundreds, thousands, or even millions of followers.

Why should you care? 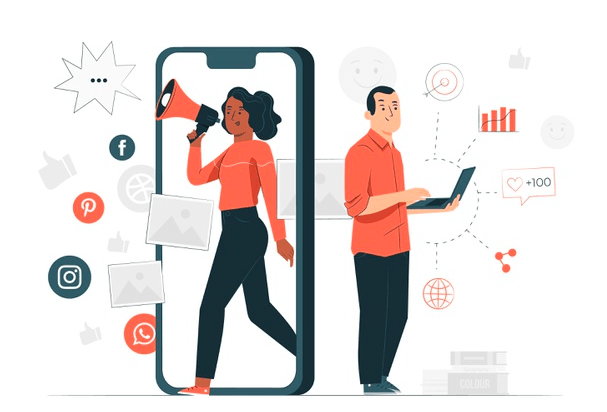 With social media influencers, your nonprofit organization can potentially gain access to target audiences that you might otherwise struggle to reach.

If utilized correctly, social media influencers can be a powerful asset for any nonprofit organization large or small.

As per Influencer MarketingHub,

If you’re getting the idea that influencer marketing would cost your nonprofit a lot and you do not have the budget for it, no worries – constantcontact.com highlights that most nonprofit and influencer collaborations are unpaid. Plus, you can always get in touch with nano and micro-influencers who have fewer followers but are locally quite popular.

Even if you didn’t want to consider utilizing influencer marketing (through paid advertising) to grow your nonprofit’s audience, raise funds, promote your programs and services, or recruit volunteers and staff members – there’s a lot to learn from following these nonprofit influencers.

Being connected to a brilliant community of professionals who are also committed to doing good features tons of benefits.

In the nonprofit arena, Twitter reins over other social media networks. It’s a great place for nonprofit professionals to learn, exchange ideas, and cheer each other on.

Here is our shortlist of nonprofit influencers to start following today.

Note: Nonprofit influencers featured on this list are ranked based on the number of Twitter followers (descending).

With over 30 years of experience in the nonprofit sector and three bestselling nonprofit books, Beth is a must-follow.

She is also the author of a popular nonprofit blog called Beth’s Blog: How Nonprofits Can Use Social Media where she writes about digital transformation, networks, data, learning, training,  facilitation techniques, resilience, nonprofit organizational culture, and self-care for nonprofit professionals.

Matt is the co-founder of Kiva.org and Branch. co. As CEO, Matt led Kiva’s growth from a pilot project to an established online service with partnerships across the globe and hundreds of millions in dollars loaned to low-income entrepreneurs.

Matt was a Skoll Awardee and Ashoka Fellow and was selected to FORTUNE magazine’s “Top 40 under 40” list in 2009.

Author of “Simple Acts to Change the World: 500 Ways to Make a Difference,” from Adams Media, an imprint of Simon & Schuster.  So far, she has worked with thousands of organizations over 25 years including in nonprofit, B2B, retail, advertising, manufacturing, government, international, and more.

Amy also founded a startup nonprofit called Free Tech for Nonprofits in 2017 to help small nonprofits do more of their important work faster through smart technology and communication strategy.

As an author, educator, speaker, and founder of the Your Mark on the World Center, Devin has established himself as a champion of social good. Having spoken twice at the United Nations and twice at Johnson & Johnson, among dozens of other engagements, he has a proven track record as a speaker.

As a Forbes contributor, with 500 bylines and almost two million unique readers, he has become a recognized name in the social impact arena.

Vu Le (“voo lay”) describes himself as a “writer, speaker, vegan, Pisces”. He is the writer of NonprofitAF and the former Executive Director of Rainier Valley Corps, a nonprofit in Seattle that promotes social justice by developing leaders of color, strengthening organizations led by communities of color, and fostering collaboration between diverse communities. Vu is fresh, honest, unapologetic, and uses humor to bring new perspectives to nonprofit topics.

She is the CEO of  NTEN; they support nonprofits through convening and training to use tech strategically to meet their missions and community needs.

She is a veteran of over 55 capital campaigns from LA to Maine as a consultant, coach, or staffer – raising over $500 million.

Dan has given over 275 talks on philanthropy and innovation in the past few years, including one of the most popular Ted Talks ever, “The Way We Think About Charity is Dead Wrong” which has over 5 million views.

The model and methods he created are now employed by dozens of charities and have raised in excess of $1.5 billion more for important causes from pediatric leukemia to AIDS to suicide prevention and many others.

Kivi Leroux Miller is the founder and CEO of Nonprofit Marketing Guide, where she helps nonprofit communications professionals learn their jobs and love their jobs through a variety of training and coaching programs.

She has personally mentored more than 150 nonprofit communications directors and communications teams as a certified executive coach. Kivi Leroux Miller is a popular keynote, workshop, and webinar presenter, speaking dozens of times each year. She is also the co-founder of Bold & Bright Media.

He is the co-author of many CEP research reports, a columnist for The Chronicle of Philanthropy, and a frequent blogger for the CEP Blog. Phil is also co-founder of YouthTruth, an initiative of CEP’s designed to harness student perceptions to help educators and funders accelerate improvements in K–12 schools and classrooms.

Julia Campbell is the author of “Storytelling in the Digital Age: A Guide for Nonprofits”. She’s also a nonprofit consultant and speaker. Based in Boston, Julia is a global authority on digital storytelling, with happy clients spanning the globe from Moscow to San Francisco.

She has provided workshops and training to Meals on Wheels America, the Make-A-Wish Foundation, the Boys & Girls Clubs of America, and Facebook.

One of America’s top 25 fundraising experts, recognized by Philanthropy media. Apart from being the host of the DonorSearch Masterminds series, Jay has also delivered a number of Ted talks.

He worked with thousands of nonprofits and continues to advise them on fundraising opportunities.

Author of “Matterness: Fearless Leadership for a Social World and The Networked Nonprofit”. She has started and managed organizations with revenues of millions of dollars a year, developed strategies for some of the largest and most influential nonprofit and philanthropic organizations in the world, reworked the cultures and policies of organizations to make them more open and inclusive, and less risk-averse and been a pioneer in online activism.

Farra has led dozens of organizations through major brand overhauls, fundraising campaigns, and much more since joining Big Duck in 2007.

She’s a frequent speaker around the country, training nonprofit staff and board members on branding, communications planning, and engaging donors at all giving levels.

The social impact manager at Oracle Netsuite’s pro bono program. With her commitment to social justice and tremendous interest in community growth, Debra continues to elevate the corporate social impact. Her Twitter feed is filled with helpful tips and advice for nonprofits and related articles. 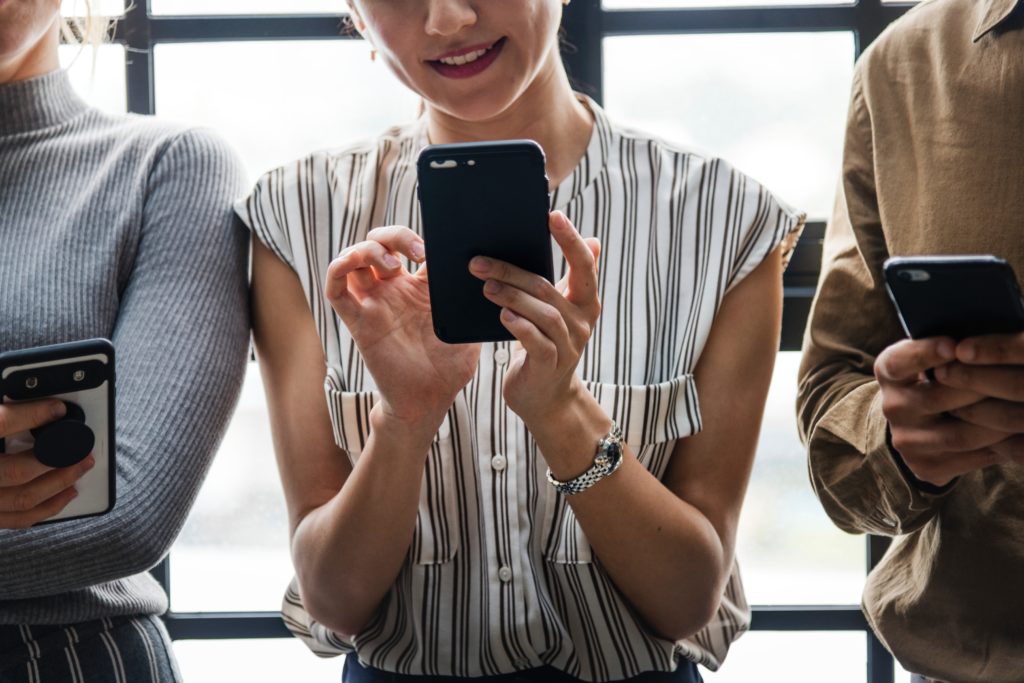 Follow these individual thought leaders and organizations, and also take steps to grow your own influence online.

Nonprofit influencers are an untapped opportunity for nonprofits to get their message read and spread.

Empower reports that 87% of donors who made a first-time donation through a social media referral source are likely to make a second donation as well. Additionally, social media is said to drive 57% of traffic to fundraising campaigns.

To capitalize on the opportunity that is nonprofit influencers, cultivate genuine relationships with your influencers. This way, your nonprofit will maximize its chances of reaching a ton of people for your next event or fundraising campaign.

Are there any experts or organizations you feel we missed? Let us know by tweeting @Donorbox!

Are you looking for a simple-to-use but highly efficient online fundraising tool that will make fundraising a breeze for you and your nonprofit staff? Donorbox is here to help! Learn about our powerful features that take only minutes to set up. If you think your team can benefit from expert coaching and priority tech support, check out Donorbox Premium. 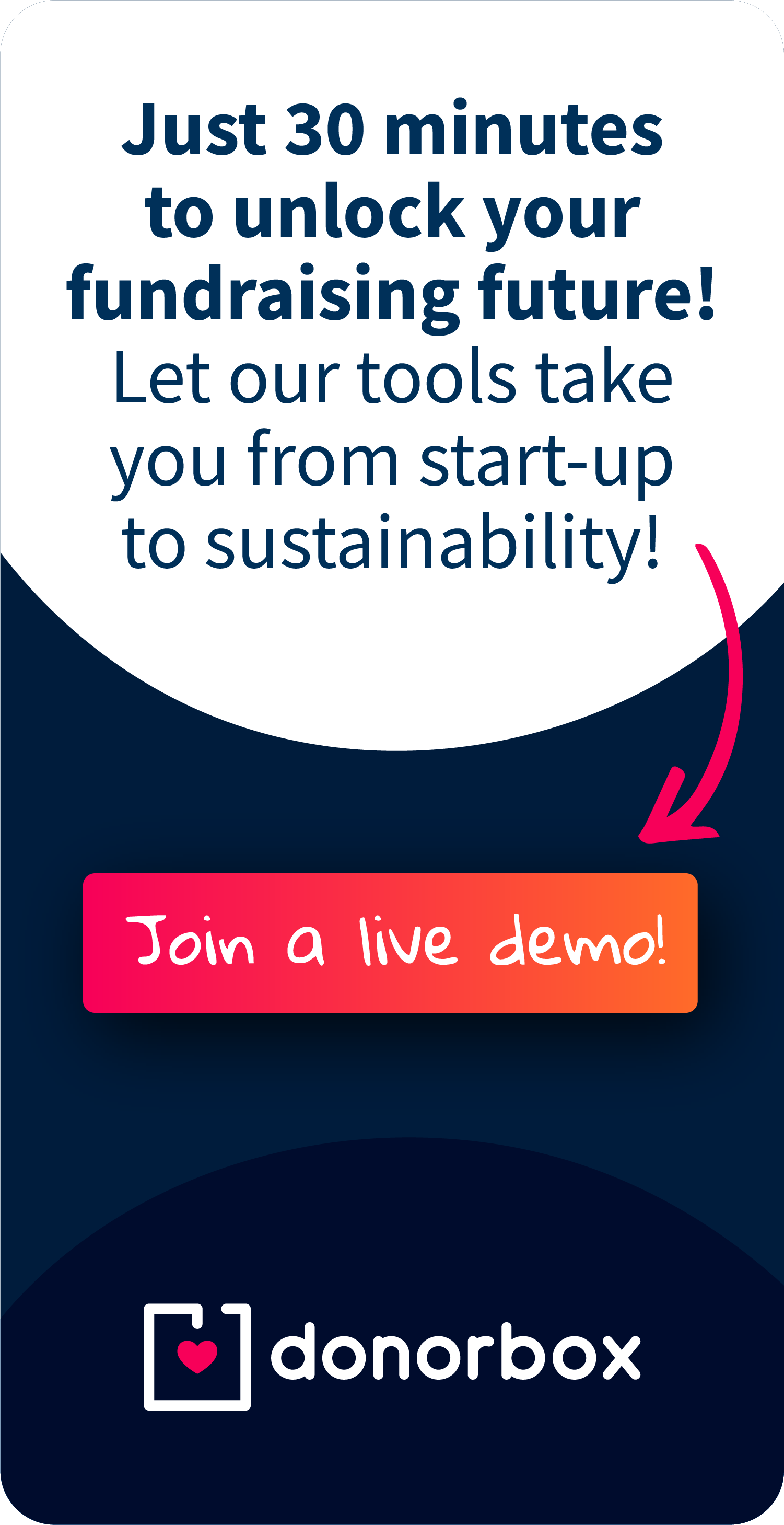 Take your donor experience to the next level!
Join the 50,000+ nonprofits already raising funds online.
Sign up for free

Join a 30 minute Live Demo to see why over 50,000 nonprofits use Donorbox to fuel their fundraising
Save your Seat