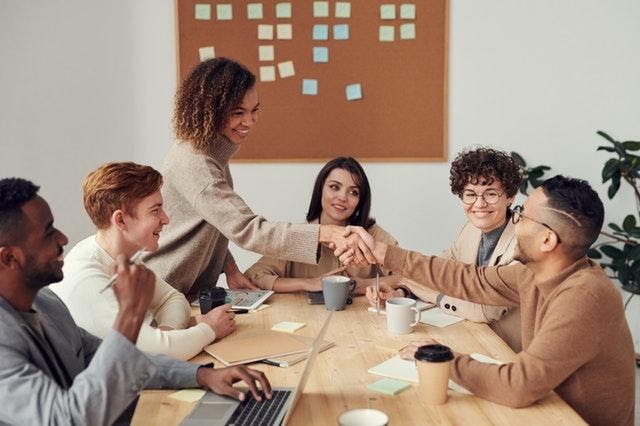 What Nonprofits Need To Know About Starting Fiscal Sponsorships 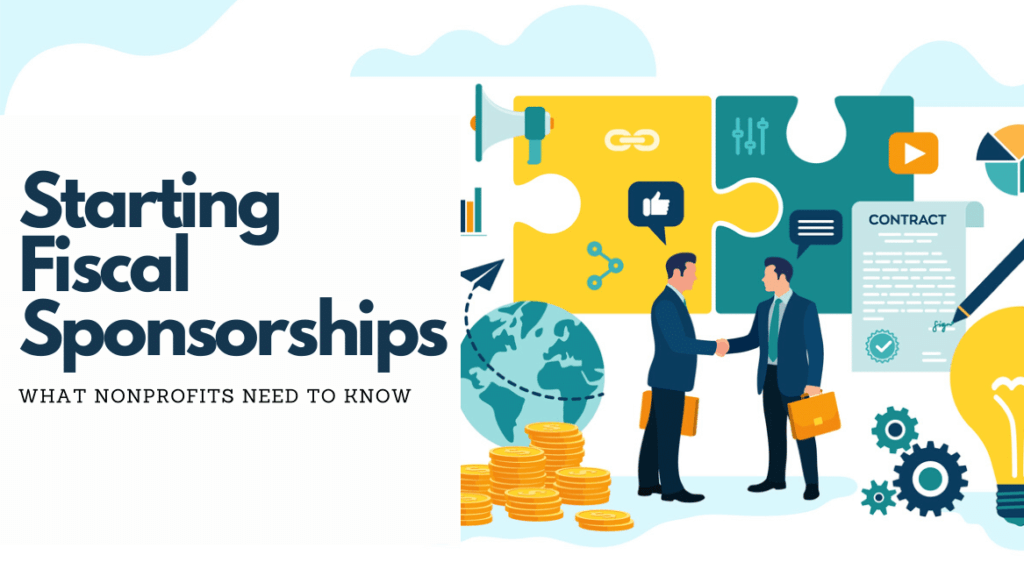 You’ll often find a gap between a nonprofit’s founding and its receipt of 501(c)(3) status. During this time, donations won’t be tax-deductible, and the entity will have less ability to apply for grants. For many organizations, this period can be rough — or even enough to keep them from getting off the ground.

Fortunately, a nonprofit can solicit tax-exempt donations before it’s received 501(c)(3) status, as long as it has a fiscal sponsor.

Below, we’ll cover the basics of fiscal sponsorships, as well as best practices to follow when in operating or benefiting from one. 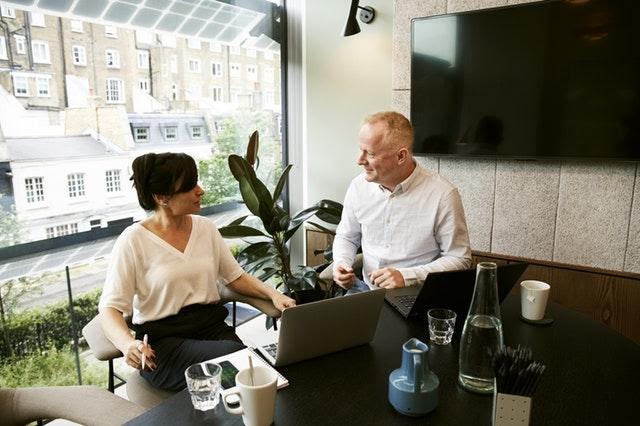 What Are Fiscal Sponsorships?

A fiscal sponsor is a tax-exempt organization that agrees to receive funds on behalf of another nonprofit or project, one that doesn’t have a tax-exempt status yet. Typically, the agreement will be between two nonprofits.

The sponsor will solicit donations and disburse them as necessary. They earmark this money as restricted funds dedicated to the specific project. Because people give contributions to the fiscal sponsor, they will be tax-deductible, even if the project isn’t a 501(c)(3) yet. Learn how you can register a 501(c)(3) nonprofit organization.

Usually, fiscal sponsorships occur between two organizations doing similar work. However, any 501(c)(3) can serve as a fiscal sponsor for any other nonprofit.

Fiscal sponsorships can be both long- and short-term arrangements. Sponsored projects often plan to eventually split off from their parent org after an incubation period and if the project proves successful enough to attract donations. 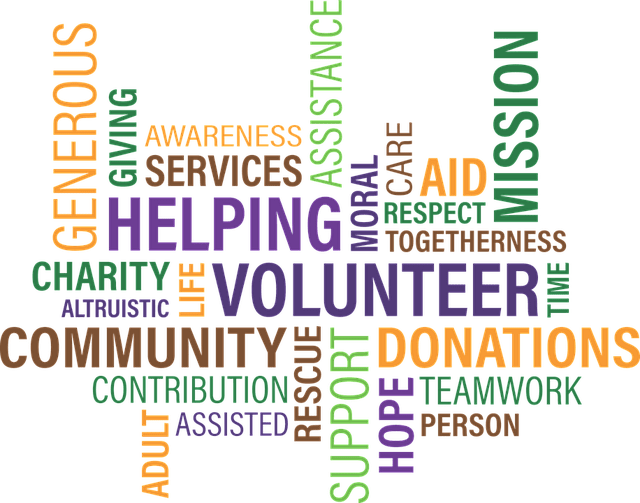 The two most widely used models of fiscal sponsorships are comprehensive and pre-approved grants.

Under comprehensive types, the sponsored organization effectively becomes a project housed under the sponsor. In this form of sponsorship, the sponsor will have discretion over how it uses collected funds. Plus, they’ll need to provide oversight and manage all responsibilities related to the donations — including taxation and reporting. The sponsor may need to request records from its grantee to make sure that it’s appropriately using allocated money.

Like comprehensive sponsorships, however, the sponsor will have ultimate control over the money and can choose whether or not to grant them to the sponsored org, or re-grant them to another organization doing similar work.

With this model, the sponsored project or organization has direct control over how they spend the donated money. They also take on more legal, tax and reporting responsibilities.

In either case, the sponsor will typically charge recurring administrative fees for providing sponsorship. Most often, this fee will be a percentage of donations collected on behalf of the grantee.

It’s not necessarily required, but it’s almost always a good idea to have the terms of the sponsorship set out in a formal, written agreement.

Drafting an agreement ensures that entities use the funds properly. It smooths out any potential conflicts between the sponsored organization and its fiscal sponsor. A contract can also be an excellent way to ensure that all responsibilities get distributed. This eliminates any potential for elements of the fiscal sponsorship to go unfulfilled.

Because fiscal sponsors have discretion over how nonprofits use collected funds, a written agreement can prevent usage of money that may seem inappropriate or not in line with the organization’s goals and wishes. However, a fiscal sponsor will always have some level of direct control over how entities disburse or grant funds.

Pro tip: If you haven’t drafted a sponsor agreement before, it may be a good idea to base it on a sample one. You can find many sample agreements available online, most of which you can customize to some extent. An organization can change different elements of the contact, like how often reporting should happen or how much the sponsor will charge in terms of administrative fees.

The fiscal sponsor should understand all of its responsibilities — especially compliance with relevant tax, legal and reporting requirements. They should also prepare to take on the administrative and organizational task of keeping donations collected on behalf of their grantee separate or earmarked as restricted.

The work will continue even after two organizations establish sponsorship. As with any business relationship, communication is key. Maintaining regular contact between the sponsor and the grantee will ensure that both parties are fulfilling their obligations to each other.

Pro tip: The National Network of Fiscal Sponsors maintains a list of best practices — such as maintaining legal compliance — that may help people understand what both organizations in a sponsorship need to prepare for. 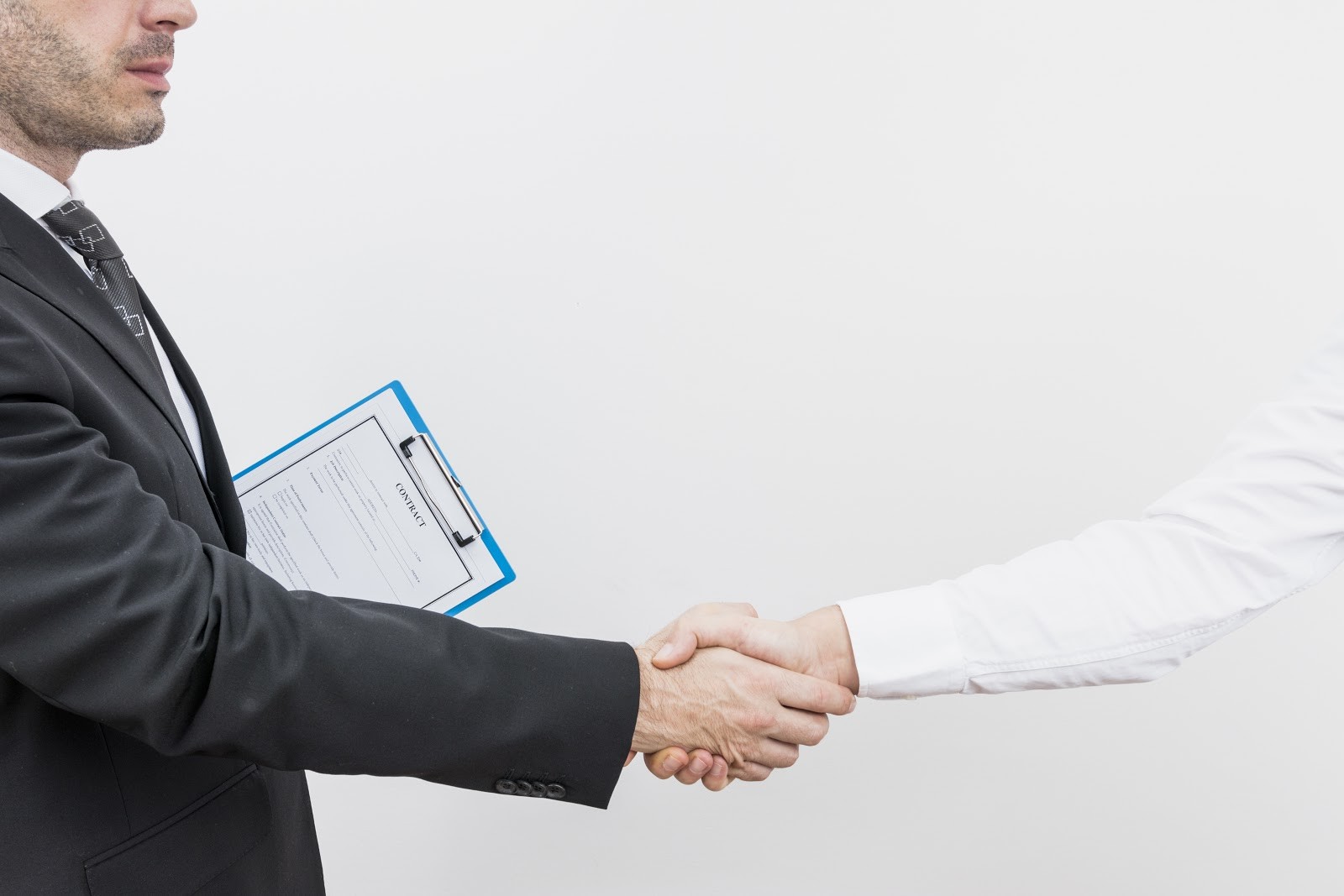 If you’re an individual interested in a fiscal sponsor for your organization or project, there are a few different routes you can take.

If you want your organization or project to become financially independent at some point, you should take a few steps before searching for a fiscal sponsor.

First, consider filing for your org’s 501(c)(3) status. Fiscal sponsorships don’t always intend to be permanent relationships. If you would like your project’s funds to eventually come under your control, staying on track of your exemption status is a good strategy.

Ideally, you’ll want to be on track to 501(c)(3) status so that donors can give money directly to your organization, and you can stop paying administrative fees, giving you more control over your organization’s money.

One of the best ways to search for a fiscal sponsor is to use online services designed to connect nonprofits doing similar work. Websites, like the Fiscal Sponsorship Directory, can help connect your nonprofit with a sponsor.

Once you’ve found a sponsor who will be a good fit, contact them to check if they are willing to sponsor your organization. Be prepared to hammer out expectations. If your potential sponsor is an established organization, they may have been a fiscal sponsor before — or maybe currently sponsoring another project. Their staff may be able to help guide you and your org through the process.

Once you’ve established the base responsibilities for the sponsorship, formalize the agreement with a written agreement.

Now your org can begin encouraging donations. You will, however, need to direct your donors to make payments to your fiscal sponsor.

As your org begins to fulfill its mission and use donated funds, keep in regular touch with your sponsor. Be sure to maintain any records they expect your org to report.

Fiscal sponsorships can be a powerful tool for organizations that don’t yet have their 501(c)(3) status. Despite a lack of exemption status, organizations can gain the benefits of a nonprofit — tax-deductible donations and access to grants.

These sponsorships, including comprehensive and pre-approved grant models, can be somewhat complicated in a legal and tax sense. Formal, written sponsorship agreements and regular communication can help smooth out some of these problems.

To better understand how a fiscal sponsorship will affect your organization, it’s best to consult with a legal or accounting professional.

We hope this article will be helpful in getting started with fiscal sponsorships and following the best practices, For more nonprofit tips and resources, visit our nonprofit blog.