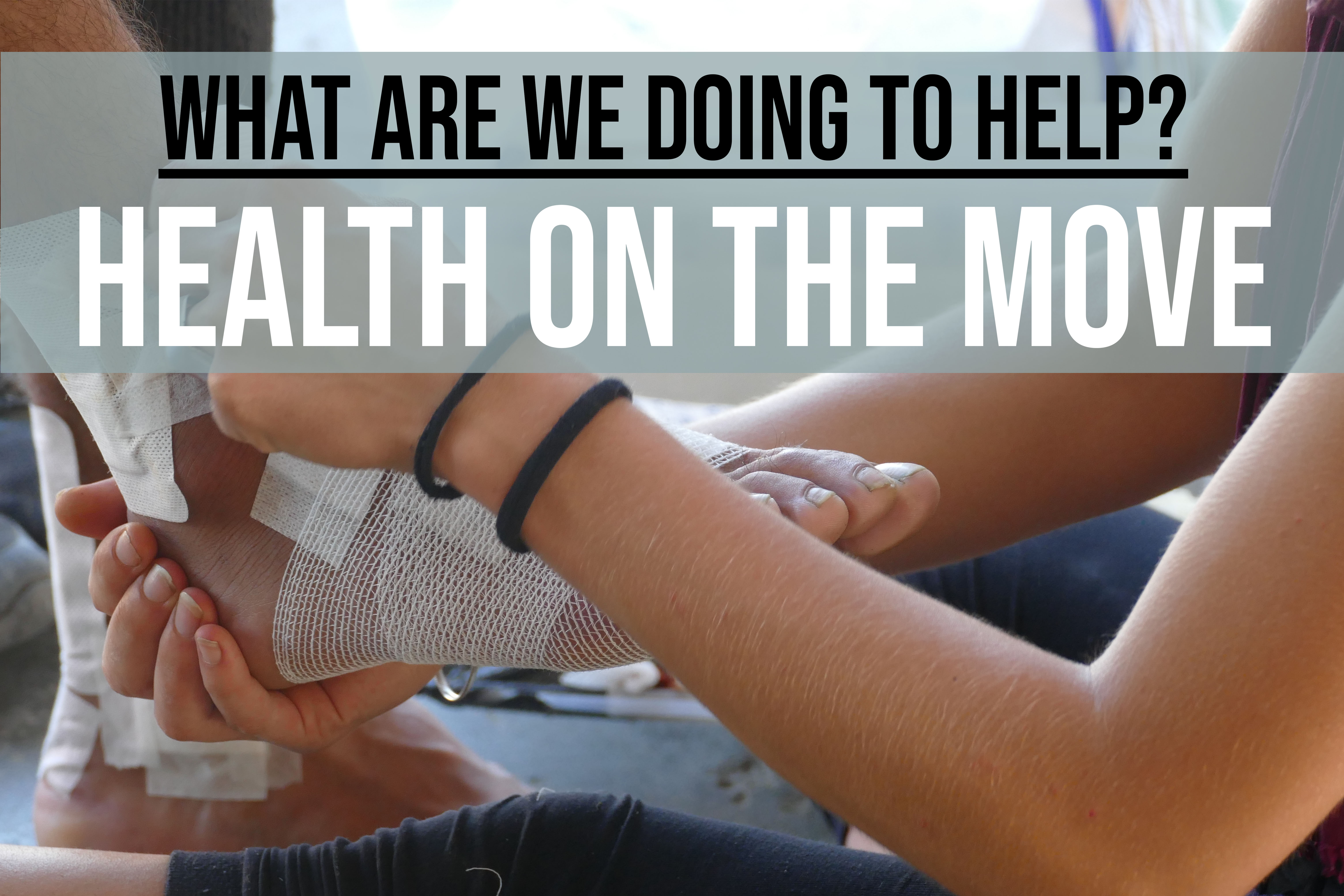 No Name Kitchen is an indepedent movement in favour of freedom of movement. We are located at the border crossings along to Balkan and Mediterranean migraton routes, where human rights are a daily struggle for People on the Move. who cross these nefearious places in an attempt to reach the so-called "Cradle of Human Rights": The European Union.

Violent and illegal pushbacks combined with very difficult access to MEDICAL CARE make physical injuries and psychological traumas a part of their endless journeys. These discriminatory policies of limiting access  to public health services add to the difficulties and precarious conditions under which PoMs are already forced to live.Access to health is a human right. To defend this right and to address People on the Move’s most serious needs, NNK has created and implemented the HEALTH ON THE MOVE project. 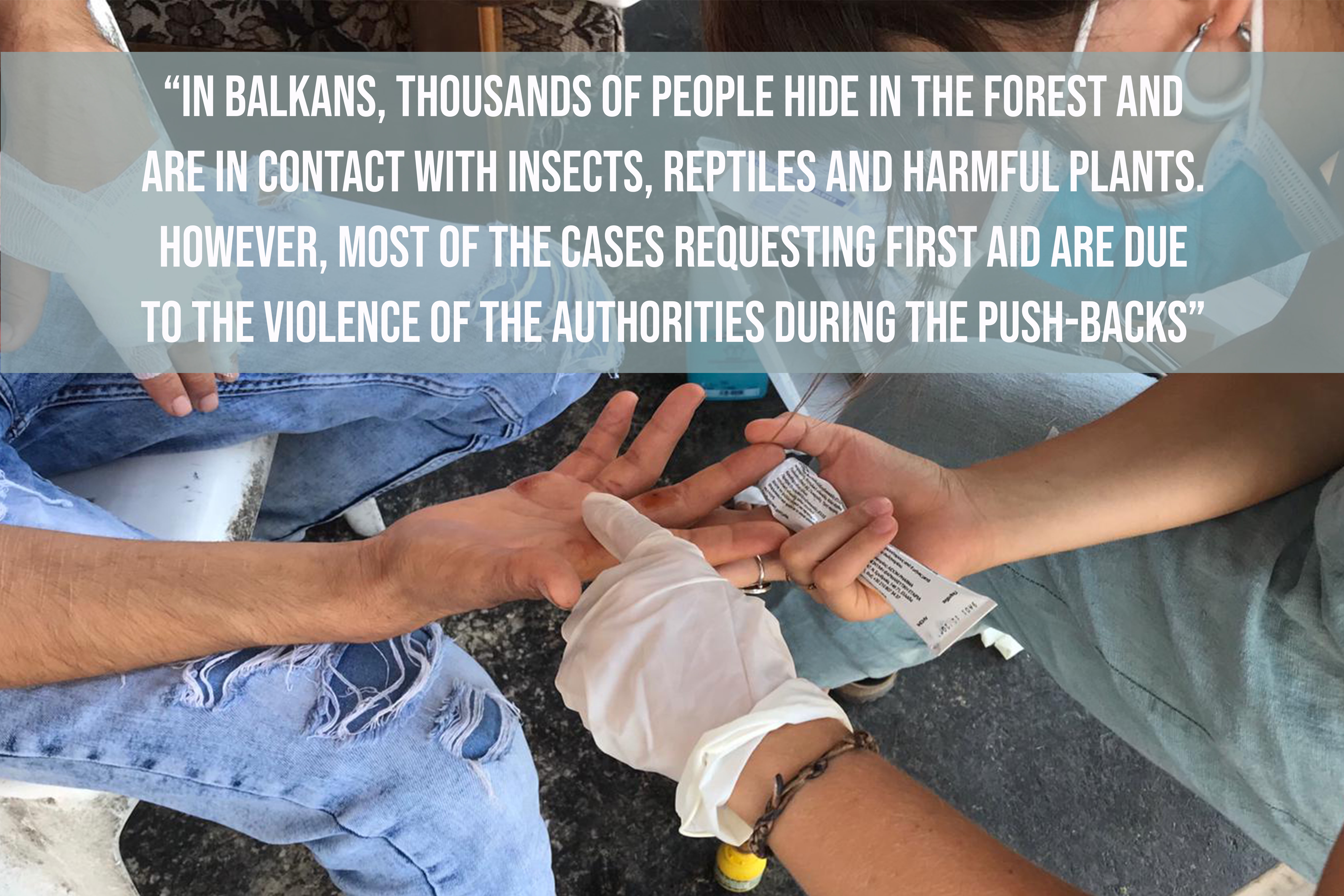 The medical health programme, HEALTH ON THE MOVE, runs a three-pronged intervention in the border areas where we operate; it includes First Aid, the distribution of hygiene kits and the financial coverage of specialised health care.

Through basic FIRST AID, we are able to provide an initial response to medical problems before they become urgent. Because of the living conditions, such as abandoned houses or in the forests, People on the Move often have wounds or cuts that become infected very quickly. These problems add up to frequent cases of border violence.

People on the move are forced to live in precarious hygiene conditions. This not only affects their psychological situation but also greatly worsens health problems. Which is why we have always procured a continuous DISTRIBUTION OF HYGIENE PRODUCTS, such as soap, toothbrushes, toothpaste and razors for example. 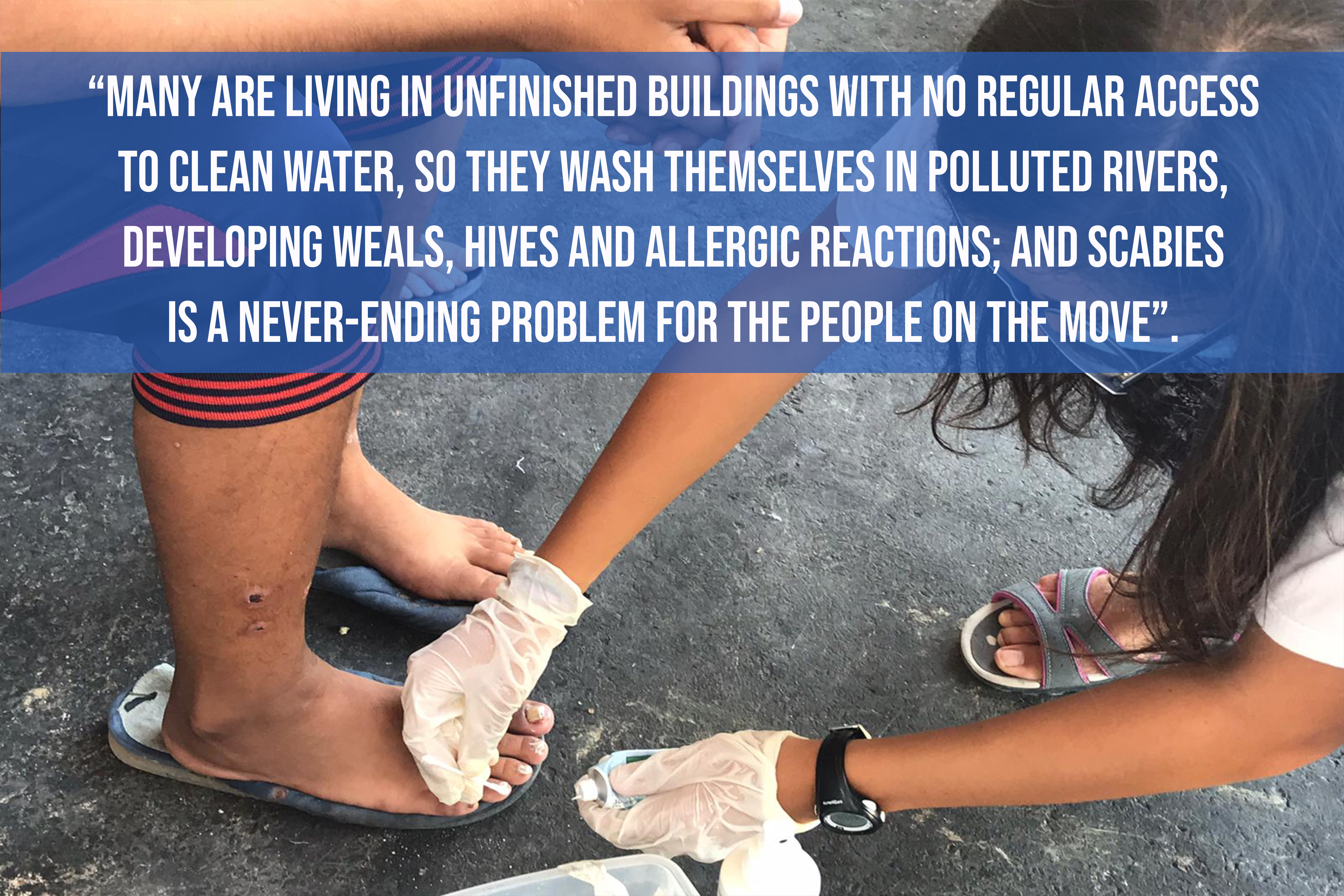 In recent years, we have developed systems to deal with the issue of SCABIES. By means of mobile showers, change of clothes and creams against scabies, we are able to provide both treatment and prevention.

In addition, there are often health problems that cannot be solved by first aid and often worsen due to the inability to treat the problem in time. Frequent examples of SPECIALISED HEALTH TREATMENTS are accompanied dentist visits or  examinations and check-ups in hospitals or private clinics. In these cases, we are committed to accompanying people so that they are adequately and thoroughly visited.

These problems, such as ophthalmology, are often linked to border violence as eyeglasses are broken by the police or lost while fleeing from them. The health problems that People on the Move experience are a structural lack of attention from authorities and governments.

Either from direct use of violence or institutional neglect, the health of people on the move is put on the line. This is why Health on the move is committed on a daily basis to supporting people, often undocumented, who pass through these inhuman places and who whether by choice or obligation cannot stay in the official camps.

In the last 3 months, Health on the move has given specialised assistance to almost 90 people, almost 70 scabies treatments and more than 350 showers.

This tireless presence in the field requires not only activists, but also a sustainable financial capacity!

Every day, the field teams meet people in need of health care. Our ability to provide an adequate response depends entirely on the solidarity of the people who decide to support us.

Your support is essential, health is everyone's right!