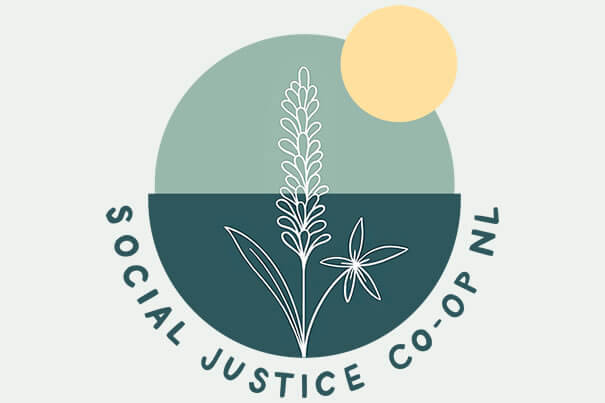 Waves of Love for the Atlantic Ocean

The Social Justice Co-operative of NL (SJC) is an independent voice in the province advocating for climate action, community projects, and a Revolution of Care. Though there are many nonprofits in NL who do great work, the SJC is unique as none of our core funding comes from governments or corporations, allowing us an uncompromising political voice. While we have incredible sweat equity from our volunteers, funds are needed to continue to fight the climate emergency through grassroots advocacy and activism.

The SJC is a collective of people who are building a grassroots movement centered on creating caring communities and fostering friendships between activists based on caring for each other. We believe in the dignity and value of every human being. We believe in the power of care as an antidote to capitalism.

We are honoured to have allies Thomas Linsey and Mari Margill from the Center for Democratic and Environmental Rights based in Washington as we reveal a bill that acknowledges the Rights of Atlantic Ocean.

We plan to work with climate conscious municipalities and use this law to extend "personhood" to all bodies of water surrounding Newfoundland and Labrador.

Thomas and Mari will introduce the draft bill and speak a bit about the groundbreaking work they're doing with Indigenous Land and Water Protectors and activists around the world to enshrine the Rights of Nature into law.

Be among the first supporters of the Rights of the Atlantic Ocean campaign!

Donate today, or purchase a ticket for the Rights of the Atlantic Ocean Bill Launch.

Email us at [email protected] if you have any questions.

Over the coming decade, we will need to educate, advocate, and organize with as much courage, conviction, and independent funding as we can muster!

Working together, we can bring about the social, political, and economic transformations necessary to avert climate catastrophe -- while creating better jobs, economic equality, healthy communities, genuine respect for Indigenous rights, food security, and a renewed hope in our collective future.

We invite you to join the growing network of activists and organizers in NL who are working together to build a bright future for Labrador, Newfoundland, Nitassinan, Nunatsiavut, NunatuKavut and Taqamkuk.

With love & in solidarity,

Keep up the good work.

I got a meeting during the event :(