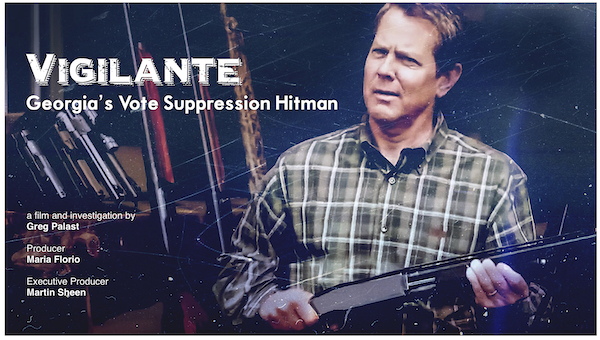 Donate for a signed copy of
Greg Palast new Film

Greg Palast and his investigations team bust the most brazen, racist attack on voting rights yet — engineered by Georgia’s Brian Kemp to ensure victory in his rematch with Stacey Abrams. You’ll meet Kemp’s army of vigilante vote challengers. One dresses up like Old-West vigilante Doc Holliday with loaded six-gun, one of a posse of right-wing operatives who have challenged over a quarter million voters.

And there’s the hidden story of Brian Kemp, scion of the family that was the first to bring captive Africans to Georgia.

It’s not a story of Democrat versus Republican, but history versus smothered truth.

We are working with Black Voters Matter Fund, NAACP Georgia and other frontline groups to fight the assault on voting rights.