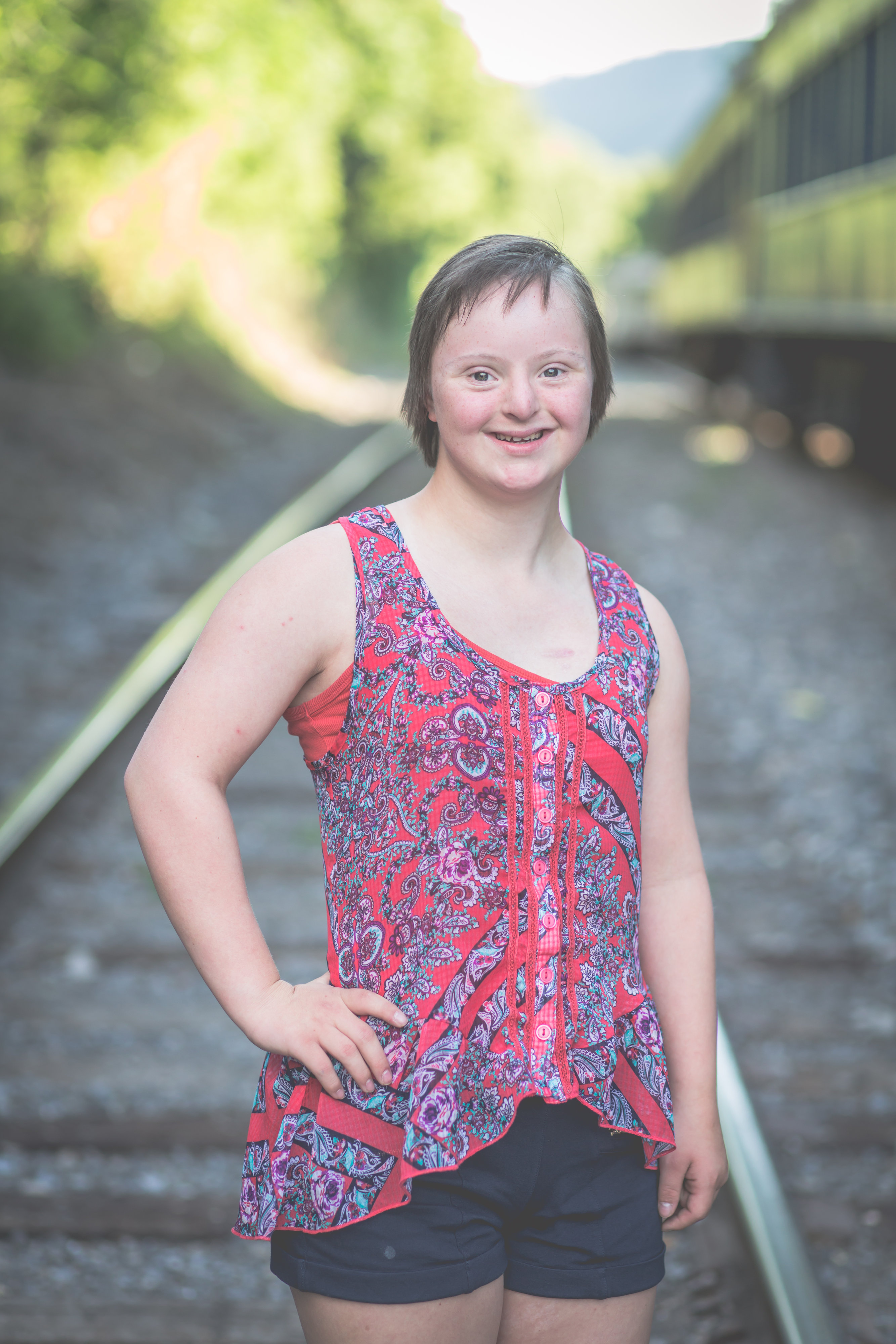 Victoria was 13 years old, a competitive swimmer and in 7th grade when she complained of ankle pain early in December 2014. Our family was not prepared to hear the words “your daughter has cancer” just a few days later. We quickly learned that Victoria was one of only a few kids known to have both Down syndrome and Osteosarcoma. To complicate things even more, Victoria’s cancer had metastasized to her lungs. Two weeks later, after many tests, scans, X-rays and second opinions, Victoria began her inpatient treatment that would last roughly 9 months, with her getting to go home for about a week every 2-3 weeks. During this time she received various chemotherapy drugs, countless blood and platelet transfusions, a left below the knee amputation, a long battle with C-Diff, and two thoracotomies. We withdrew her from school as she could not be around many people due to her compromised immune system.

She received her “fancy foot” in the spring of 2015 and was walking independently on it by the summer. Over the next year she had two more thoracotomies. However, all this did not stop her from continuing to swim when she could. She had the amazing opportunity to learn to surf in California in the spring of 2016. In the fall, Victoria excitedly entered high school where she immediately became a manager of the volleyball team, co-treasurer of Family, Career and Community Leaders of America (FCCLA), a Best Buddies member and a varsity member of the swim team. Victoria learned to snow ski in February 2017.  All along, Victoria has been fighting lung mets that

just keep appearing. She has participated in an immunotherapy trial, has had Cyberknife and is currently taking oral chemotherapy medicine to attack the nodules.

Osteosarcoma is just plain ugly. The reality is we will fight this disease forever. We just don’t know how long forever will be for our kids. Selfishly we all want forever to be, well forever....years and years from now. But without research specifically designed to target osteosarcoma, the reality, unfortunately for too many families, is that this “forever” isn’t far enough in the future.

Victoria created a poster during her first chemotherapy admission. This poster immediately became “her statement” - Let’s Kill the Cancer!

Facebook
LinkedIn
Twitter
MIB Agents is a Section 501(c) (3) charitable organization, EIN 81-1109906. All donations are deemed tax-deductible absent any limitations on deductibility applicable to a particular taxpayer. No goods or services were provided in exchange for your contribution.