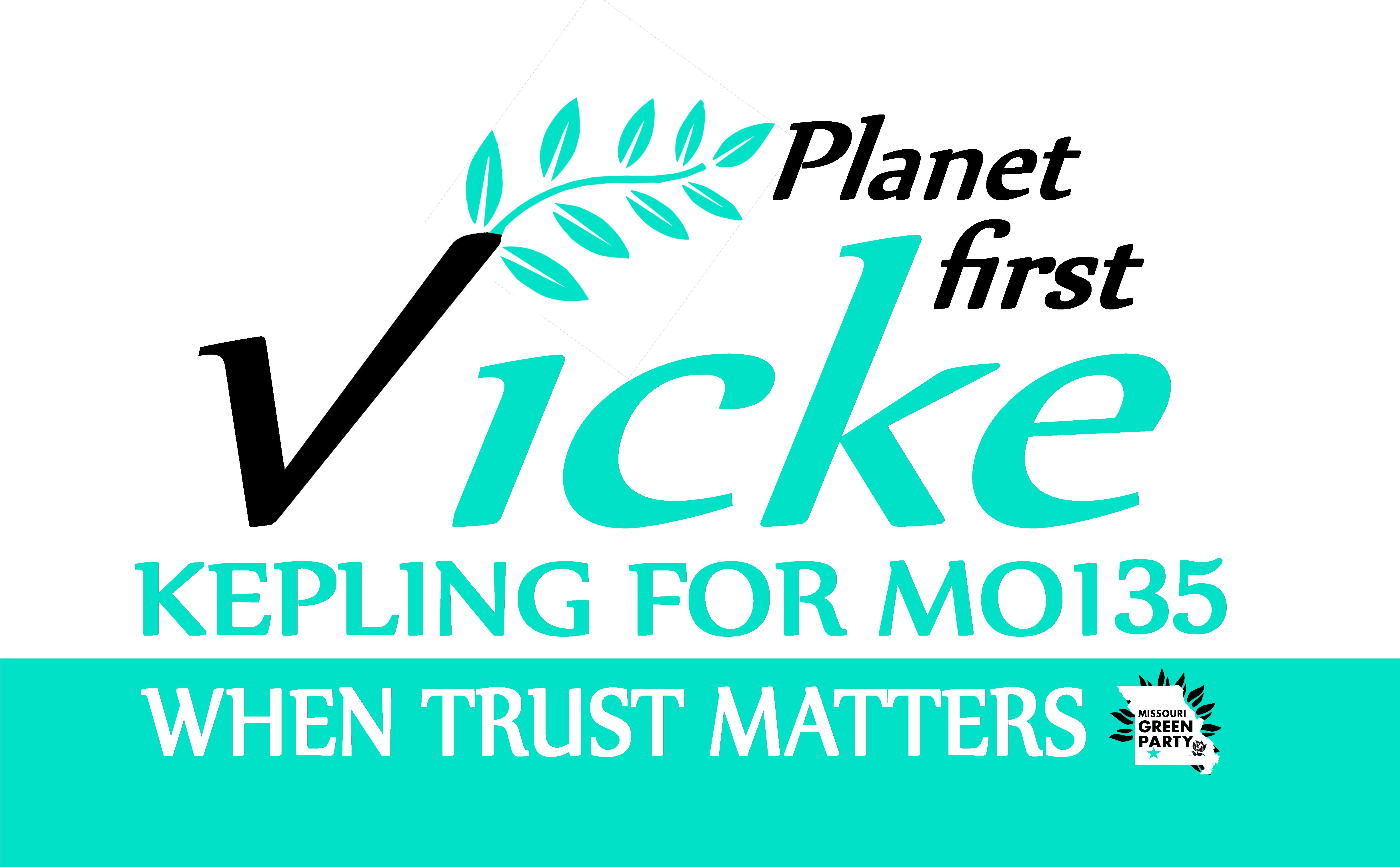 Hi, I'm Vicke Kepling, and I AM APPLYING FOR THE JOB of State Representative of Missouri Legislative District 135. Voters will decide whom will be hired for this position.

Why should you hire--vote for--me? I CARE A LOT ABOUT THE PEOPLE AND PLANET and am not afraid to stand up against big-money forces. It is imperative that we protect our state's natural resources for the sake of our children and our children's children.

My record is extensive. I have Master's Degrees in Business Administration and Technical and Professional Writing along with a Graduate Certificate in Public Management, all from Missouri State University (MSU). Since graduating, I have taught at the University as an adjunct writing instructor. My list of community involvement is long and includes

Thank you for your donation. Any and all help is greatly appreciated. Please find my campaign on Facebook at Vicke Kepling for MO135 or on the web at www.VickeKeplingForMO135.com.