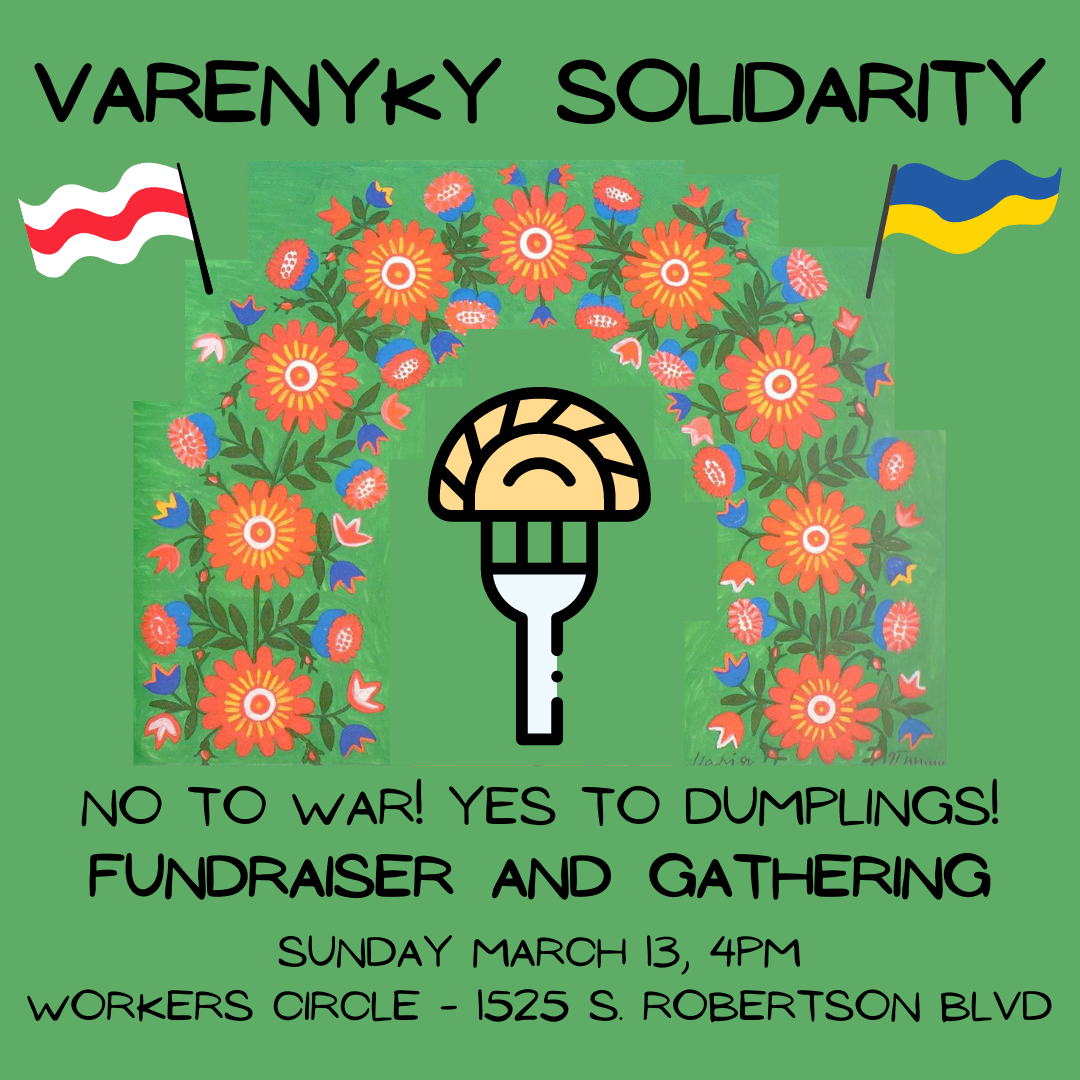 Since February 24, Ukraine has suffered an assault of brutal Russian bombings. Over a million refugees have fled the country since the war began.

While our own leaders have pulled out all the stops to aid the Ukrainian military, regular Ukrainian citizens and residents are suffering the brunt of the violence, often with little formal support. Grassroots collectives have popped up all over the region to help move people to safety and to shelter, feed, and support them.

The refugees fleeing Ukraine, the Polish organizers receiving them, and the Russian anti-war activists bravely fighting their own government for peace need the solidarity of the international community.

There are many fundraising initiatives circulating online, including some fraudulent ones. When you contribute here, you can be sure that funds are going directly to refugee and civilian operations that need them.

Funds collected here will go to two sources:
• Grassroots refugee collective Safebow, which is working to extract vulnerable people of color, LGBTQ+, and disabled people out of Ukrainian war-zones (a portion of funds will go to Safebow's Ukraine Evacuation and Resettlement Fund. Follow @raindovemodel on Instagram for regular updates about the work)
• On-the-ground organizers who are arranging transport from western Ukraine to safety in Poland

Your donations are coordinated and distributed among these causes by DSA member Clare Lemlich, who works in Eastern Europe during the summers, is directly connected with organizers on the ground, and is a member and researcher with the Safebow. Clare's effort is backed and supported by DSA-LA , which stands in solidarity with these anti-war and refugee support efforts in opposition towards imperial acts of aggression.

Want to get more involved?

Please note that donations are not tax deductible.

An earlier version of this fundraiser stated that a portion of funds would go to support jailed and fined Russian anti-war protestors. This project now supports refugee solidarity only. To find out about ways to support the Russian anti-war movement, contact Clare.

We stand with Ukraine