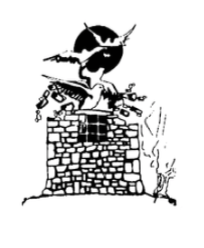 True Leap Press is a radical publishing collective based in Chicago, Illinois. We support the intellectual struggle and advocate for the building of mass-based projects for anti-racist, anti-capitalist, and anti-patriarchal political education.

Our current print publication is entitled Propter Nos (PN). It offers a platform for Black and radical antiracist theoretical and cultural work—such as poetry, short essays, experimental writing, artwork—and will also increasingly serve as a source of commentary and analysis from imprisoned activists and grassroots abolitionist organizations. It is offered for no charge on our webpage (trueleappress.com), available for purchase at select Chicago bookstores, and has been distributed free-of-charge to over 200 readers incarcerated in U.S. prisons and jails.

As we approach the final weeks of production on the third issue of PN, our collective is running a three-week-long fundraising push that will circulate on social media. The money raised will go specifically for the following things:

-  Costs to ship a silk-screen press and pamphlet-maker from Kansas City to Chicago.

While most are not familiar with our small collective, this past year we have been steadily putting in work of building the network and capacity to distribute political education materials to an imprisoned readership across the country. We offer these resources at no expense for the reader. If anyone is interested in understanding what we’re about, our new catalogue is accessible at the following hyperlink:

From June 2017 unto July 2018 we’ve experimented with a number of different methods for getting educational materials across prison walls. The most effective method we’ve decided on is further developing a Zine-to-Prison distro, a subprogram of the larger apparatus we’re trying to establish under the banner of TLP. Given the state’s increasing restrictions on books-behind-bars projects in several states, we believe the zine distro will allow us to be more effective in sustaining the type of educational relationships we envision.

At this moment, we need money largely for mailing expenses. A portion of the funds will be used to ship a pamphlet-maker machine which will allow us a greater level of output on zines, enabling us to begin our plans for a protracted, PIC abolitionist print campaign in the greater Chicago area.

We do this work as volunteers, it is not our primary job or even central political project for that matter. And until now, we have been merely scrapping by, borrowing from research funds or pulling cash out-of-pocket (with the occasional night of collecting donations at local events). Please consider donating a few dollars to this fundraiser. The support you give us goes directly into training revolutionary organizers behind bars and allows a growing number of prisoners to organize and hold study groups through the texts we distribute.