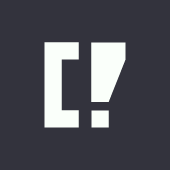 Why has the government refused to investigate Russian interference in our democracy? We plan to tell the story of how the Kremlin captured the British establishment. But we need your help to do it.

This is the story of a cover-up. One that goes to the highest levels of the British state. Beginning with the testimony of a whistleblower from within the Conservative party and featuring a cast of key players and expert witnesses, we plan to tell the story of how the Kremlin captured entire swathes of the British establishment, how a Russian spy was able to infiltrate the highest echelons of government, how the authorities turned a blind eye, and how successive Conservative governments covered it up.

Featuring Carole Cadwalladr, the Guardian journalist and Pulitzer finalist, and with contributions from leading experts including former head of M16’s Russia desk Christopher Steele, journalist Luke Harding and former chair of the Intelligence and Security Committee, Dominic Grieve, this will be a landmark investigative podcast series that exposes how fragile our democracy is and what needs to be done to protect it.

Why we need this podcast series

We have been campaigning for more than two years for a full investigation into the findings of the Russia Report. In August 2020 we joined forces with a cross-party group of MPs and peers to bring a legal action against the government for its failure to protect our democratic integrity. Our next step is to bring together for the first time all of the different threads of this story in a compelling podcast series and examine close-up the issue which our security services have identified as the single biggest threat to our national security. With your help, we think we can do it.

Your donations will pay for equipment, researchers, editing, audio-technicians and the expensive legal protections we need to ask the questions others won’t. We are offering the following perks:

Thank you as this is important

The arc of the moral universe could do with being a bit shorter. Good luck!

Congratulations on your work to expose this. Russian influence in the UK and tory party is a weeping sore on the body of the UK, poisoning everything.

Thank you. This is long overdue.

This is a story that urgently needs to be told and the truth exposed. Good luck!

Thank you for your service to this country despite the enormous personal cost. You are heroes.

Keep up the good work. Carole, your courage is breathtaking, know that thousands support you.

Wish you the best to get this podcast published

This is extremely important work. We need clear sight of how the Tories have enabled Putin's Russia to infiltrate and undermine our democracy

Thank you for your bravery and tenacity. Keep going and good luck

Looking forward to hearing this, though wishing it had all never happened.

Please Hurry up-thank you very much!!

Thank you and good luck. This is our country. 🇬🇧

Thank you for doing what our MSM is failing to do! Good Luck

Interesting, sad our tax payer funded institutions-SIS etc- and BBC are so coy about becoming involved. Isn’t that what they’re for?