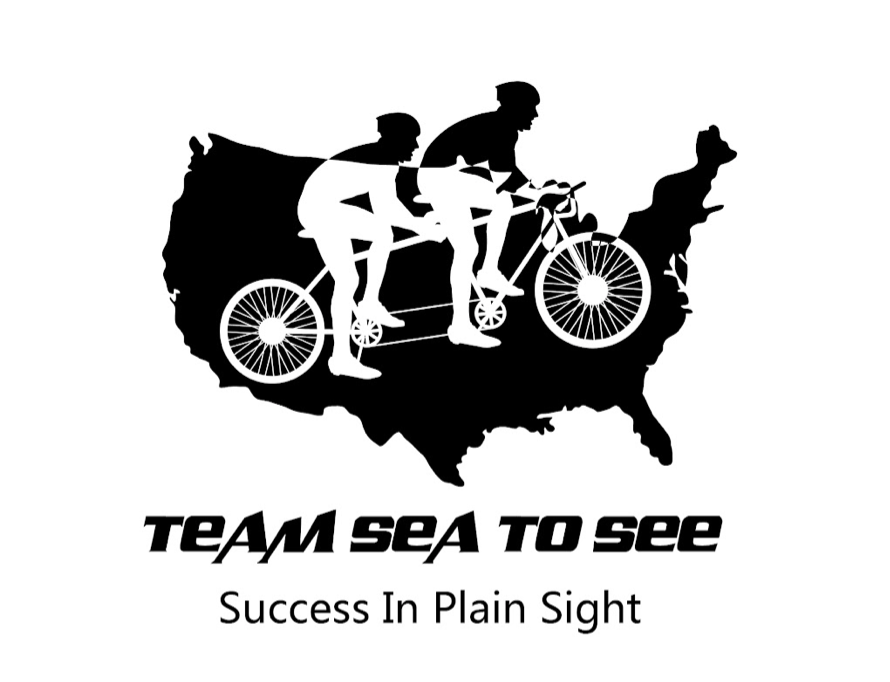 After being the first tandem team with four blind cyclists to successfully complete Race Across America (RAAM), the world’s toughest bike race, Team See to Sea (TSTS) is continuing to encourage success on and off the bike in the blind and visually imparied community.  TSTS is producing a full-length documentary film to spread the word and challenge the preconceived notions about ability and employment of individuals who are blind.  We aim to inspire employers in drastically reducing the 70% unemployment rate.   Our team has partnered with The National Federation of the Bind (NFB) as an executive producer, and we need your support in helping make the film a success.   Funds will go to post production costs (including hiring a composer who is blind and a visually impaired audio engineer) as well as marketing and distribution of the film.  Let’s make a big impact together!

As a 501(c)(3) organization, your charitable contribution to Sea to See  is tax deductible to the full extent of the law as of the date of your donation.