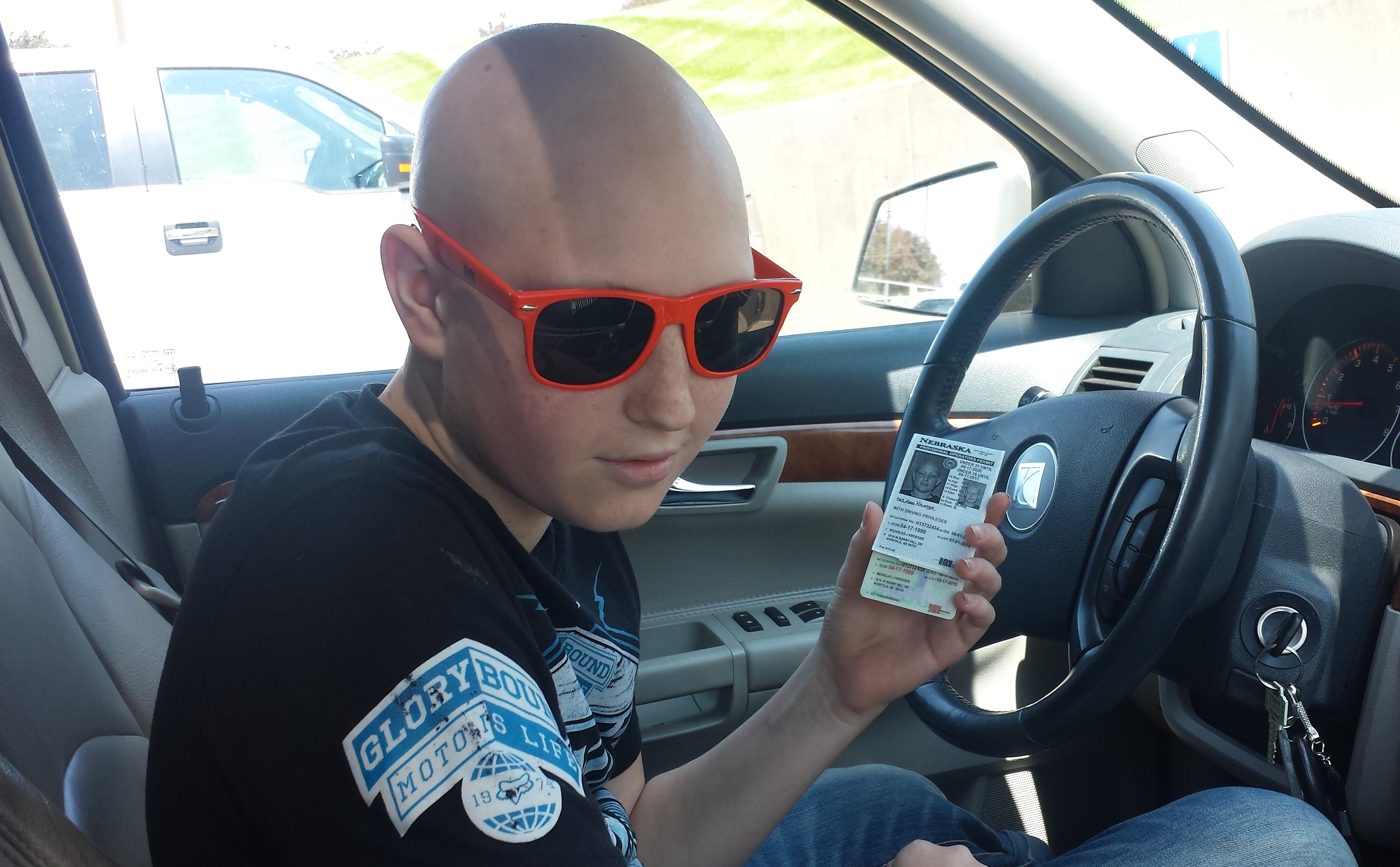 MiB Agents Makes it Better for young adults fighting osteosarcoma like Nicholas.  We do this in four ways.

Use your powers for good to Make It Better for kids with osteosarcoma, bone cancer.  Your nine-year old self would be proud :)!

My son, Nicholas, was your typical active teenager, and had a passion for riding ATV's. So when he came home from a weekend of riding and complained of pain in his shin, we assumed he had hurt himself having way too much fun. We went in and had an MRI done and they treated him for a stress fracture for 7 weeks, but because of ongoing and increasing pain, the Doctor ordered a follow-up MRI.  Imagine the shock when they called and said that they saw something concerning and immediately sent us to Omaha to an oncologist. In that moment, our entire lives were turned upside down.
My son, Nicholas Kroeger was diagnosed with Osteosarcoma, in his tibia in December of 2014, at the age of 15.  He started chemotherapy on New Years Eve of 2014. Over the next 6 months, Nick spent 18 weeks admitted into the hospital where he underwent 11 rounds of chemotherapy, a week of neutropenia (chemo induced fevers), a bout with c-diff and an above the knee amputation surgery.  We had hoped and prayed that the amputation would remove any chance of the cancer spreading. Imagine having to explain to your 15 year old child that he is going to lose his leg, but trying to stay positive that he will go on to have a "normal" life. It was heart-breaking, but not as much as when we found out in June that none of the typical protocol chemotherapy treatments had worked and that the cancer had spread to Nick's lymph nodes and his lungs. At that point we chose to discontinue chemotherapy and proceeded to travel to Mayo Clinic in Rochester, Minnesota, with the hopes of finding an experimental trial that Nick would be accepted into. Thankfully, there was an Immunotherapy trial that accepted Nick and he received his first treatment on July 7th. We traveled back and forth to Mayo a total of 3 times, with Nick receiving the experimental drug 2 times. But unfortunately Nick's cancer was too aggressive to be able to stop and on August 17th of 2015, we lost our beautiful boy, after a short 8 month battle with this beast.

As his mother, I continue to fight for Pediatric Cancer Awareness and the hope that we will find a better way to deal with this vicious cancer. I fight for the children that continue to be diagnosed with this monster and for the ones still fighting. I fight in memory of my son, Nicholas Jacob.

Facebook
LinkedIn
Twitter
MIB Agents is a Section 501(c) (3) charitable organization, EIN 81-1109906. All donations are deemed tax-deductible absent any limitations on deductibility applicable to a particular taxpayer. No goods or services were provided in exchange for your contribution.