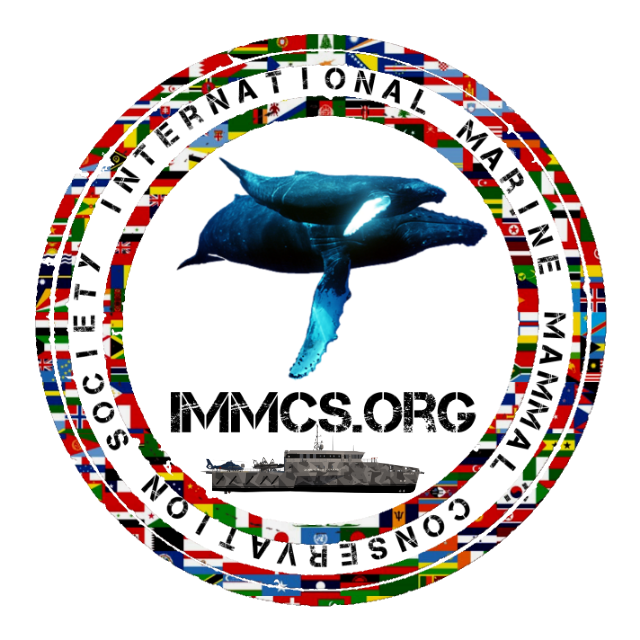 The International Marine Mammal Conservation Society is planning its return to the Atlantic region for 2021 to put in force a campaign dubbed Operation Atlantic Shield. This campaign will be about defending the great whales, and other wildlife. Depending on crewing positions filled and funding, the campaign may be launched before or after the planned 2021 date.

Our latest campaign will encompass Norway, Iceland, the Faroe Islands, the U.K., and Ireland. We're planning to deploy more than 8 units into operation at nearly the same time at any or all locations in the Atlantic, on short notice. These units will operate 24/7 and be on standby as part of the IMMCS Whale Defense Fast Reaction Force.

We will deploy small units quickly in defense of the world's oceans and wildlife. Anytime. Anywhere. We're in need of your support now to realize the campaign so we can return once again to defend marine wildlife!

Compared to the past few years we've operated in Norway, we are trying to become more mobile in the air, on land, and most importantly at sea and across the globe. We're setting the stage for anti-whaling campaigns now and far into the future.

Our goals are to have 4-8 of our own small RHIBs that we can immediately deploy to the locations where we will find the whalers/ and illegal fishing vessels that have been known to commit illegal activities.

We're also trying to get an RV or some type of vehicle to aid the transport of crew and supplies during long trips e.g. to Hammerfest, etc. In addition, in 2021 and beyond we want to equip 4 houses with 8 separate Advanced Sea-Based Anti Poaching Units (A-SBAPU) to better coordinate and deploy assets such as the new Extreme Range Counter Ship Prop Fouler Projectile (ER-CSPFP) and the Unmanned Underwater Intervention Vehicle (UUIV), designed to place objects or itself in the propeller of a ship to stop, damage or disable it from operating and ensuring illegal activities DO NOT take place.

In the short term, as we do not have the M/V Barracuda constructed yet, some of these smaller intervention assets will enable a limited ability to control the sea where the whalers operate, and to force the whalers into an area beneficial for IMMCS reaction forces to engage. We've also increased the range at which an engagement starts.

Depending on how close the whalers are to a whale, how fast they are approaching and whether or not the crew is moving and preparing on board, we've ensured that a policy to defend the whales has a large distance for response times. This means we'll deploy our units when the whalers reach anywhere within 2,000 meters or (3.5 miles) in distance to a whale or IMMCS reaction force.

One way to help us in these efforts is, of course, to volunteer, but to donate funds or supplies on our wishlist, as without the necessary campaign or operational funds, we are again as limited as we were before. There were 4 times that our hands were tied and we were unable to get to sea, because the financial resources were scarce, which our executives paid for. We try not to ask, especially during these hard times, however, it is now time that we ask for your support to grow and expand our anti-whaling and marine conservation campaigns further on a global scale.

In addition, we need local people and translators.

The teams are composed of the following bases:

4-8 boat commanders. Each rhib will have 1 to 2 additional escorts, either filming, acting as a decoy or engaging illegal vessels using a double "X" method of engagement. Volunteers and crew will be informed about the risks, policies, procedures, rules of engagement, no drug or alcohol policy, etc.

To learn more about the recruitment process visit; https://www.immcs.org/get-involved/

Land team: The land teams work in 16 groups if possible, along the coast and 8 groups have the task of constantly keeping an eye on and documenting the 8 different Advanced Sea-Based Anti Poaching Unit (A-SBAPU) groups on the water.

There will be 4 protest groups (which could further splinter into 8 and cover more areas) will proceed with the actions in towns and villages and will carry out individual small actions directed directly at whalers and their supporting factories or infrastructure.

The last 4 groups will take over the longer trips and control the transfer of ships and possibly if we have enough funds also the transportation vehicles in sight. Please send an email to our recruiters if you are interested!

In addition, we are looking for a media editor for all teams, who will handle all of the editing of videos as well as online work, here we want to save more time to increase our effectiveness! Additional information will not be available until the end of June-July, but we will keep you informed here and on our social media and website.