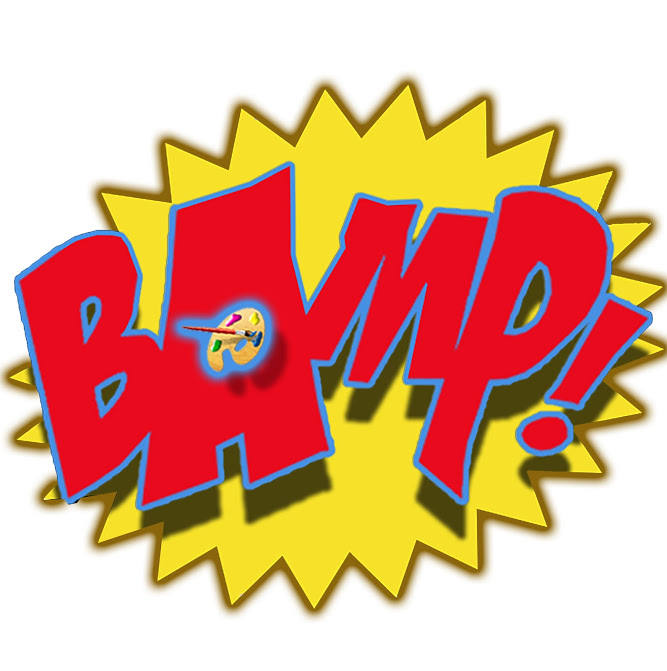 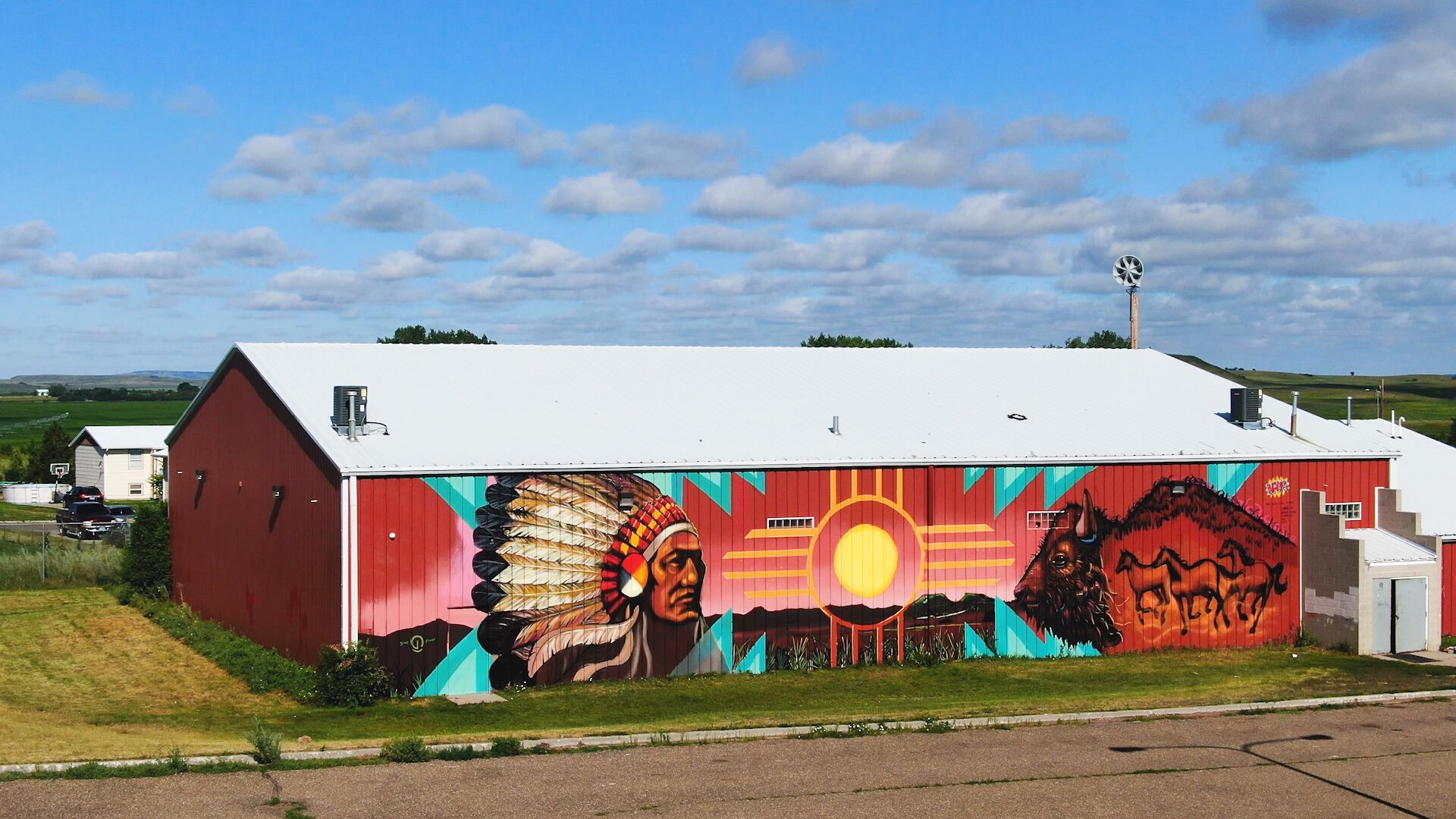 In 2017, the controversial Dakota Access Pipeline became operational, following passionate protests because of the pipeline’s impact to the environment and to sites sacred to American Indians. Out of this controversy and out of concerns of the pipeline’s impact on the environment, the Sioux Nation fought back in an unconventional and empowering way by working with Give Power Foundation and its partners to build the first and largest solar energy farm in North Dakota.This summer, The Bay Area Mural Program (BAMP) was invited to paint a mural in celebration of the unveiling of the new solar panels. The mural is located on the gymnasium in the center of the Sioux Reservation in Cannon Ball.  The image highlight the Native Symbol for the Sun/Solar Power) with a rare image of Chief Sitting Bull facing the spirit animal of the bison and wild horses. 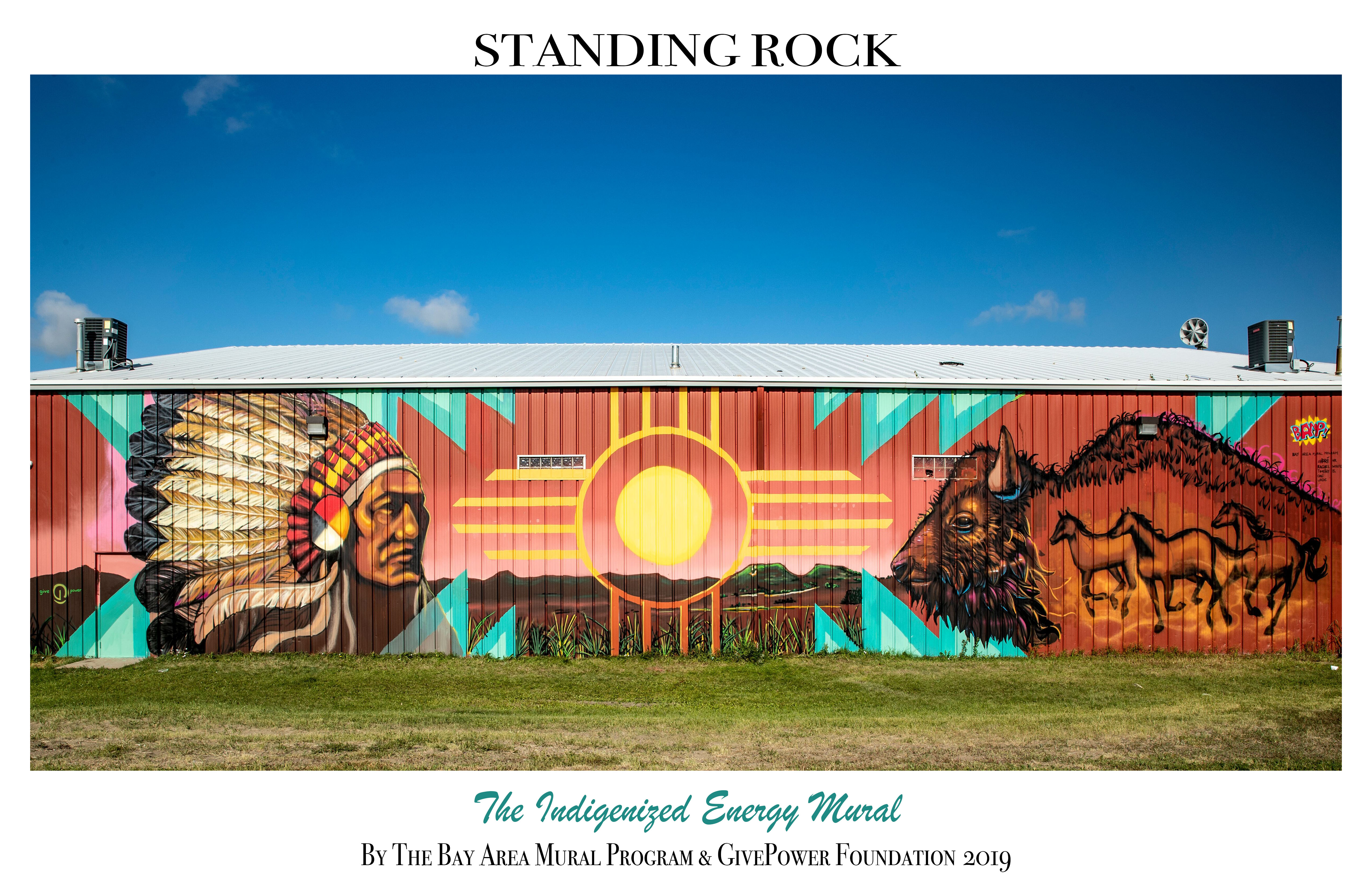 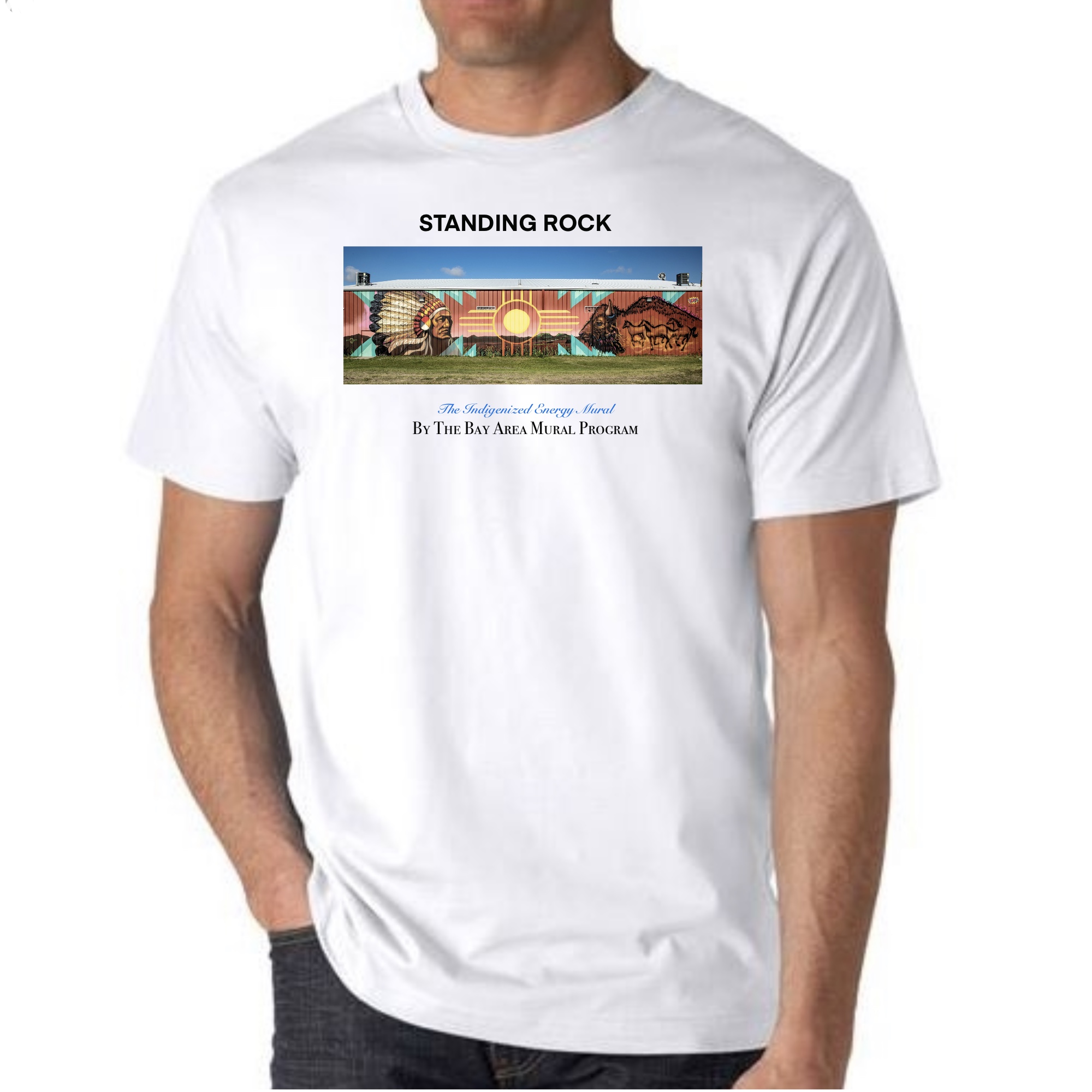 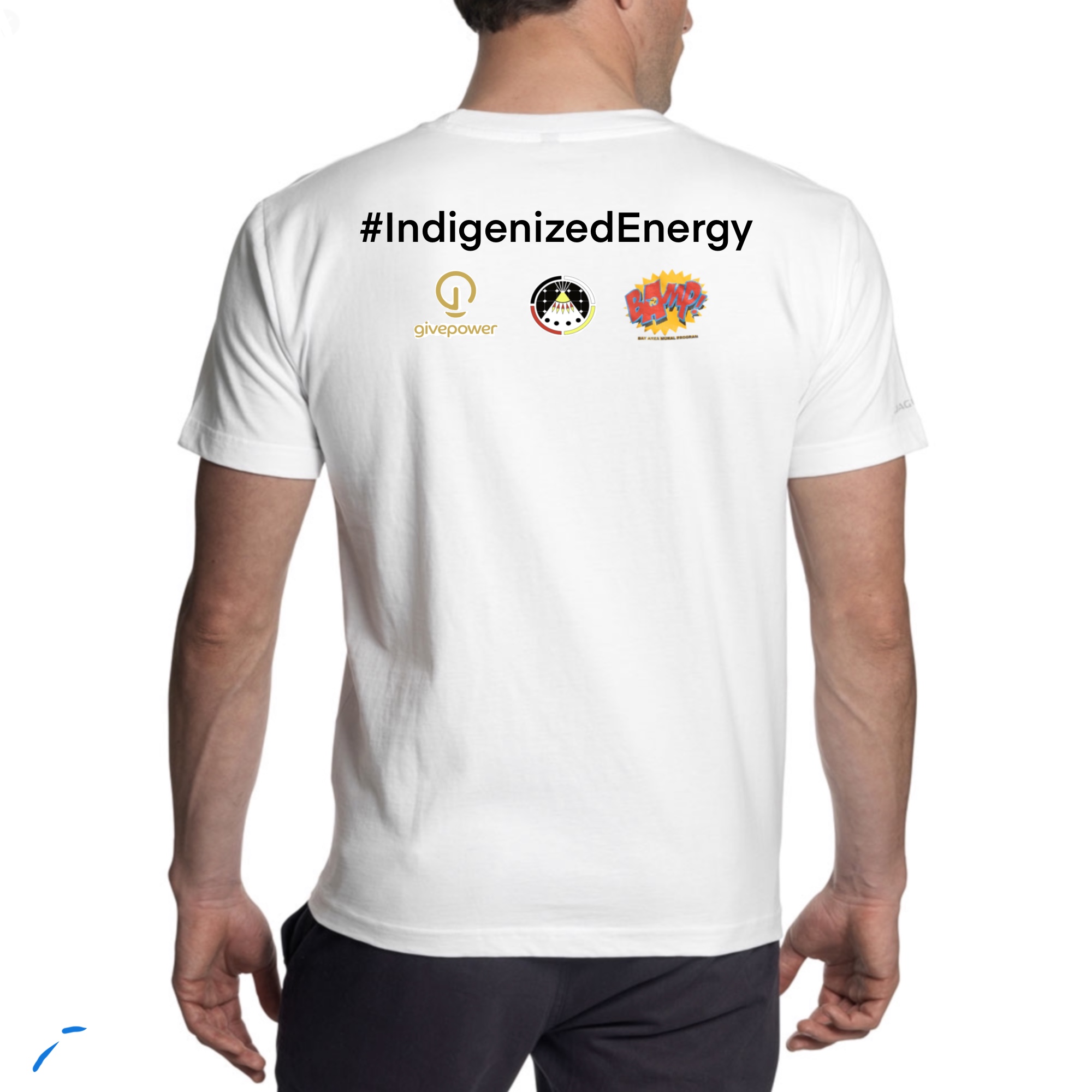