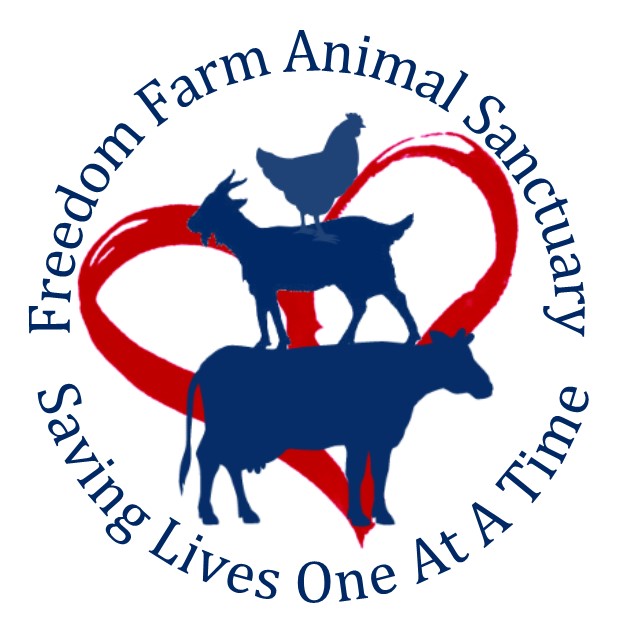 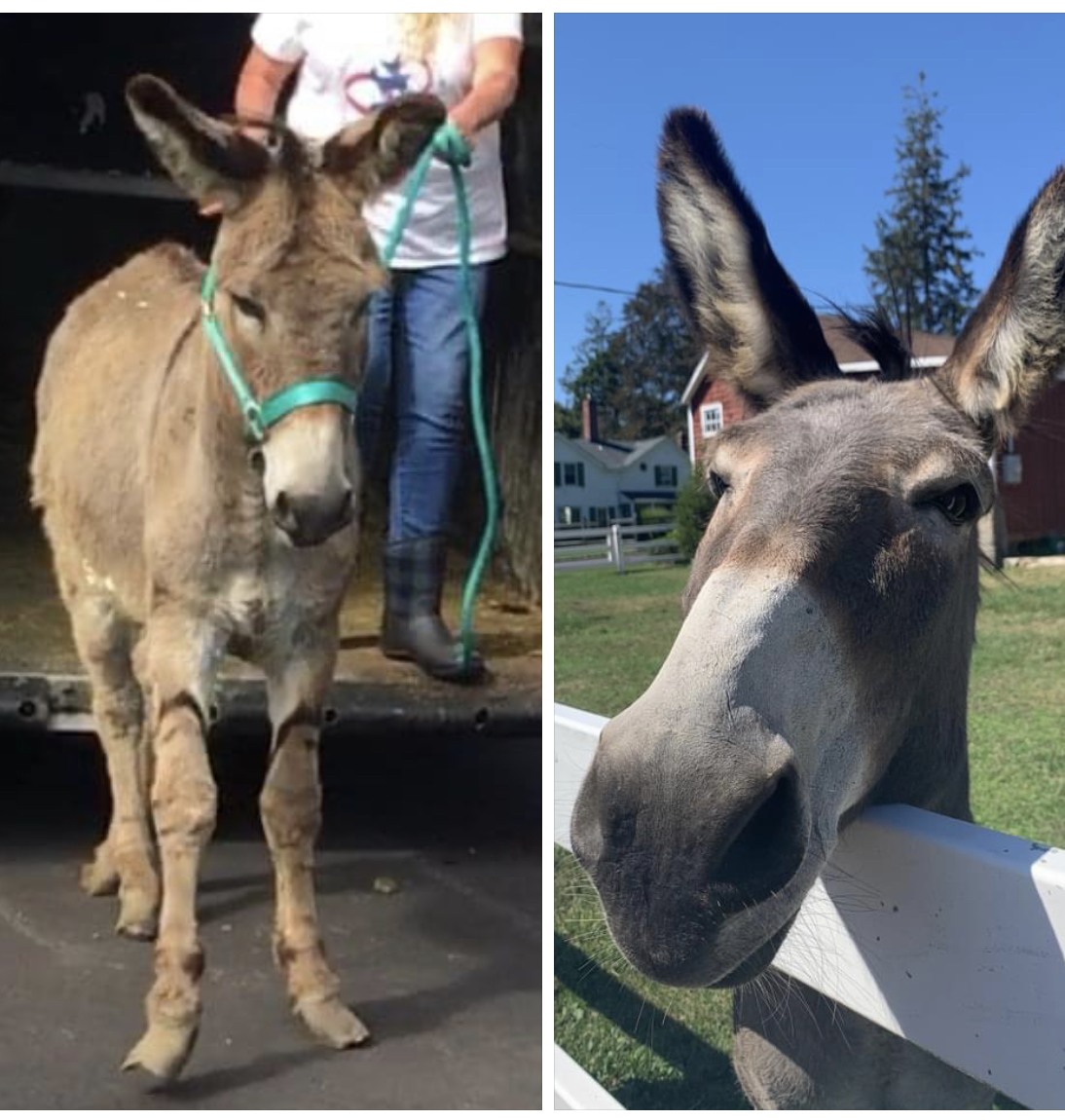 When we heard about Rico, he was in a kill pen in Oklahoma. He was set to be transported to Mexico to be slaughtered. We worked hard to find someone that could transport him to our New York location. Rico finally made the long journey in May 2020. When he arrived he was so frightened. He would cower when we approached him. His hooves were extremely long and he was urinating blood due to severe dehydration. After his exam by the veterinarian, we were told he was blind in one eye due to trauma and also infested with lice. He had been neglected and abused most of his life.
after months of treatment, Rico is doing great. He is beginning to trust and allows people to approach him now.