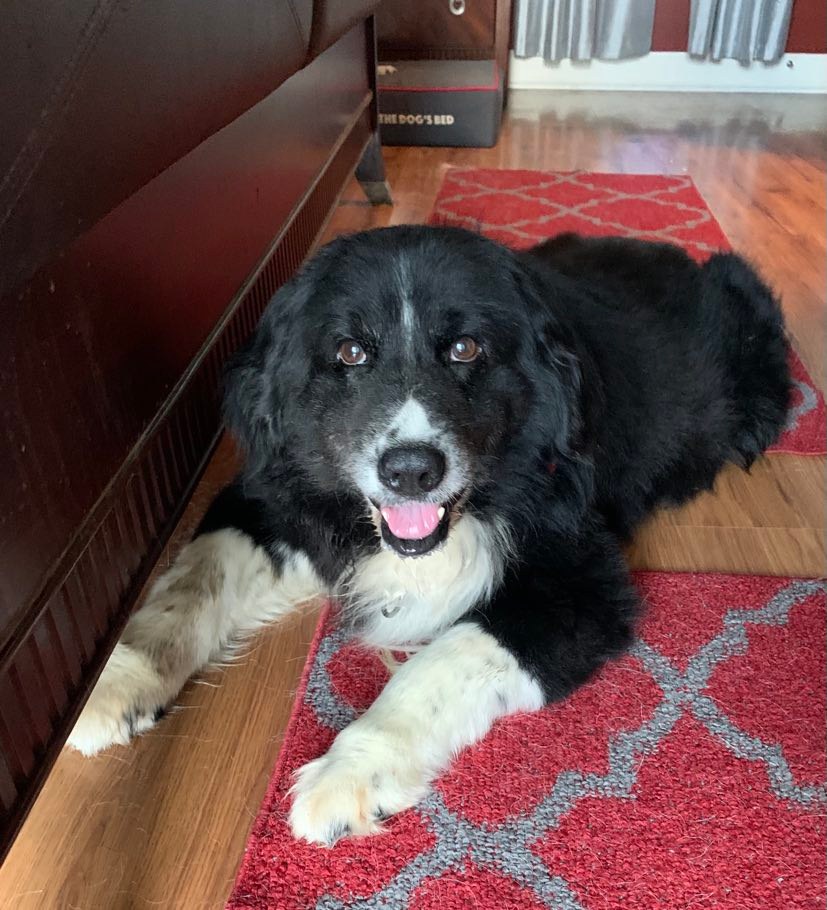 We were notified about a dog living in a pen hours away on the Arkansas border.  They called him Mutt.  The owner was being evicted and he was going to shoot the dog if someone did not come and get it.  One look at the face of this poor old dog, with dead eyes, begging for help set us in emergency mode. We hopped in the van and started driving.  We were literally in the middle of no where, surrounded by corn fields, no cell service, no GPS, it was quite unnerving but we were determined to find this dog before it was too late.

Once we finally found the property, there was an adorable Border Collie mix, who hung his head and paced in his outside pen that did not even have a door.  His water was green and food was dumped over the fence of the pen, the owners never having to touch this poor dog.  We cut the wire fencing and the owner went in and pulled Mutt out by his ear.  This was incredibly heartbreaking and we quickly and gently put a slip lead on Mutt and loaded him into the van and we were all on the road to safety.

Mutt had literally never received a human touch.  He ran circles and pooped and peed as he circled. We had to completely sedate him to take him to the vet where he received a full exam.  Luckily, Mutt was pretty healthy for a dog other than some digestive problems and dental issues.  This was amazing to us as he had never been to the vet or received care of any kind.

Mutt learned to walk on a slip lead and received slow, gentle touches but is still very apprehensive of human hands.  We see small changes every day which we consider monumental considering his years of neglect.  We lovingly refer to him as Muttley, which is a Hannah Barbara cartoon character from the late 60s. Muttley is now safe, warm, and learning that humans can be good and that a brush and a body massage feels really good.

We hope to gain more of his trust every day and will continue to pamper this deserving boy and give him all the comforts of an inside home.