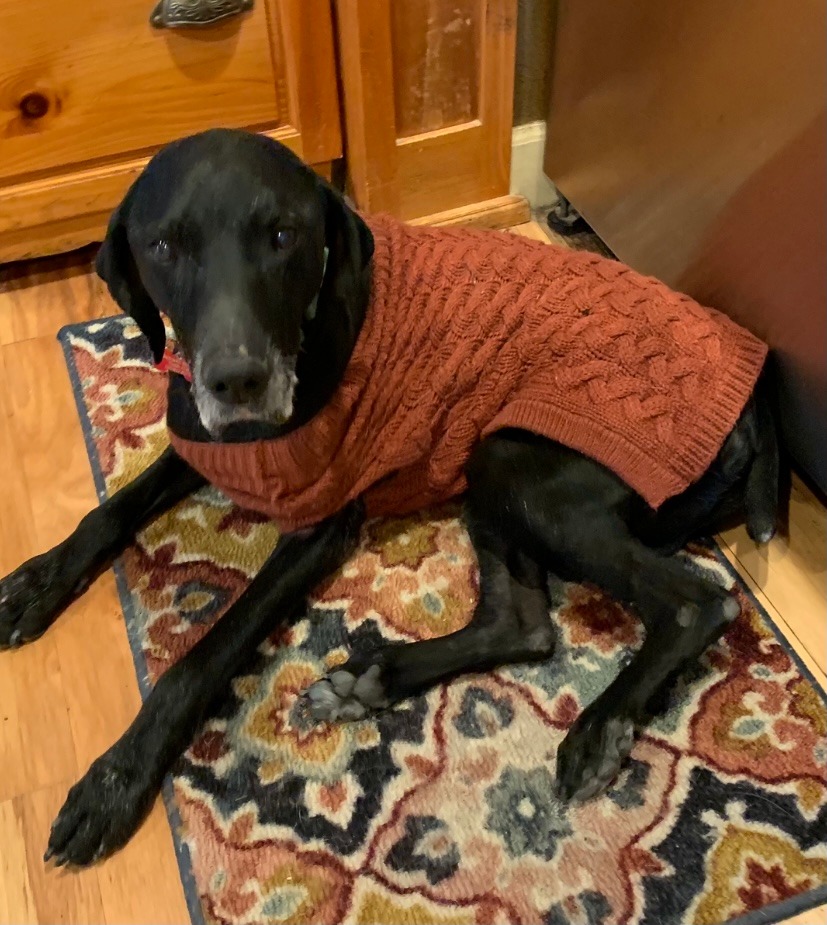 This boy wandered up to a family’s back porch in desperate need of help. He was emaciated, had sores all over his body and it was obvious that he was an old guy. The rural Missouri town where he was found does have Animal Control and they were called but they did not have the resources to help him so Unchained Melodies Dog Rescue was contacted. His founder named him Chance, because it was evident that this poor dog needed just that, a second chance.

Chance immediately went to the vet, where he tested positive for heart worms and was scheduled to have a cancerous cyst removed from his foot. Unfortunately, removing the cyst led to removing one of his toes, the third digit.  It was confirmed that the sores on his body were from years of sitting on cement. You see, Chance is an English Pointer, a hunting dog. Hunting dogs often spend their entire lives in small, outdoor pens, only getting out when they go on a hunt. All too often, they are forgotten about or disposed of when they cannot perform the hunt any longer. It is a horrible fate for these dogs that want to be with their owners as family pets just like all dogs do.

Chance had his tumor removed, and we will watch for new cysts to pop up and remove them as they do. He has started the preliminary heart worm treatment, he is of a decent weight, but still needs to gain about 5 lbs, his sores are healed and growing hair once again. Chance is in a foster home where he loves his orthopedic bed and loves to hold soft toys, blankets, even socks in his mouth and drag them around the house. He wears sweaters because his still thin body gets cold and he shivers. Chance is the friendliest dog to everyone he meets and we will continue to care for him for the rest of his days, we just hope that he has many year’s left to enjoy a happy life in the comforts of a real home.