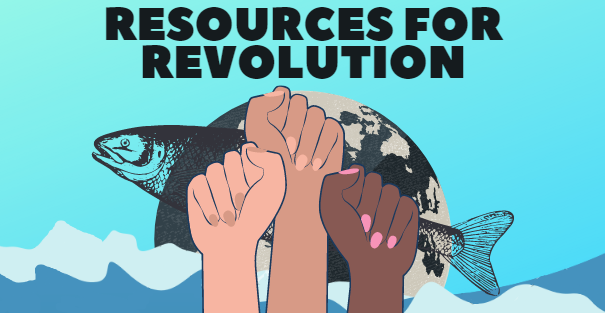 Resources for a Revolution of Care

The Social Justice Cooperative of Newfoundland and Labrador (SJCNL) is committed to organizing and rallying for social and environmental justice in our province. In the past year, we've worked with community partners to build the Coalition for a Green New Deal NL, hosting gatherings like town halls and Green New Drinks, bringing the community together to voice concerns and work collectively toward sustainability and fairness.

The SJCNL is a community partner in the Climate Action Coalition and helped to organize the MUN Climate Action Pledge. We also have a hand in organizing the St. John's Climate Strikes, led by Fridays for Future, and hosting art pop-ups for sign-making in partnership with St. Michael's Printshop. The next climate strike is on Black Friday (Nov. 29, 2019) and we hope to see another impressive turnout - keep an eye out for our art pop ups and come make some protest signs with us!

In recent news, the Coalition for a Green New Deal NL collected signatures at the Sept 27th climate strike and petitioned the city of St. John's to declare a climate emergency. The motion was debated on Monday November 4th 2019 and was passed unanimously. Huzzah to the St. John's city council on this step forward.

You can help us keep momentum going by sponsoring our work. Independent donors allow us an uncompromising political voice!

Over the coming decade, we will need to educate, advocate, and organize with as much courage, conviction, and independent funding as we can muster!

Working together, we can bring about the social, political, and economic transformations necessary to avert climate catastrophe -- while creating better jobs, economic equality, healthy communities, genuine respect for Indigenous rights, food security, and a renewed hope in our collective future.

We invite you to join the growing network of activists and organizers in NL who are working together to build a bright future for Labrador, Newfoundland, Nitassinan, Nunatsiavut, NunatuKavut and Taqamkuk.

With love & in solidarity,

The Social Justice Co-operative is doing incredible work in the community and I am so grateful to be involved. I believe in the work we are doing and am inspired by the way we continue to pull together in a time of global uncertainty.Thank you all for being part of the team, keep up the fight for a better world. *solidarityfist*

The climate crisis is such a vital issue of our time and I so appreciate the work SJCNL are doing locally to press the issues with government, create public awareness, and work to change our broken system from the grassroots level! You rock Resources for Revolution, high five 🙌🏻

This group is an inspiration - such energy and enthusiasm in a just cause. I hope my donation will help you reach your full potential!

Glad to donate to a great organization. Keep up the good fight for everyone to have a voice and be heard.