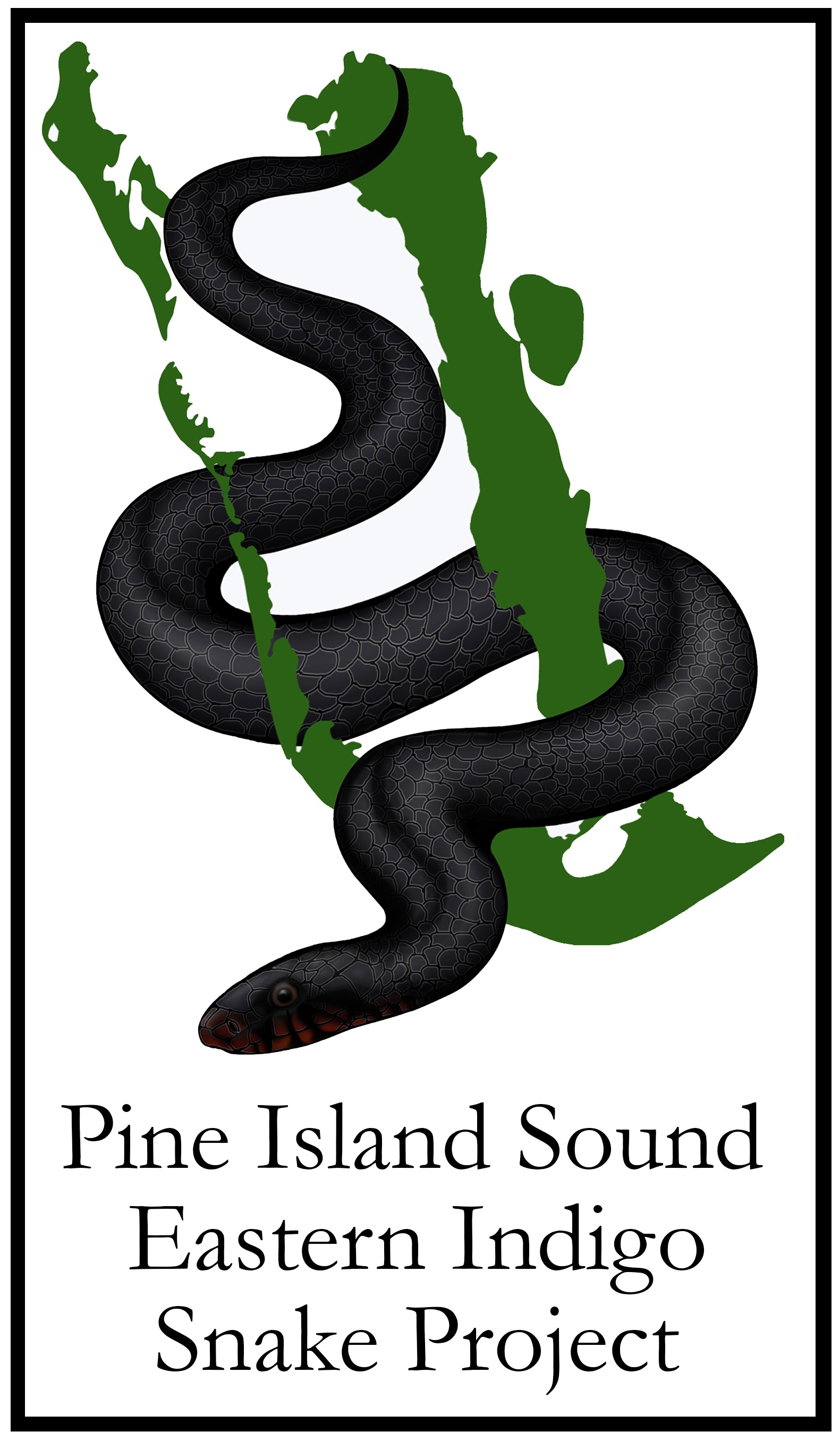 The cost of adopting an eastern indigo snake is $75. By adopting an eastern indigo snake, you will be assisting our project by helping with the cost of pit-tags (microchips) and scanners, signage on the islands, fuels costs for boat travel to the islands, as well as various materials and equipment needed in our indigo snake field kits that are kept on each island in Pine Island Sound. The materials and tools included in these field kits are a scale, measuring tape, vials for genetic samples, sexing probes, forceps, tweezers, alcohol wipes, pit-tags, pamphlets to be handed out to the public and program t-shirts to increase awareness of the project.  You will receive an eastern indigo project pamphlet with every adoption plus will be part of this much needed effort to sustain these magnificent reptiles in Pine Island Sound.

If a gift, please include recipients name and address on first page of the form.

More information on the program can be found by clicking here.