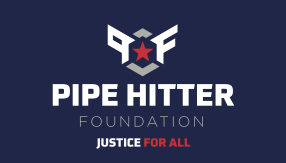 OUR MISSION IS SIMPLE: SERVE THOSE WHO SERVE US.

This is yet another example of a politically motivated prosecution of a Navy SEAL who has served this country with distinction and who now risks losing his medical benefits incurred as a result of combat injuries.

For the full story of Navy SEAL Aaron Howard's case, please click this link and read the article by Sara Carter.

The highlights of Navy SEAL Aaron Howard's case are:

• Aaron was found not guilty of all serious charges and dinged on a  ‘good order a discipline’ violation to seriously punish a decorated combat veteran in a completely unnecessary and demeaning fashion.

• Admiral Green, the DEVGRU, The SEAL command, and prosecutors are using the process as the punishment to destroy Howard’s career and strip him of his medical benefits – benefits he needs after combat injuries including TBI, missing facial bones, and PTSD and more.

• Navy leaders are guilty themselves in Aaron's case of undue command influence, shaming, and exacting their own version of extrajudicial punishment when Howard was found not guilty by the system.

• His jury specifically stipulated he should keep his medial benefits after trial, but Navy bureaucrats have undermined them and acted in direct contravention of Navy policy for service members diagnosed with PTSD and TBI.

• Aaron maintains his innocence, has passed a pair of polygraph tests, and was cleared of all serious charges at trial by a jury of his peers.

• The PHF supports Aaron and his family because we stand up for those who fight on our behalf, and are pointing out the glaring examples of Aaron's case that display as clear as day how broken the UCMJ is.

Please consider donating today with a contribution of $25, $50, $100 so that we can support Aaron and his family.  No service member should have to endure what they are going through right now after year's of service to our country.