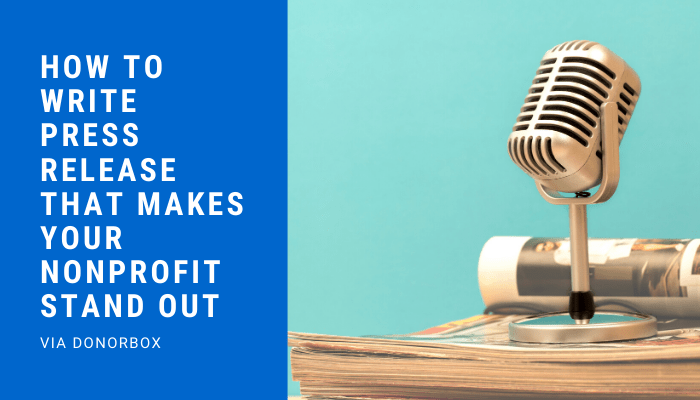 You may wonder if press releases still hold relevance in today’s age of social media and content marketing.

After all, why would journalists want to read a lengthy press release when they can just pick and choose news from a company’s social media channel or blog?

Even though there has been a drastic change in the way news is being consumed and reported, it does not make press releases any less important. What’s changed is the way they are written and approached.

As per this study, journalists often have more than 300 emails waiting for them each morning. To be noticed, you need to ensure your narrative is relevant and newsworthy and appeals to the reader.

For a nonprofit organization, some newsworthy and notable occasions to send out a press release include the launch of the nonprofit, raising awareness for a fundraising program, achieving a fundraising milestone, sharing survey results, and highlighting a valuable accomplishment.

So, you want to write a press release? Let’s make it count.

Here are seven tips to help you write a stellar press release that makes your nonprofit stand out and gain visibility.

Before you start drafting the release, it’s essential to think of an angle – what do you want to achieve from this press release? What do you want readers to take away?

Choosing an angle will add structure to your press release and keep it focused. There’s nothing more frustrating for journalists than to receive a generic pitch that’s all over the place. Don’t expect them to come up with an interesting angle —your press release will just be set aside.

So, think about what makes your news piece unique, what impact you want it to have and why should people care about it? 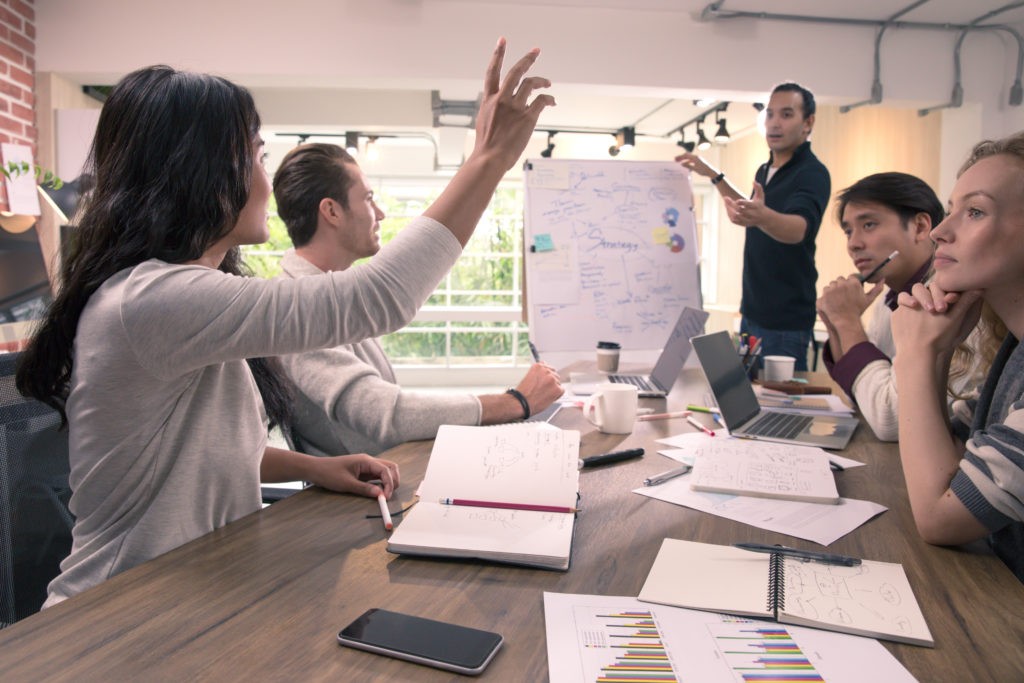 The importance of a compelling headline cannot be emphasized enough.

Your press release’s headline decides whether it’s going to get read. So, make sure you put in enough thought into crafting a headline that grabs the journalist’s attention.

Think beyond the traditional press release headlines and get creative – include data and make it clever or use humor while putting across what the press release is about.

For example, if you raised a huge amount from a fundraising event, be sure to include that and the period of time it took in the headline to make it impactful.

A good exercise to do while writing headlines is to think whether as a reader, the headline would compel you to read the news piece.

It’s best to write the headline at the end – so you’re able to read the entire article and craft an appropriate headline that does justice to it. 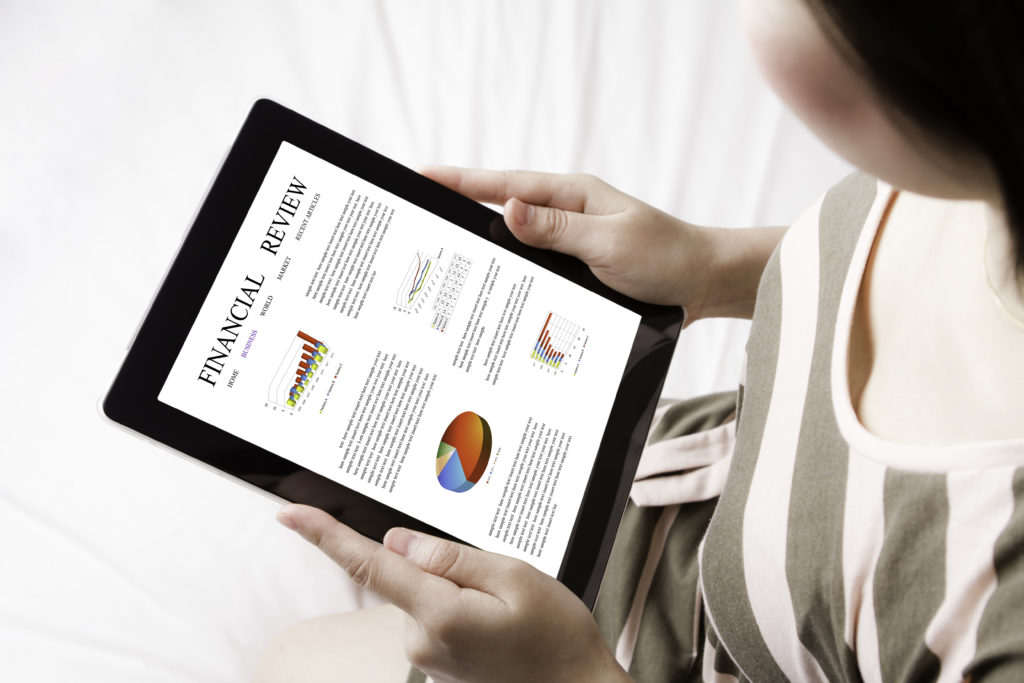 Hook Readers with a Strong Opening

So you’ve managed to grab the journalist’s attention – great job! Your next challenge is ensuring they are invested in reading it.

How do you do that? You hook readers from the start with a strong opening. The hook is the first one or two sentences of your write-up which sets the first impression.

There are various ways to open with a bang such as starting with a quote, asking a rhetorical question, and sharing startling facts.

Make sure you don’t make the mistake of repeating your headline in the first few sentences since that’s a waste of this crucial space.

When it comes to writing press releases, presenting quotes by key stakeholders has been a norm. However, many people add a quote just for the sake of it, without adding any real value.

For instance, a quote that reads “We’re pleased to launch XYZ” does not really say anything productive. Another mistake you can make with press release quotes is that they act as a rehashed version of information that’s already in the press release.

Adding quotes is meant to humanize your brand while giving the reader additional insights into your nonprofit organization.

So, keep quotes insightful, concise and conversational. The best ones are those that are picked as headlines for the published piece.

Bigger is not always better. With decreasing attention spans and journalists receiving numerous pitches, the last thing you should do is send across a lengthy press release.

As per Newswire, the ideal length of a press release is 300-400 words.

So, while you may want to say a lot and fill your press release with details, it’s important to prioritize the information and stick to the press release angle.

What’s important is getting straight to the point, addressing why your news piece matters, including some insightful quotes and ending with a direct call to action (when applicable).

Complement it with Visuals

Along with the content of press releases, even the formats are changing.

In order to get your news considered, it’s becoming increasingly important to use a mix of formats that communicate your message in the best possible manner. For instance, if your nonprofit organization has conducted a survey, you can design a visually appealing infographic. They’re easy to digest and share, thereby increasing your chances of getting coverage.

Similarly, if you are seeking coverage about a successful event you held, consider creating a video and distributing it to the journalists, instead of a written press release. 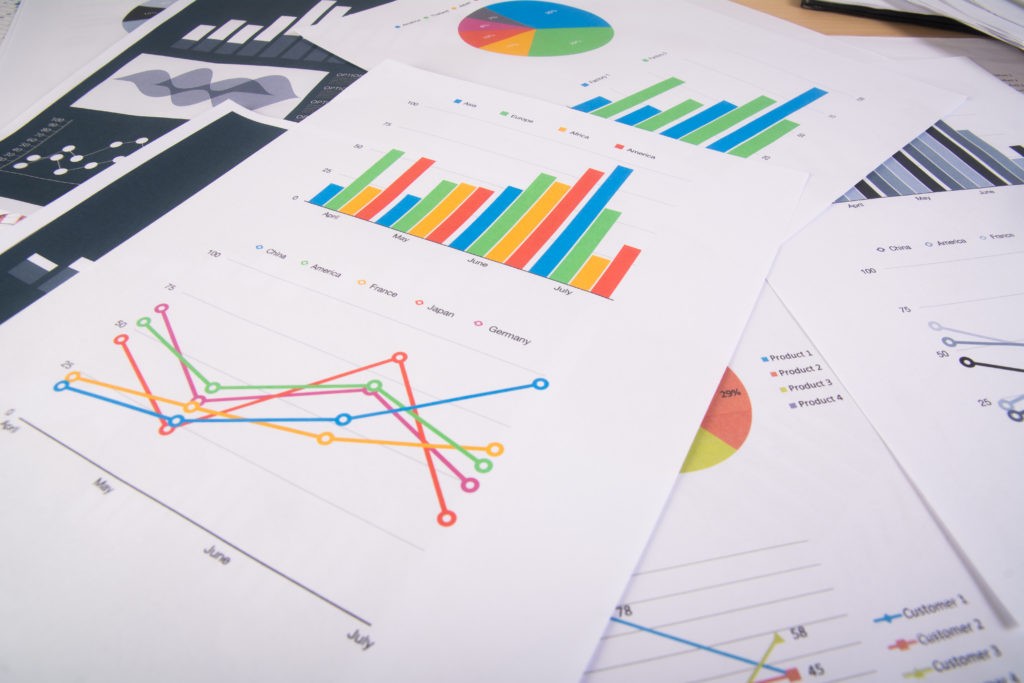 Include an Effective Boilerplate

An often-overlooked element of a press release is a well-written boilerplate at the end.

A boilerplate needs to include useful and relevant information about your organization such as what is it about, organization size, and mission statement. It’s a good idea to include any noteworthy awards your nonprofit might have won to add credibility.

This section should also include links to your website and social media channels for journalists to get more information if required.

Remember to include the contact details (name, telephone number, and email address) of the main point of contact at the end of the boilerplate – in case a journalist needs to get in touch for further information or an interview opportunity.

Press releases are useful in building awareness and strengthening reputation but they’re most effective if you go beyond the traditional norms of writing press releases and adapt to the changing times.

So, follow these seven key elements and you’re sure to write a stellar, newsworthy press release for your nonprofit organization.

Adela Belin is a content marketer and blogger at Writers Per Hour. She is passionate about sharing stories with the hope to make a difference in people’s lives and contribute to their personal and professional growth. Find her on Twitter and LinkedIn.