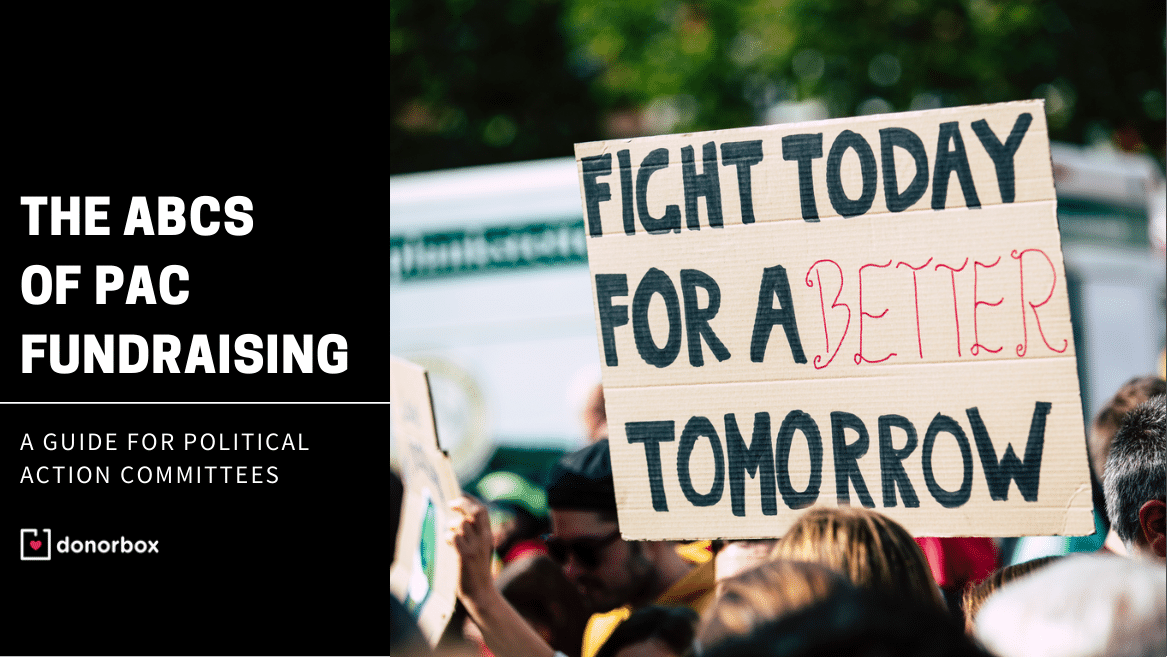 The ABCs of PAC Fundraising: A Guide for Political Action Committees

PACS does qualify for tax-exempt status with the Internal Revenue Service. Since these committees are political organizations, they are monitored closely by the Federal Election Committee (FEC).

If you want to start your own PAC, this article will walk you through how to create a PAC and the legal and reporting requirements to keep it running.

What is a PAC? 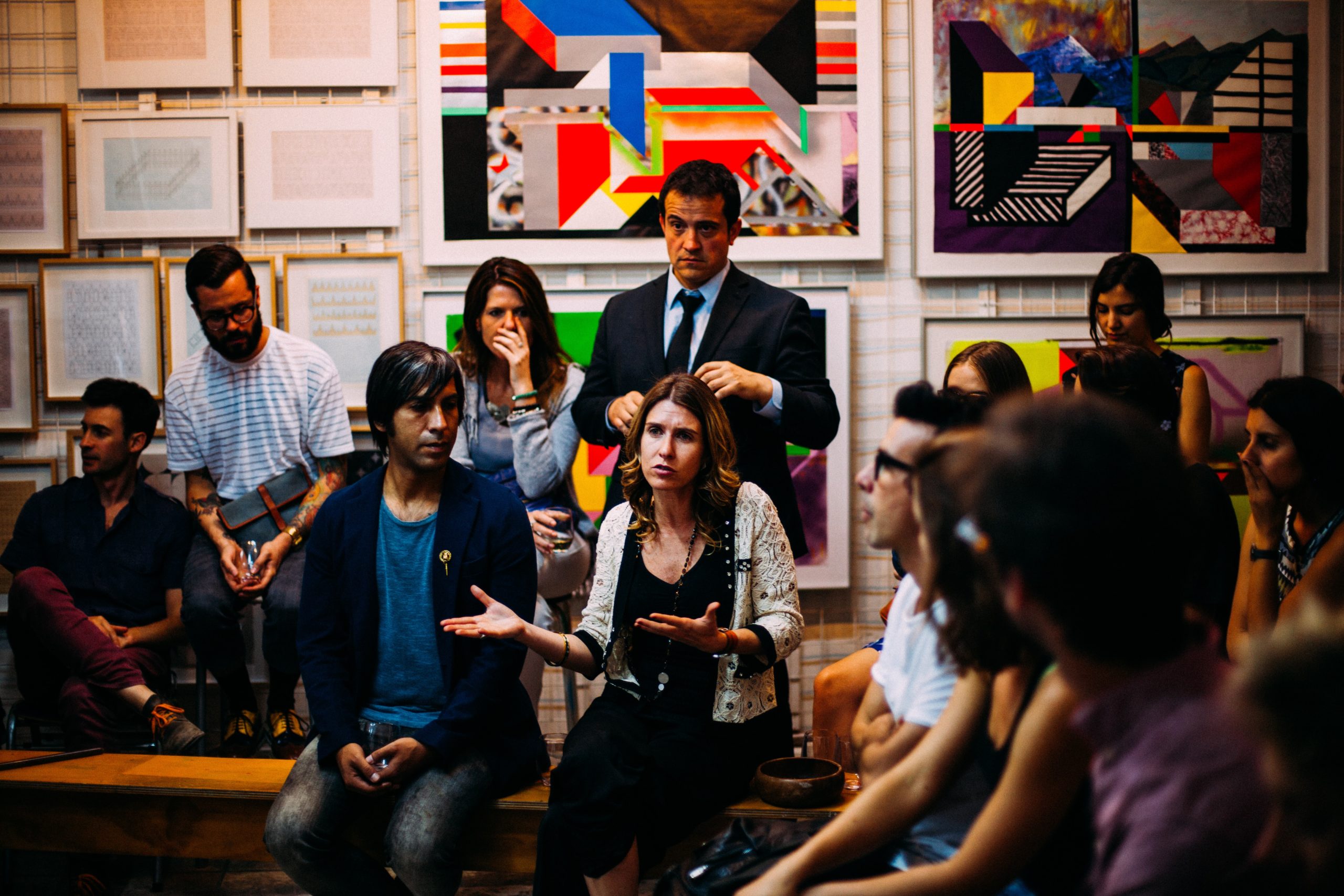 PACs are nothing but Political Action Committees that can be formed by individuals, companies, nonprofits, or other labor or trade groups. They can pool members’ political contributions to donate to politicians or political parties.

All PACs are 527 nonprofit organizations, but not all 527s are PACs. The purpose of a PAC is to raise and spend money to elect and defeat specific candidates. PACs can be issue-based or party-based. They can support several candidates in one area or across the country. Most PACs are started by businesses, labor unions, or individuals who are passionate about ideological issues.

PACs have grown in popularity and power recently, but the first PAC was formed in 1944. The Congress of Industrial Organizations (CIO) started to reelect President Franklin D. Roosevelt. This PAC was funded entirely by voluntary donations from union members. The fact that union members donated funds willingly allowed the committee to bypass the Smith Connally Act of 1943, which disallowed unions from giving to presidential candidates.

As PACs continued to grow in popularity, they split into a few different categories.

Here are the different types of PACs:

This type of PAC is different from the others. The Corporate PAC is legally called a Separate Segregated Fund (SSF) and raises funds directly from its shareholders, members, and employees. Corporate PACs or SSFs are highly regulated and must not use funds from their general treasury fund. They must keep all donations for this PAC in a separate fund.

PACs consisting of professionals like attorneys or surgeons accept members’ contributions and fund political candidates and parties who support their work.

Ideological PACs form to raise money for a single issue or mission. These committees can accept funds from individuals, connected PACs, and other organizations.

Leadership PACs are created by the politicians themselves to raise funds for other members of their party and are essential when parties try to hold or win back Congress. These PACs are not for all campaign expenses but for collecting funds for polling, consultants, and other non-campaign-related costs.

Super PACs have gotten the most press recently, thanks to the Supreme Court decision in Citizens United v. Federal Election Commission. Prior to this ruling, Super PACs did not exist. These committees can collect unlimited funds from individuals, corporations, unions, and other groups. Funds from these committees cannot contribute directly to campaigns or political parties, but unlimited amounts can be useful in ads, mailings, phone banks, and other communications that help candidates win or lose a campaign.

How to Start a PAC 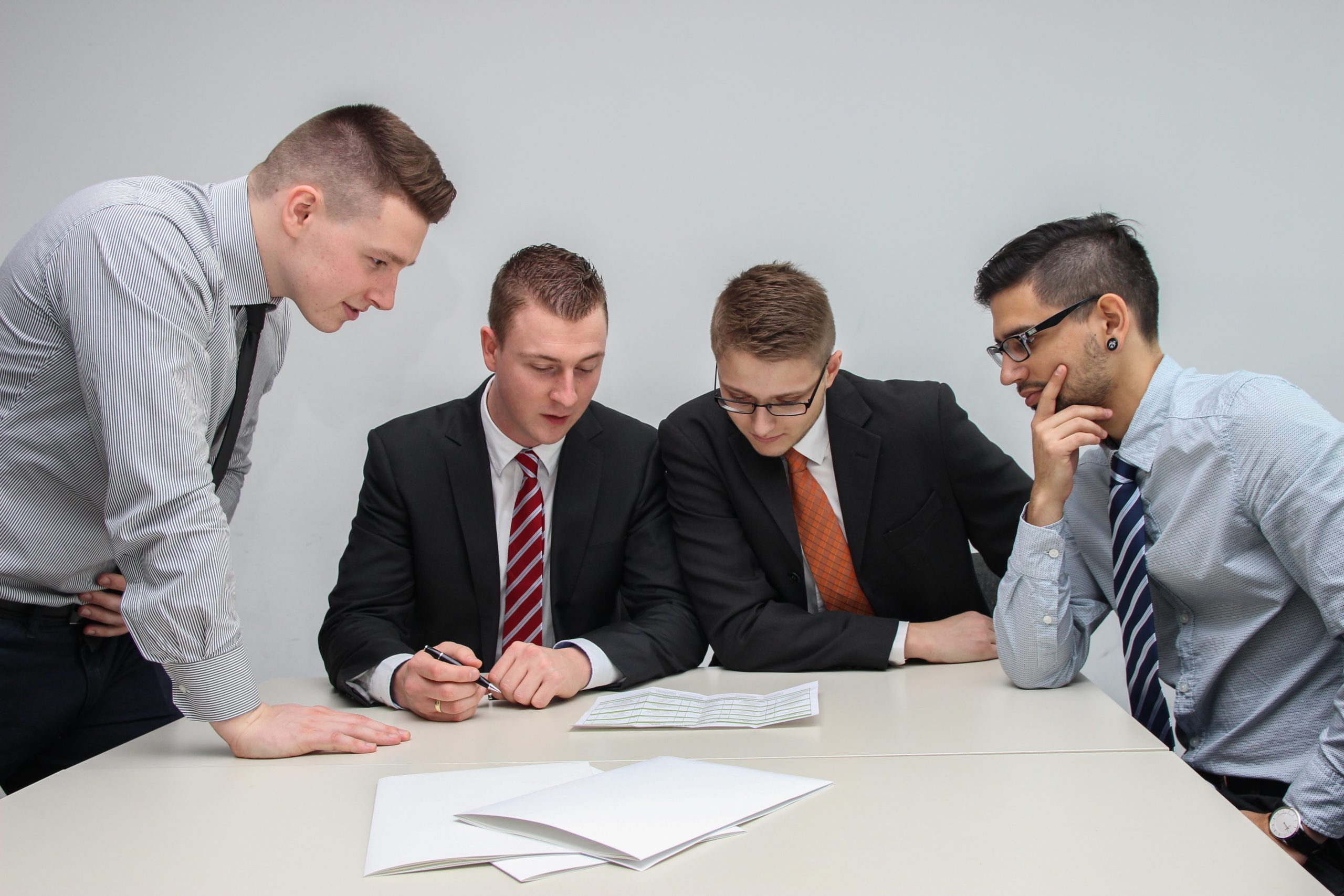 The FEC is the primary regulator for PACs and other political committees. All PAC must register with the FEC. Different types of PACs must file forms with the FEC depending on its status.

Connected PACS have a few different registration rules and paperwork than the other PACs. To register as an SSF or Corporate PAC, companies and labor unions must register with the FEC within ten days of forming. Corporate PACs must also file for an Employer Identification Number (EIN) with the Internal Revenue Service, elect a Treasurer, file FEC Form 1, and start a bank account.

Each type of Nonconnected PAC has different rules and steps to take when forming various types of PACs. Each of these committees must register with the FEC or Secretary of State within ten days of forming or raising over $1,000. PACs are tax-exempt, but after filing for an Employer Identification Number (EIN), PACs do not have to file with the IRS for tax-exempt status. Registering with the FEC will take care of that.

All PACs must also file with their states. All states require PACs to have a treasurer who files reports, and they must open a checking account, but each state has different rules and regulations. Most banks also require organizations to have an EIN from the IRS. It is vital committees pay close attention to their state laws, and it is best practice to hire a professional to walk you through this process.

How Do PACs Work?

United States law restricts companies, nonprofits, and other organizations from funding elections. The creation of a PAC allows these same companies to solicit their employees and shareholders for voluntary donations and fund political campaigns. Politicians then concern themselves with a company’s desires.

An individual can contribute $2,900 per election (primary, general, and special). Most people give nowhere near that amount. Their small donations of $100 or more aren’t that significant. When PACs are formed, these committees can pool every $100 donation together and give a candidate or candidates larger donations that impact their campaign. In exchange, politicians listen to the committee’s concerns and goals.

PACs are popular because they give people a place at the table. Like unions, people have more power in groups than as individuals. PACs are one of the only ways the general public can come to the politicians’ and political parties’ notice.

For example, A Better America Super PAC helps create a better America by restoring its values, fighting political corruption, and getting the best candidate elected. They have set up this online campaign for collecting monthly donations. People who are willing to facilitate their mission can make quick donations via this simple donation form, and keep donating every month. 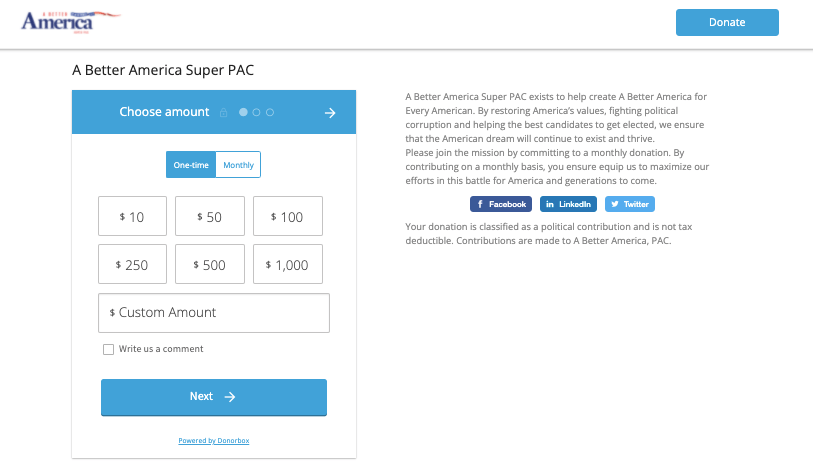 How do PACs raise money?

When a PAC starts, that committee can give $5,000 per election to a candidate if they are a multicandidate PAC. If they are not a multicandidate PAC, their donation drops to $2,900 per election. Both committee types can give $5,000 per year to another PAC and even more to local, state, and national party committees. PACs can also receive up to $5,000 from local, state, and national party committees.

There are no limits on PACs’ independent expenditures. These pay for advertisements and communication through websites, newspapers, TV, or direct mail. These expenses cannot be requested by a candidate or advocate for the election or defeat of a candidate. Super PACs also have no limits on their collection or spending amounts for ads, mailings, and other non-candidate-related expenses, but they cannot give directly to any candidate regardless of the amount.

Here is an example of a super PAC raising funds as a 527 political group. As you can see, they have kept the suggested donation amounts small and up to $100. But also, they’ve enabled monthly recurring donations so their supporters can keep helping the mission. Consider a campaign like this if you have curbs on the amount you can raise for your PAC. 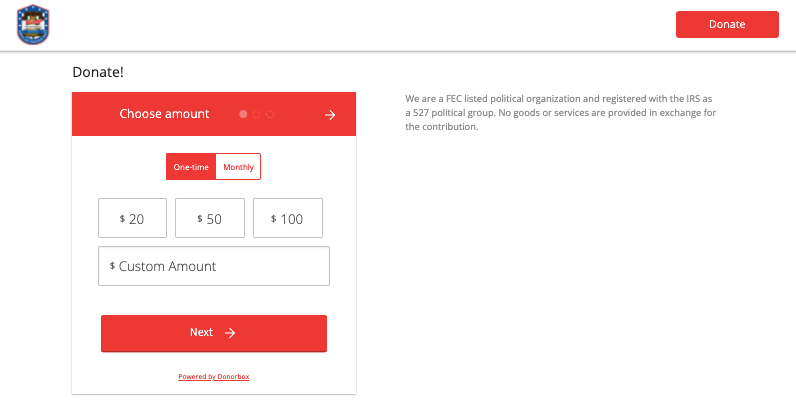 There are additional restrictions on donations to a PAC. For instance, any cash amount must not exceed $100. Anonymous cash amounts cannot exceed $50. PACs who receive more in anonymous cash funds can use that amount for any expense not related to a federal election, campaign, or candidate.

With Donorbox, PACs can raise funds and reach their potential voters’ radar, as well as keep their supporters engaged through advanced fundraising features like crowdfunding, peer-to-peer fundraising, membership campaigns, text-to-give, and more. Learn more about us in this promo video here. 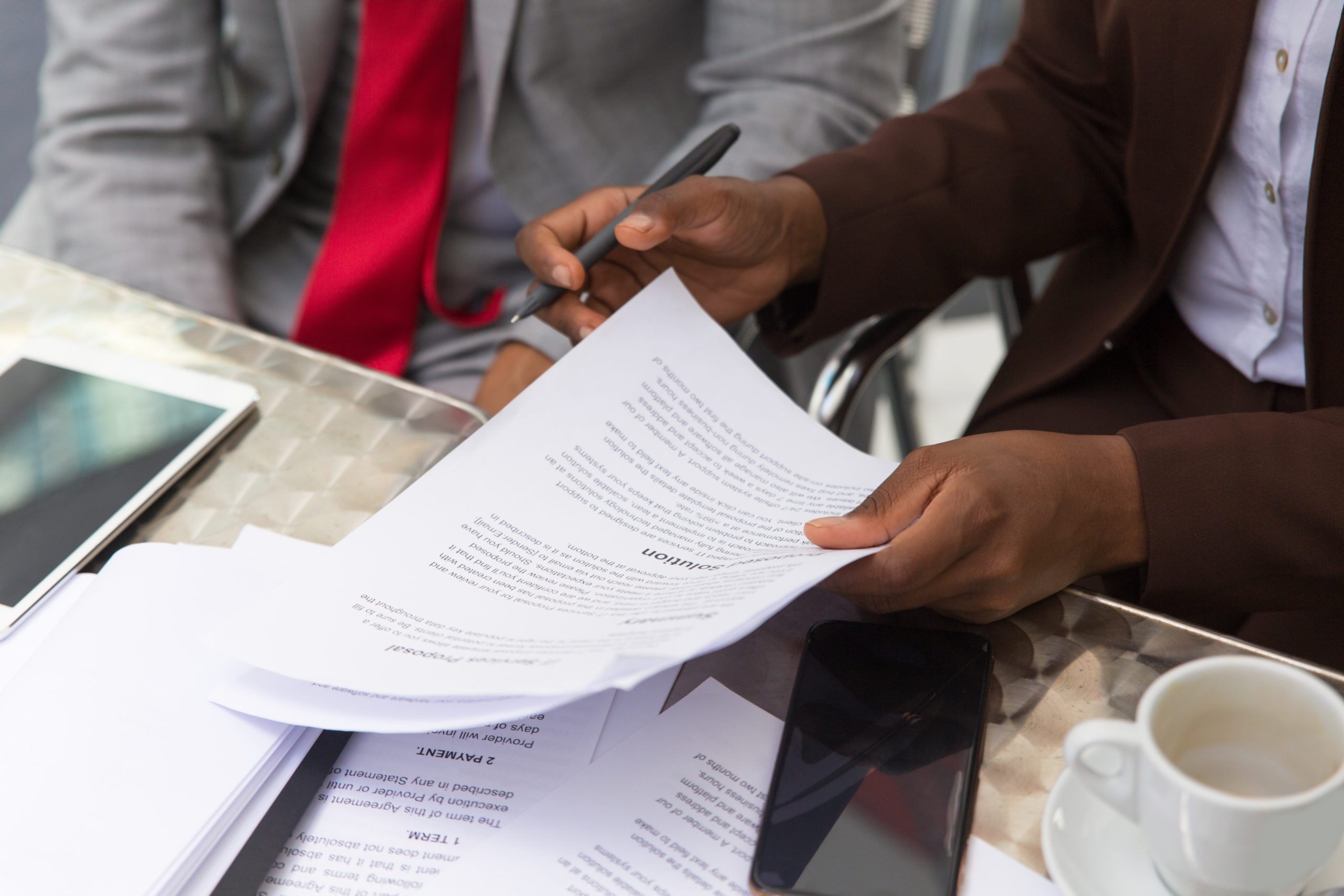 In addition to restrictions on donation amounts, the Federal Election Commission has the following rules and regulations that apply to PACs.

The following FEC rules only apply to Corporate and labor organizations that have formed Connected PACs. 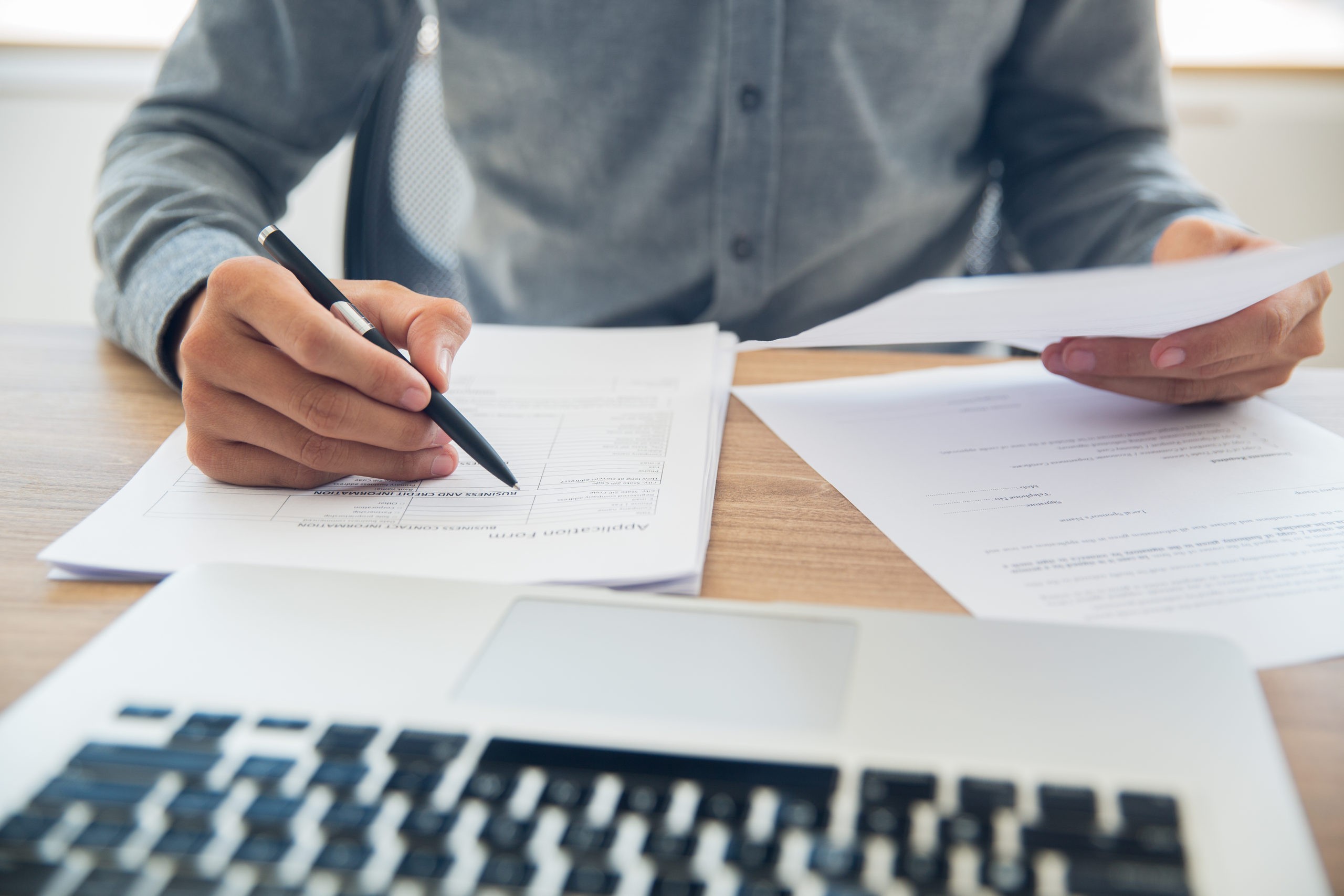 PACs must keep detailed records of donations received, and funds contributed to campaigns and party committees. These records must include the donor’s name and address and the date when they received the gift. If there is a question about the legality of a donation, the Treasurer must send at least one written or oral request to the donor for evidence of its legitimacy. If the Treasurer cannot prove the donation was legal, they must return it within 30 days of its receipt.

PAC Treasurers must report all contributions to the FEC and are responsible for keeping these records for three additional years after filing. The FEC also recommends that PAC Treasurers keep records on the following: 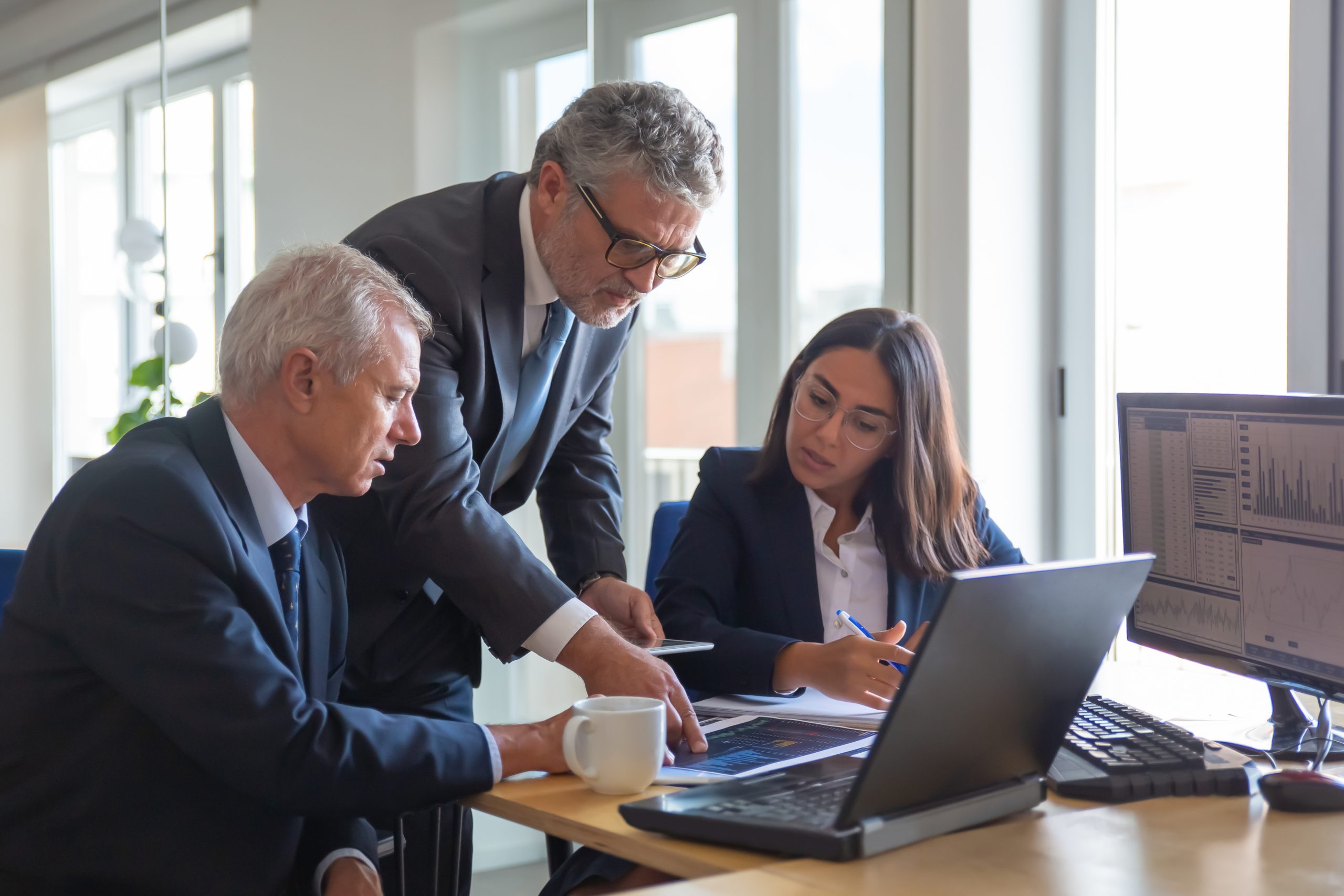 The FEC requires PACs to file monthly or quarterly reports on all contributions to their committee. Nonconnected PACs who raise more than $50,000 in a calendar year must file these reports online. Any PAC that receives less than $50,000 each calendar year can file by paper or electronically. The requirements for how often and when a PAC must file changes depend on whether it is an election year.

During an election year, PACs that file quarterly must file five reports with the FEC. This includes:

Monthly filers must file the following 12 monthly reports during each election year:

PACs must also report each independent expenditure over $200 made to a candidate during an election year. Any independent spending below $200 must be combined and reported as unitemized expenditures. Separate reports for independent spending may need to be filed. Additionally, PACs must report all expenses of $1,000 or more made after the 20th day of the month within 24 hours. Amounts of $10,000 or more made before the 20th day must be reported within 48 hours.

What to Look Out For 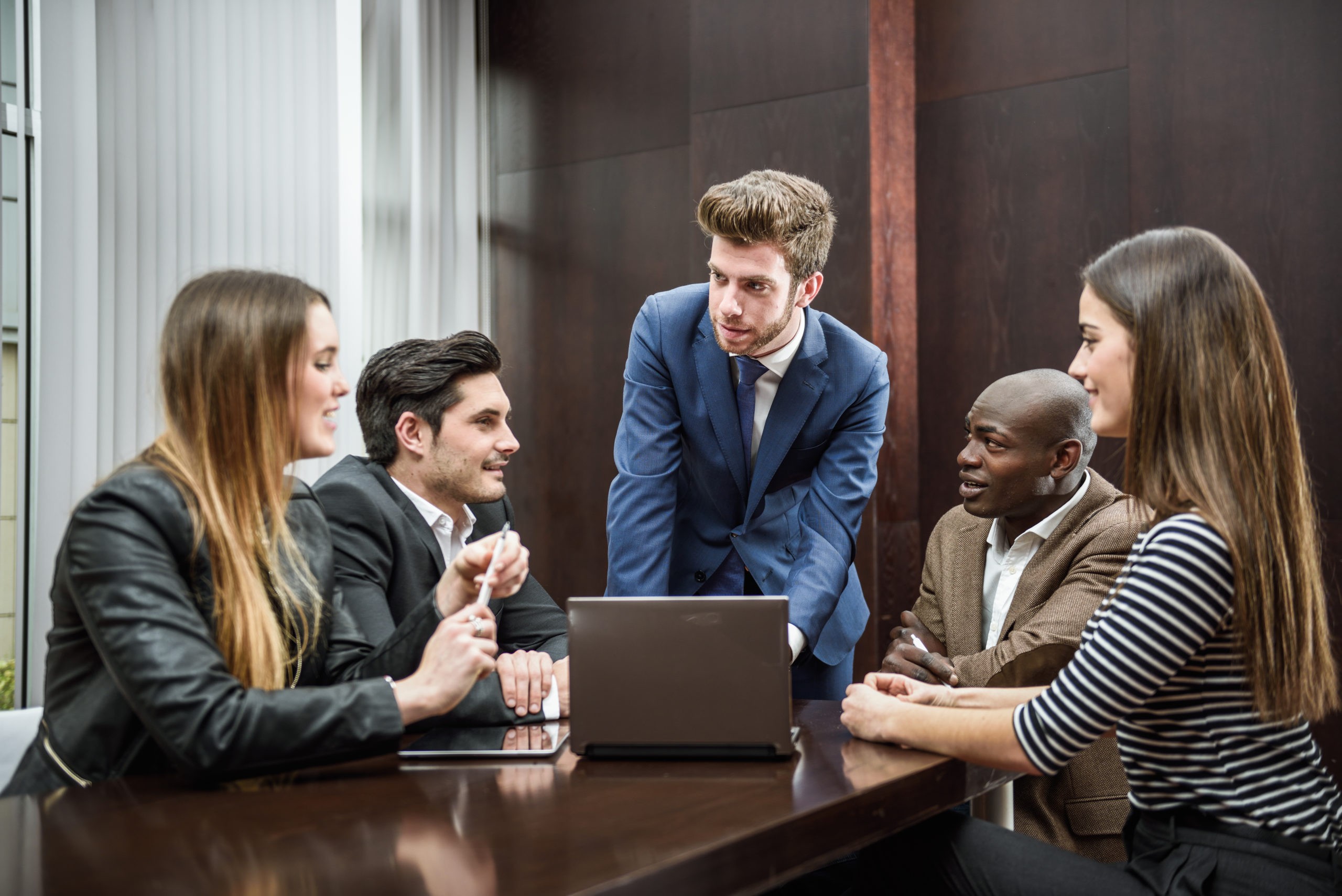 The FEC and states highly regulate PACs. Federal laws are straightforward, but each state has different limits and filing requirements for PACs. States and local governments have statutes on contribution limits, itemizing, and pay-to-play, allowing PACs to donate directly to political committees. Once again, it is best to find professional help when filing reports with your state and local government.

There is also a lot of competition between PACs. In 2015, there were over 7,000 PACs. Due to this large amount, there is much overlapping and a strong chance of failure. Fundraising for PACs is difficult, but committees that focus on finding creative ways to get continuous donations to have the best chance for success. 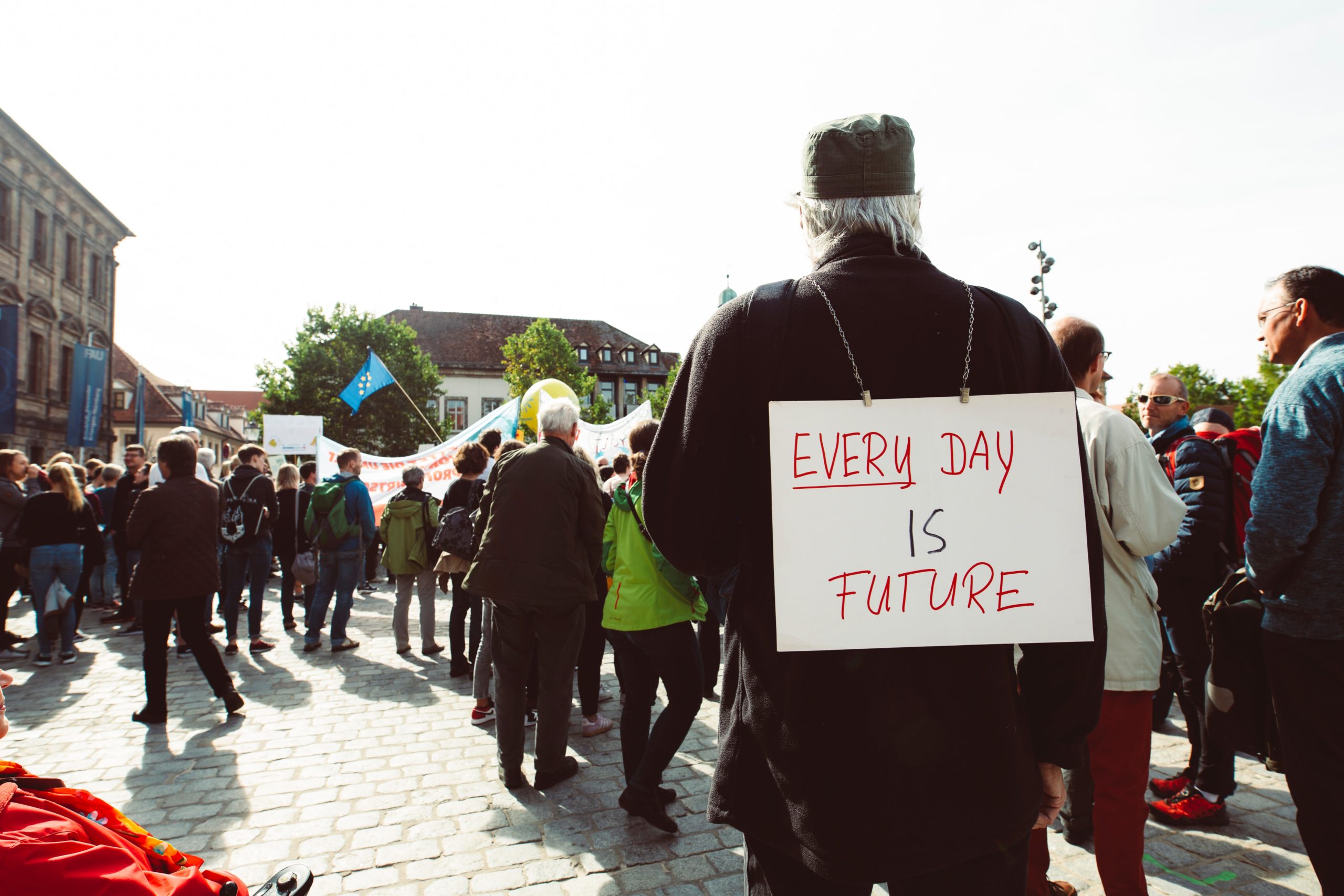 PACs have great success when run well. These committees have a stronger chance of survival and can encourage greater involvement from people in their community. PACs who get creative when fundraising and follow the FEC and state regulations will raise large amounts and influence politics in their community and the nation. If your PAC is looking for more fundraising ideas, visit our blog.

As your PAC raises funds, we hope this article helps you better understand contribution limits, recording rules, and other legal requirements. PACs looking to raise funds online can visit Donorbox’s website for a list of features offered to nonprofits of all sizes. We are the most affordable online donation processor out there. PACs who want to get the most out of their donors’ contributions can see the best return with Donorbox.

Kristine Ensor is a freelance writer with over a decade of experience working with local and international nonprofits. As a nonprofit professional she has specialized in fundraising, marketing, event planning, volunteer management, and board development.