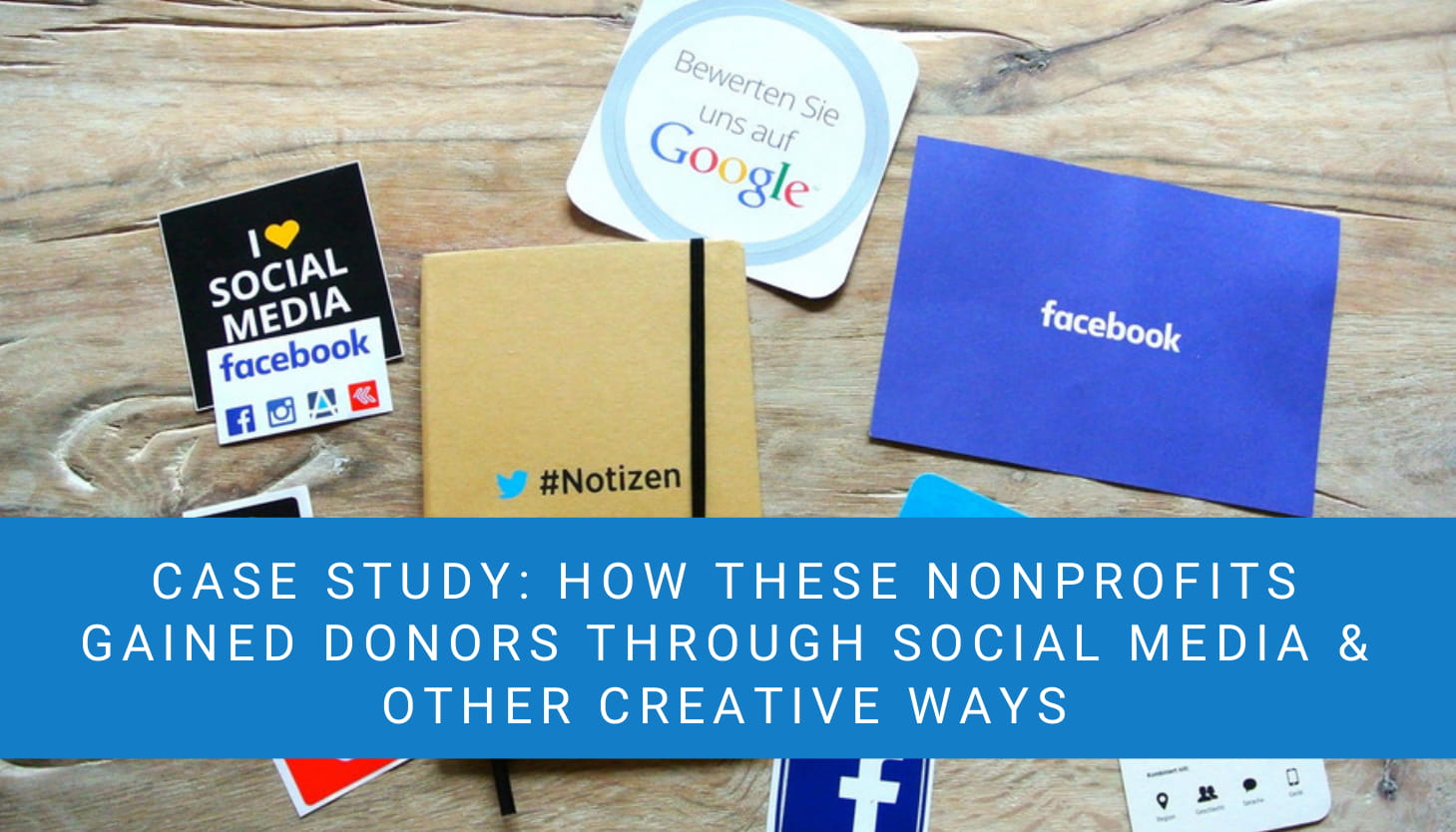 How These Nonprofits Gained Donors Through Social Media 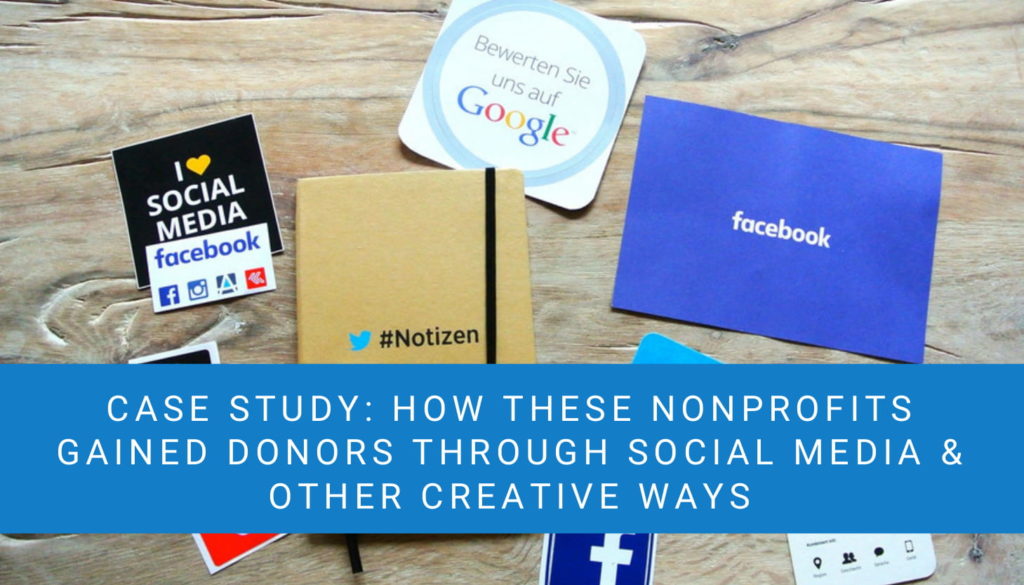 The nonprofit sector is exploding in numbers and it’s bringing along some growing pains. As the scope of the modern-day nonprofit’s ambitions grows, the difficulty of developing new fundraising sources has become a commonplace conversation in nonprofit board meetings.

The majority of nonprofits want to grow their organization’s reach. Mid-sized nonprofits all over the country are asking themselves, “How do we get really big?”

And it’s not going to become any easier in the near future. The answer to the above question is anything but obvious.

The average founding year of the 10 biggest US nonprofits is 1903. There are some key lessons that younger nonprofits can learn from organizations that were established before the First World War.

In the last few years, 43% of millennials made charitable contributions through social media compared to other channels. Millennials and the generations that follow are more socially engaged than their predecessors. As they settle into their lives and begin to earn income, they’ll become an incredibly important demographic for charitable giving.

This means that nonprofit marketers must embrace social media and leverage it to be the powerful inbound marketing tool it is if they’re going to continue to grow their missions. In order to do it well, get some inspiration from these five nonprofits that shot for the stars, nailed it, and drove growth for their organization.

It’s hard to find a better example of engaging audiences across channels than charity: water. They’ve made it their mission to bring clean water to developing countries. Charity: water is amongst the top nonprofits fighting the global water crisis. In order to fuel funding and support, they use their social media channels to drive their brand story home by telling supporters about the people and communities they serve.

On one of their most successful campaigns, charity: water used #748million on their social channels to drive awareness to the number of people in the world who don’t have access to clean water. The campaign was for a single day, but the charity took the campaign offline as well. Twenty meet-ups were organized throughout the world to bring communities together. All in all, 30,000 people actively participated in the 24-hour campaign. 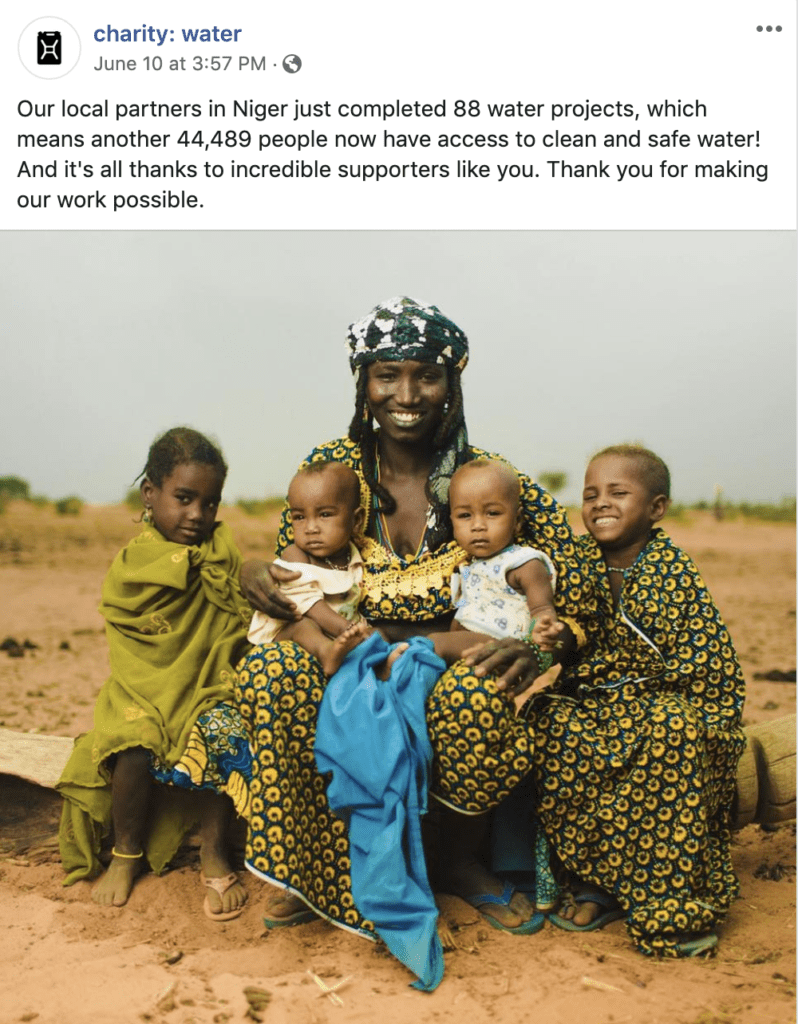 What We Can Learn: Create a sense of urgency. Short, timely campaigns with an expiration date compel donors to give by a deadline. To maximize the power of these campaigns, make them omni-channel campaigns that aren’t living on just social media—email and other marketing channels should be included in the mix!

The national chapter of The Humane Society (HSUS) jumped on the social media bandwagon early on. They have an active following on several networks, but have found immense success on Facebook. Over the years, they’ve found that 5% of their fundraising came from Facebook alone—that’s over $200,000 annually!

To establish themselves as successful social media experts, they used two key tactics in their strategy. First, HSUS sends a personalized response every time a user comments on their platforms. Next, they include donation pages on their Facebook tabs with lower donation amounts, which allows people to donate what they can. It doesn’t feel as daunting. They also make the forms shareable so that donors can spread the word and tell their friends about their donation while inviting them to get involved as well.

Over the years, HSUS has also utilized its Facebook cover photo with a strong, timely call to action. This summer, it was a petition to never leave your pet in the car when the weather starts to get warmer.

What We Can Learn: Growth-hack your action pages. On-page donation forms and a clear call to action reduces the steps that donors need to take to engage with your organization, and make it more likely that they will.

Snapchat’s been around for a while—since 2012! But it’s still treated as the new kid on the block by the older, more established social channels like Facebook and Twitter. Many organizations struggle to connect with the primarily younger demographic. However, one of the most successful campaigns ran on social media can be attributed to this channel.

The WWF wanted to bring awareness to the struggle that endangered species are facing. They posted photos of endangered animals on Snapchat, using the hashtag #LastSelfie and a call to action for users to donate. WWF brought this campaign to Twitter and tapped into influencers, asking them to share the snaps to create virality.

In a single week, this campaign saw the snaps, posted to Twitter by 40,000 people, reach 120 million users. WWF hit their donation goal in 3 days. The organization has continued to utilize emotional ethos in its campaigns to encourage donations on social platforms. They instill a great sense of urgency, but still make sure to refrain from overwhelming users.

What We Can Learn: Don’t be scared to take campaigns across different platforms. Engage with your donors and supporters on multiple channels and utilize a strategy designed for that specific channel in mind. Instagram and Snapchat are great for visuals, Twitter is great for quick updates, and Facebook is a great community center.

ONE is an organization that advocates for people living in extreme poverty and tries to prevent the spread of disease, specifically targeting Africa. The organization has found great success and virality with several of their campaigns.

The marketing strategy of ONE is to have influencers—well-known celebrities, advocates and supporters of their campaign—make content and videos for them to use in their specific initiatives. They then use the user-generated content in their own marketing initiatives to unite the messages and drive awareness.

Along the way, ONE expands its influence by weaving the campaign onto influencer’s social media accounts, encouraging fans to participate. 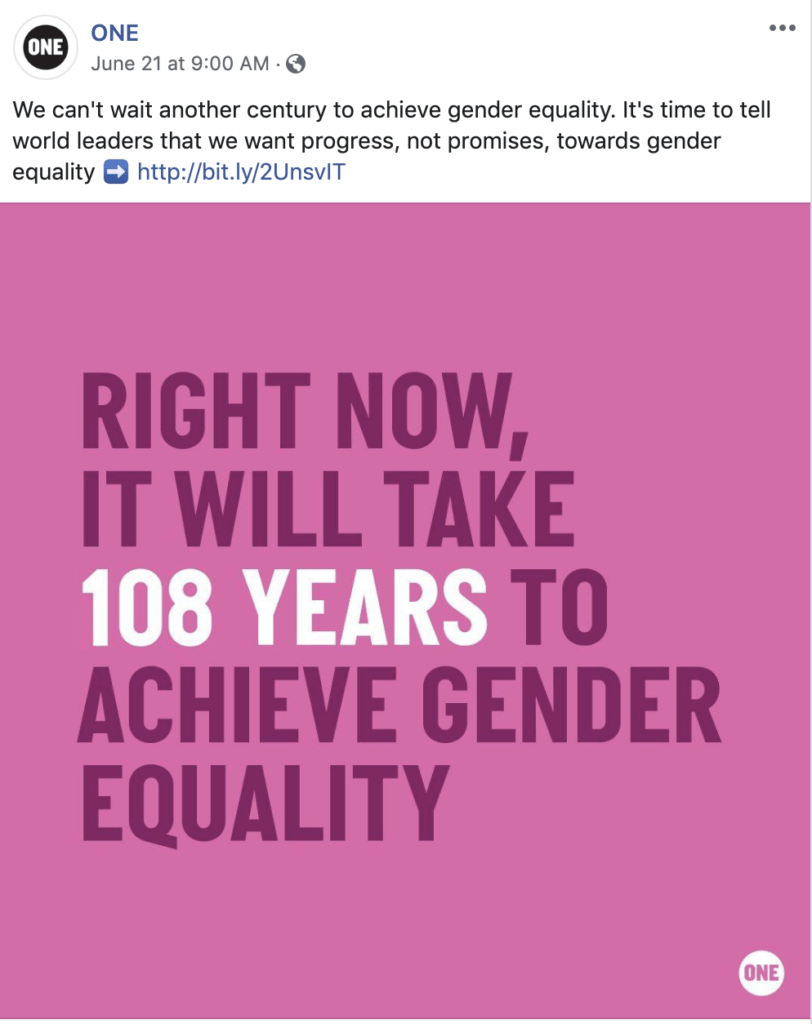 What We Can Learn: Social proof absolutely matters. Supporters want to share the issues that they care about with the world. Make it easy for them to do so by creating engaging, relevant campaigns or requesting user-generated content.

Big organizations with giant, national budgets have found some success online, but what about the smaller, local nonprofit organizations? How are they doing on social media? The Community Foundation of Louisville used Facebook to raise over $4 million for local nonprofits. This was done on one of the newer additions to social media’s biggest network—they accomplished this on Facebook Live.

The Community Foundation of Louisville went live at least once every hour on fundraising day. They shared events, rallies, and interviews that were occurring that day. Prizes were awarded for nonprofits who raised the highest amount during power hours.

The marketers behind the event expertly took the time to interact with in-person supporters and users who were commenting on the live feed. 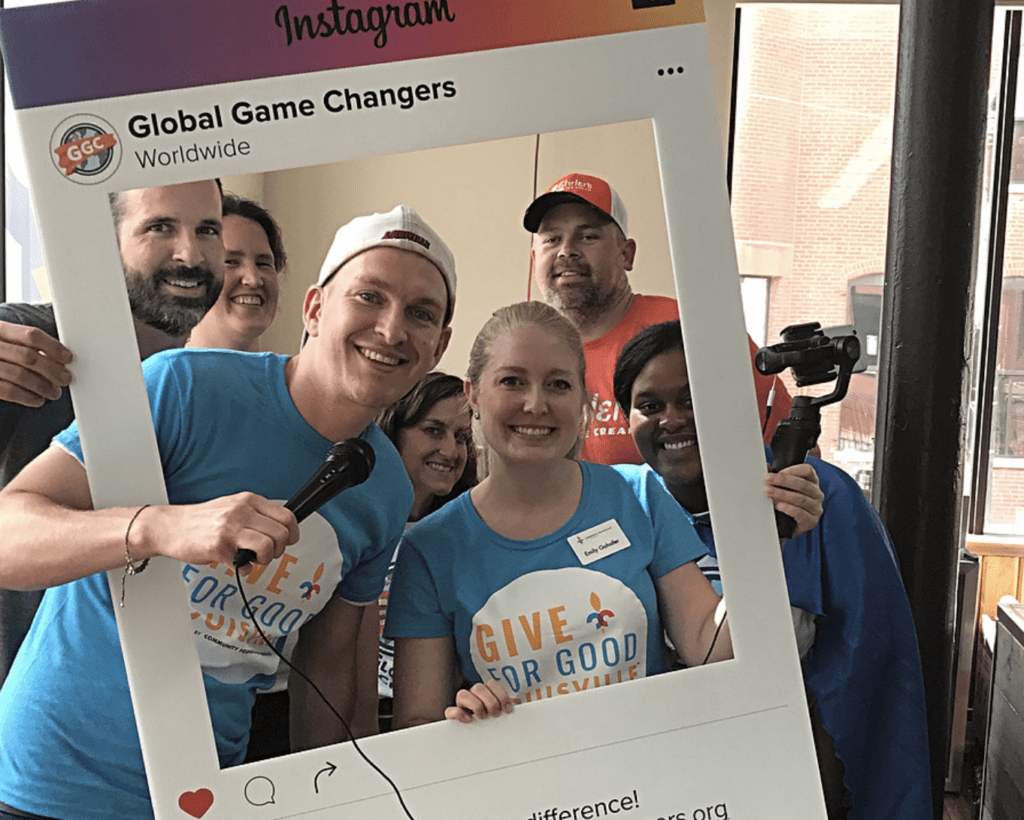 What We Can Learn: Don’t shy away from trying something new, but make sure you plan for it! With an expertly-placed strategy and some team effort, your nonprofit could be an early adopter for a network’s new feature.

It’s hard to talk about the real need worldwide for certain, taboo subjects but The Pad Project does it with poise and grace. With thousands upon thousands of people following the organization’s social media, they have curated a feed that breaks down barriers while handling the sensitive subject matter in a way where it becomes an art.

Part political, part normalizing a natural bodily function, The Pad Project’s social media isn’t for fundraising as much as it is for highlighting and normalizing its core subject matter.

What We Can Learn: Presentation on social media is everything. You can talk about your subject matter in a way that’s engaging and even artistic if you have the right strategy and the right target audience.

Kristen Bowie is a marketing leader, forging the path with data-driven decisions. When she’s not writing for thought leadership and creating sponsorship proposals at Qwilr, she’s hanging out with her two urban dwarf goats, painting, or out watching a local band.

Raviraj heads the sales and marketing team at Donorbox. His growth-hacking abilities have helped Donorbox boost fundraising efforts for thousands of nonprofit organizations.