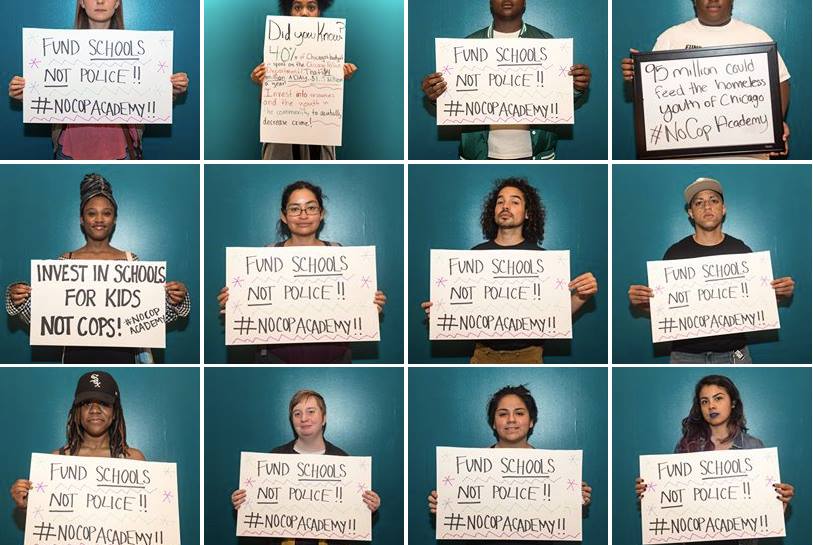 The #NoCopAcademy campaign is an effort supported by community organizations across Chicago, that want to see $95 million invested in our communities rather than police training grounds. From the statement of opposition:

Chicago already spends $1.5 billion on police every year—that’s $4 million every single day. We spend 300% on the CPD as a city than we do on the Departments of Public Health, family and support services, transportation, and planning and development (which handles affordable housing). This plan is being praised as a development opportunity to help local residents around the proposed site, but when Rahm closed 50 schools in 2013, six were in this neighborhood. The message is clear: Rahm supports schools and resources for cops, not for Black and Brown kids.

We demand a redirecting of this $95 million into Chicago’s most marginalized communities instead. Real community safety comes from fully-funded schools and mental health centers, robust after-school and job- training programs, and social and economic justice. We want investment in our communities, not expanded resources for police.

Read the full statement of opposition to Rahm’s proposal here, and let us know if you want to join the campaign.

Send an e-mail to nocopacademy [at] gmail.com to learn more about how to endorse and get involved.