For many years we have been raising concerns over EU taxpayers’ money being channelled to Israeli companies and institutions accused of war crimes and involved in violations of international law and human rights.

Although Israel is not an EU country, since 1995 Israeli applicants have been able to access EU research funds on the same basis as EU member states through the EU-Israel Association Agreement.

The European Union for years has been expressing “deep concerns” and “condemnations” over Israel’s “targeted killings” and illegal settlements – therefore should it be funding the very companies that sustain these unlawful activities?

In our campaigning we are focusing on the EU’s and European complicity in Israeli apartheid. Our aim is to work towards ending economic ties between the European governments and Israeli settlement and military industry.

How is the EU funding the Israeli military-industrial complex?

For years the EU has been funding Israeli military companies through its research programs. The two Israeli companies, the privately-owned Elbit Systems and the government-owned Israel Aerospace Industries are benefiting from European funding in the framework of their participation in research programs like Horizon 2020.

Elbit Systems develops its drones together with the Israeli military and promotes its technology as field tested – on Palestinians. It provides 85% of the drones used by Israel in its repeated military assaults and continued inhumane siege on Gaza.

In addition, in 2019 European agencies: FRONTEX and EMSA (European Maritime Safety Agency) were leasing Israeli drones for border surveillance in the Mediterranean Sea. In June over 10 thousand European citizens signed a petition to demand an end to a drones deal between the EU and Israel. 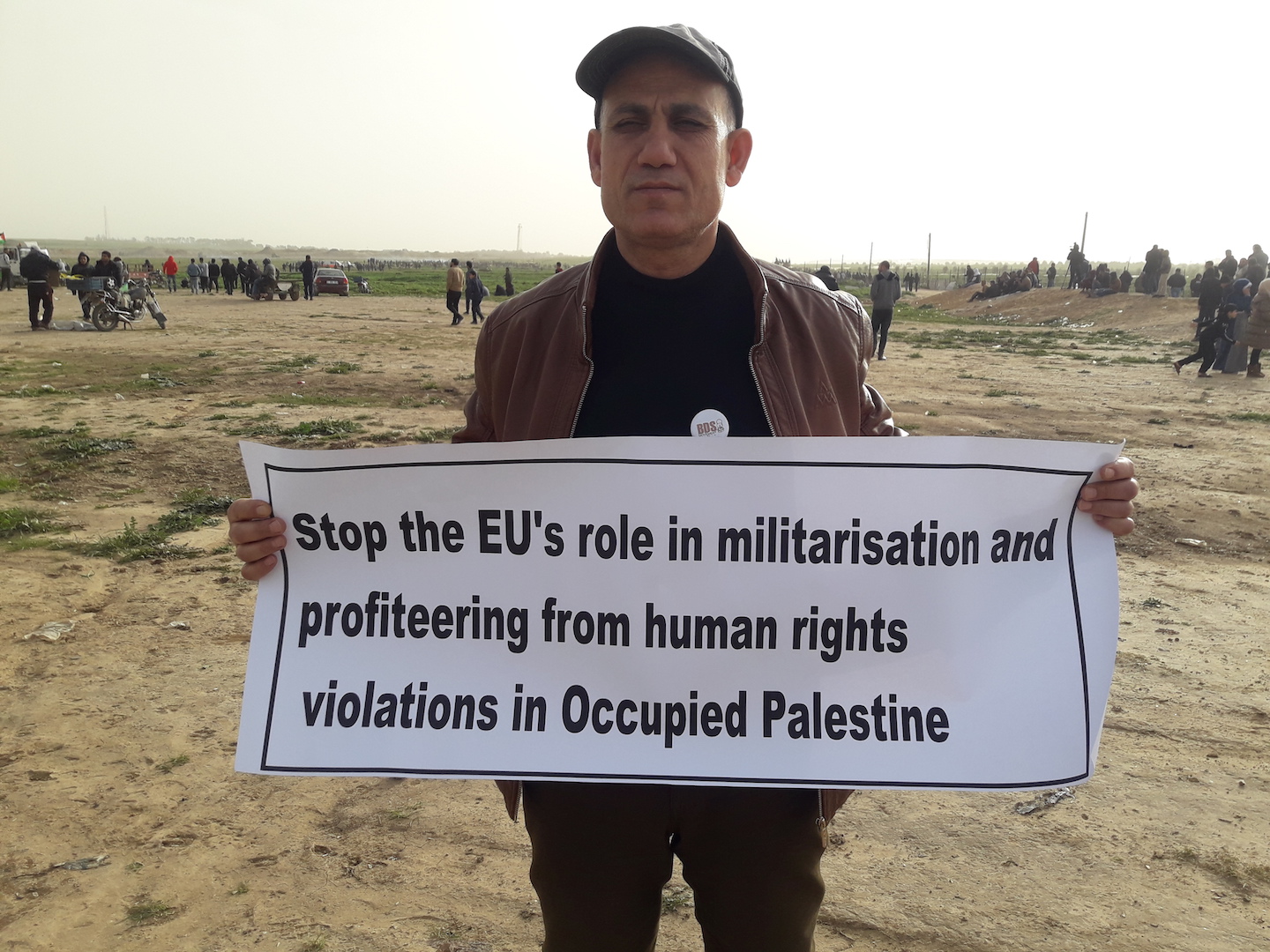 To find our more read our latest briefing: EU and Israel – The case of complicity

If you want to find out more about the ways the EU is funding Israeli military companies watch our video.

ARE YOU READY TO MAKE A CHANGE?

Take a few minutes to contribute to this cause!