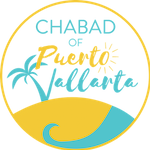 The Mikvah of Puerto Vallarta

The stories on the following page tell of the incredible strength and fortitude of the Jewish woman. These are not tales of heroines of thousands of years ago, but modern
day women who courageously took the plunge into the ocean to use the mikvah despite immense difficulty and challenges.

This special mitzvah should be fulfilled with serenity and calm, connecting the mikvah goer spiritually and eternally to G-d and the Jewish people.

That’s why we’re turning to you today. It is your kindness that will build a beautiful Mikvah in Puerto Vallarta for women to fulfill the mitzvah in the most peaceful, safe, and luxurious atmosphere.

After strengthening her connection with her Jewish heritage, Rachel decided to go to the mikvah. Living in Puerto Vallarta, the only option was the ocean. Mushkie and Rachel made their way there just after nightfall.

Among the many challenges of using the ocean as a Mikvah are finding a discreet, quiet place, getting past the crabs on the sand, and avoiding fish, turtles, jellyfish, and stingrays while you are immersing - in the dark. Needless to say, Rachel was afraid.

As she walked towards the ocean and prepared to wade in, she felt uneasy. The powerful waves kept pushing her off course. The tide was particularly strong that night, and as she slowly walked farther into the ocean, trying to get just deep enough to immerse herself, a giant wave knocked her off her feet and pulled her into the ocean!

Mushkie managed to pull Rachel back, and thank G-d they both emerged safely and unharmed.

Rachel was shaken. She promised Mushkie she would go to the mikvah again, but only once a mikvah was built here in Puerto Vallarta.

Anais was getting married in her dream destination, Puerto Vallarta. She asked Mushkie to help her immerse in the mikvah before the wedding.

Anais went down into the crystal-clear ocean while her family cheered her on from afar on the beach. As she was about to immerse, she and Mushkie spotted a school of stingrays swimming towards them. There was nowhere to run.

Mushkie turned to Anais and told her softly, "You will not be harmed while doing such a special Mitzvah!" and silently prayed to G-d to keep them both safe.

With your support, brides will be able to go to the Mikvah for the first time safely and without worry, setting a positive tone for the mitzvah for years to come.

During the summer months, the storms are magnificent to watch. Lightning pierces the sky and lights up the entire ocean, followed by torrential rains.

However, the mitzvah of mikvah doesn't stop during the rainy season. One night, as Mushkie was in the ocean about to immerse, the torrential rains began. It was too dangerous to continue. Mushkie's only goal was to get out of the ocean as quickly as possible.

Mushkie went home without going to the mikvah. With your help, no one will have to go home without being able to fulfill the mitzvah of mikvah in Puerto Vallarta.

Your generosity will ensure that Anais, Rachel, and many other women will be able to go to the mikvah safely and serenely.

You will enable countless women to bring this special Mitzvah into their homes and families.

With your help, this dream will become a reality.

What is a Mikvah?

A mikvah is a natural body of water or a gathering of water that has a designated connection to natural water. The pool is designed specifically for immersion, according to the rules and customs of Jewish law. It contains about 200 gallons of water.

What is Special About the Water in a Mikvah?

Water is the primary source of all living things. It has the power to purify, to restore and replenish life. A mikvah must be filled with living waters from a flowing source that has never been dormant, such as fresh spring water, rainwater, or even melted snow.The water is kept under strict hygienic control,cleaned daily and chlorinated.

What is Taharat Hamishpacha, Family Sanctity?

The Jewish marriage santifies husband and wife. Taharas Hamishpacha observance introduces times of separation and reunion as part of a cycle in married life. Separation begins with the onset of the menstrual flow. It is a time when the depth of the husband-wife relationship is expressed without physical intimacy. It is a period of anticipation and preparation for mikvah immersion. The reunion, which follows, holds the highest potential for sanctity in marriage.

How Does One Prepare for Mikvah Immersion?

Following one's monthly menstruation, a woman counts seven "spotless" days. During this entire time, from the onset of menstruation until mikvah immersion, couples should refrain from marital relations. Prior to immersion, a woman must cleanse herself thoroughly. She immerses after nightfall.

Why Should I Go To The Mikvah?

Immersion in the mikvah is a biblical commandment of the highest ordinance, equated with mitzvos (commandments), such as Kashruth and Shabbos.

Immersion is also a way of drawing G‑d into your marriage, by making Him an integral part of it. Mikvah helps create a husband-wife relationship that is in a state of continuous renewal. With marriages failing daily, the laws of Family Sanctity may help you find fulfillment within a sanctified marriage that is caring, romantic and strong enough to last a lifetime.

Who can use a Mikvah?

A Jewish bride in preparation for her wedding, immerses in a Mikvah.

A Jewish convert immerses in a Mikvah at the conclusion of her/his conversion process.

A women who is not Jewish, married to a non Jew, divorced, widowed, or single can not use a Mikvah.

Special thank you to Ariel and Vanessa Grunwald - The Colonial

Choose amount Information Payment       
Chabad of Puerto Vallarta, Inc. is a 501(c)(3) charitable organization, EIN 81-2786067. All the contributions are tax deductible. No goods or services were provided in exchange for the contribution.

In honor of Issac and Katya Yosef. In the zechut of this tzedakah, may Hakadosh Baruch Hu bless them with a long life, in impeccable health, and many healthy children B’eH” in a loving home that is abundant with Torah, Mitzvot and Ma’assim Tovim. B’eH”.