When we did our 2018 crowdfunder, more than 14 months ago, we said "this is probably the last time we’re going to ask you to put your hands in your pockets". This is one of the very rare occasions that one of our predictions has turned out wrong.

We said it because Brexit was supposed to be signed off by the UK Parliament last October, giving the EU a few months to ratify the withdrawal agreement and have the UK leave by March 29 this year, and so we expected that one way or another the chips would be down and we'd all know where we stood on a second independence referendum (and hopefully be campaigning in it).

Alert readers may have spotted that that didn't happen. 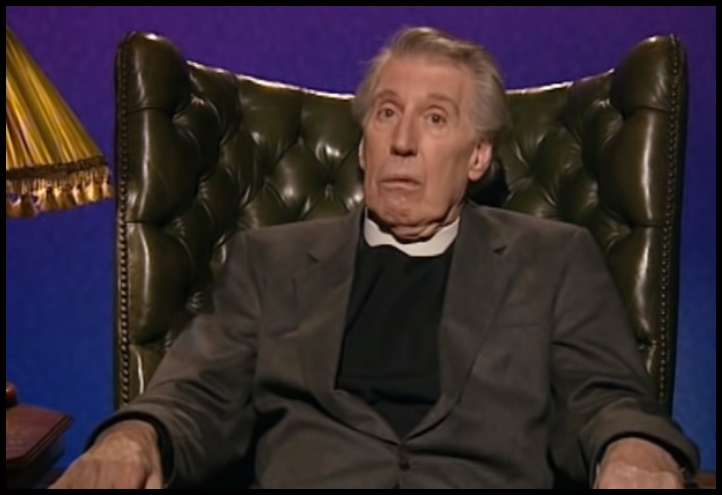 The UK government's monumental incompetence has now postponed the Brexit agreement by (at least) a full year to THIS October, which has had the knock-on effect of delaying the Scottish Government's independence strategy by the same amount of time. So here we all are again.

We've been putting off the crowdfunder in the hope of some clarity arriving, but as deadline after deadline has passed and Westminster has failed and failed again to reach any sort of conclusion, we've come to a point where neither we nor Scotland can afford to wait any longer, and we need to get on with it.

Because the clock is very much ticking, folks. As of today, the current Scottish Parliament with its pro-independence majority has under two years to run, and polling suggests that hanging onto that majority past 2021 is at best on a knife-edge.

(Readers fostering a sense of complacency over recent polls might do well to contemplate significant events due to happen later this year which are, to put it delicately, unlikely to play out in a manner helpful to the SNP.)

Despite these facts, no steps have been taken in the three years since the Brexit vote to secure the legal right for Holyrood to hold a referendum, a process which would almost certainly be a lengthy one.

(Particularly if you also factor in the time that would be needed to organise a vote should the right be obtained. The Scottish Government has at least announced its intention to have the legislation ready in advance, but you still need time to arrange the vote and have a campaign, which means several months more.)

So what we certainly can't afford to do is just sit around and hope for the UK government to have an inexplicable change of heart. Because clearly, the higher support for independence grows the less likely they are to concede a referendum voluntarily. They only gave us the last one because they were confident they'd win it, and they aren't confident any more.

We also need to be prepared to act swiftly should circumstances change suddenly, such as in the event of a UK general election.

So there it is. You know what we do and how we work by now. Wings Over Scotland is the most-read Scottish politics website on the planet (we get more traffic* than the next FIVE biggest sites combined), the only one that Unionists fear and the only one they constantly smear.

There are no cosy regular punditry gigs on BBC or STV for us, no nice respectable newspaper columns. We get arrested, harassed, threatened, smeared and defamed by politicians and the Unionist media, and we have our web presences shut down. We get attacked with a ferocity and in ways that no other pro-independence voice does. We can only carry on because of your incredible support.

Any money you send us will be split as usual between running costs, commissioning polls, a wage for myself and contributors like our magnificent near-weekly cartoonist Chris Cairns, and the building up of the Wings Fighting Fund with the aim of printing a million-plus copies of a new Wee Blue Book when a second referendum comes along, along with other major secret campaigning projects we're working on.

Some will also have to be used in respect of our court case against Kezia Dugdale, either to pay costs or file an appeal, but that decision will only be taken after consultation with readers.

(As usual we have some tokens of gratitude for our donors, seen in the image below - an engraved credit-card-sized multipurpose tool in metal, a handy mini tin perfect for carrying earphones or charging cables (and delivered to you full of tasty mints), a mug, a sturdy weekend bag, a stylish engraved hip flask and this year's Wings enamel badge in a rather classy white, black and silver design.)

So as always, whether Wings Over Scotland continues for another year rests entirely in your hands. We're ready to keep fighting for you. Let us know if that's what you want. 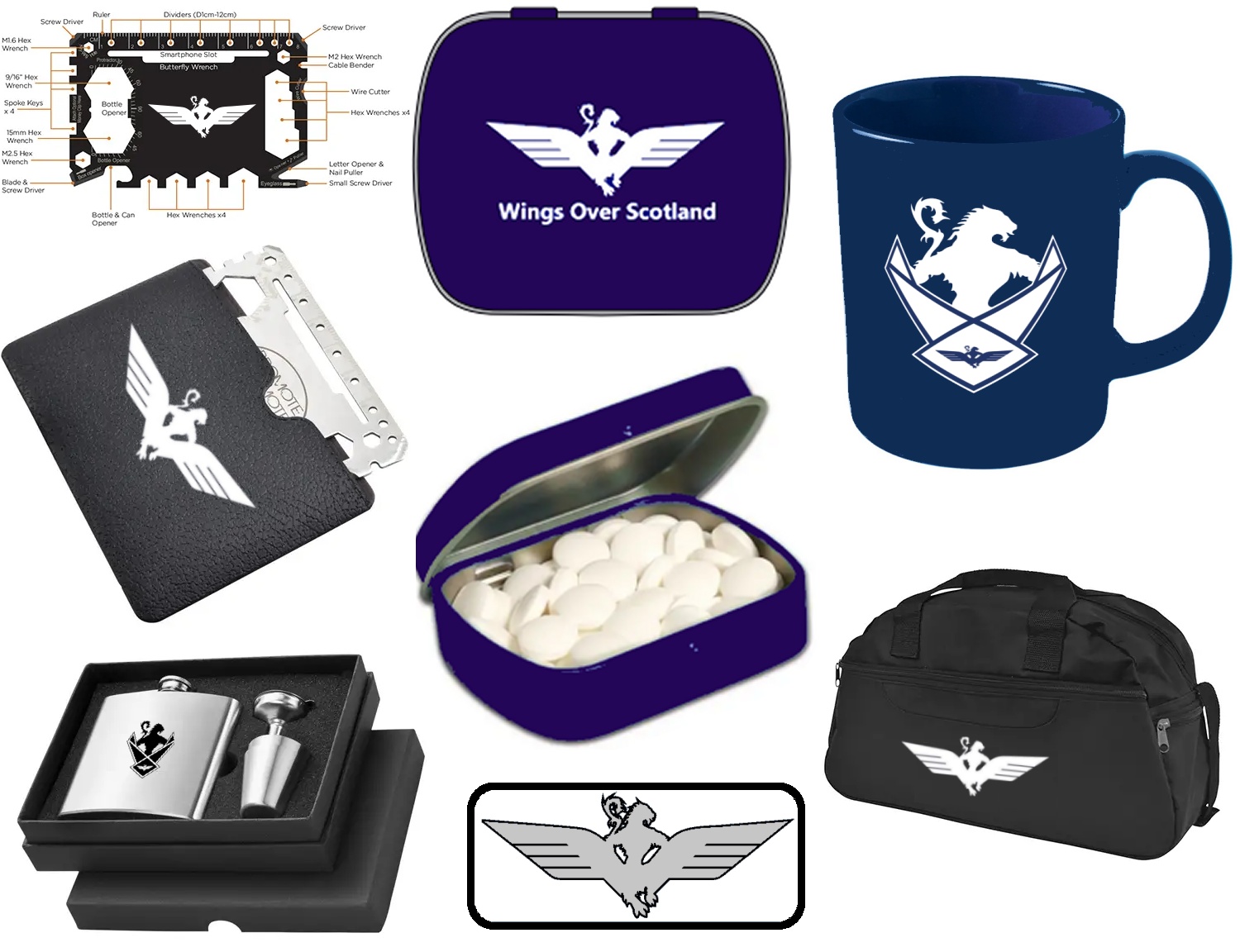 Unfortunately I've not had my major win on the lottery as yet, but every little helps, from 1 "Stu" to another, keep up the good work and wipe the smug grins off both westminster and Holyrood yoons.

last but not least apologies for the delay

Sorry I am late guys!

Further to my vote Yes to appeal here is a little extra - a couple of less bottles of cider for me this weekend. :-) all the best Stu.

Here's 25 quid. Use it to take the "fair comment" smirk off Kezs whiny coupon! Keep doing what yer doing, sweary words and all to annoy the Yoons 👍

Great interview on AS show, keep doing what you are doing! Looking forward to the New Blue Book.

3rd donation to get myself on the donation wall.

This small donation is being given in the name of Fiona Robertson @FionaSnp at her insistence.

Adding a bit more, because it's still possible and because we need to have a disturbance in the fabric of politics. £154K (or more) would be nice.

Usually give this to my local branch every year and they work very hard , however they are stifled by our government. Go for it Stuart and get every little book out that you can. Good luck to you and us. 6ou are very funny btw

Awrabest slinging it to them!

i hope this helps

Keep up the good work!

Long time lurker/ reader here - big thanks for what you do. And for it being funny!

Keep on sticking it to them. Their lies and hypocrisy need to be challenged and shown for what they are.