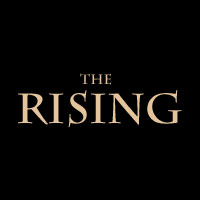 'The Rising' will be the first feature length movie to honour the heroic events of the 1916 Easter Rising Rebellion in Ireland. In 2012, producer Kevin McCann applied to Leitrim County Library for a small grant to research the story of Seán MacDiarmada for a movie. €1,000 was awarded and the journey began. In Belfast, after consulting with the biographer Dr. Gerard MacAtasney a extensive film treatment was written by Kevin McCann which then received a grant from Northern Ireland Screen. A screenplay was then co-written with author Colin Broderick based in New York. In 2016, the eminent Czech poet and USC Professor James Ragan (The Godfather, The Deer Hunter) began working with Kevin as script editor for ‘The Rising’.

In an interview on RTE Radio in 2016, Liam Neeson referred to the screenplay: “It's a script with wonderful, wonderful heart." Some of the top actors of our time agree with him and have signed on to participate in this project. We have the official support of the Irish Film Board and Northern Irish Screen. We have a lot of path walked and the journey to the red carpet continues.

The team behind ’The Rising’ are grateful to the many people around the world who believe in us and have donated to our project. Please note that rewards will be honoured only after we get the green light following full financial backing which is being sought by the producer in the USA. Please stay tuned for updates on our social media pages www.facebook.com/1916movie.

If you wish to donate, please see below to find the reward level that works for you and "Join The Rising”.

Choose amount Information Payment       
Please note that rewards will be honoured only after we get the green light following full financial backing which is being sought by the producer in the USA.