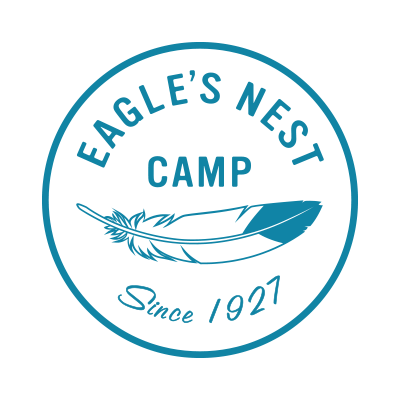 Jaimie Wallace loved Eagle's Nest. He began attending camp at age eleven and continued for several years as a camper before participating in a Hante and then, a year later, as a junior counselor. He discovered a love of outdoor adventure, especially hiking and rock climbing, at Eagle’s Nest, and those recreational activities continued to be his favorites for the rest of his life. The camp staff inspired Jaimie; his counselors were formational mentors. In his 20s, after leaving Eagle’s Nest, he enjoyed full-time employment as a high ropes adventure park guide for several years. Eagle’s Nest ethos made him feel at ease and accepted, and the community felt like a second family for him.  As a young adult, Jaimie would visit Eagle's Nest whenever he was in the Asheville area.  His experiences at camp were so positive that his love for it eventually extended to the Western Carolina mountain region.  At his request his ashes have been scattered near Mt. Pisgah looking back in the direction of Eagle’s Nest.  John Muir’s statement, found on the mural at the entrance to camp . . . “the mountains are calling and I must go . . .” spoke to and for Jaimie. He would be pleased and smiling to know that other young people, following him, will have the opportunity to explore nature, learn skills, and participate in the Eagle’s Nest family. 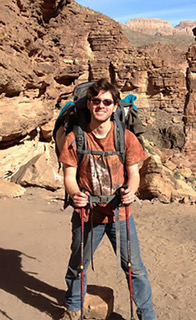 Jaimie backpacking in the Grand Canyon