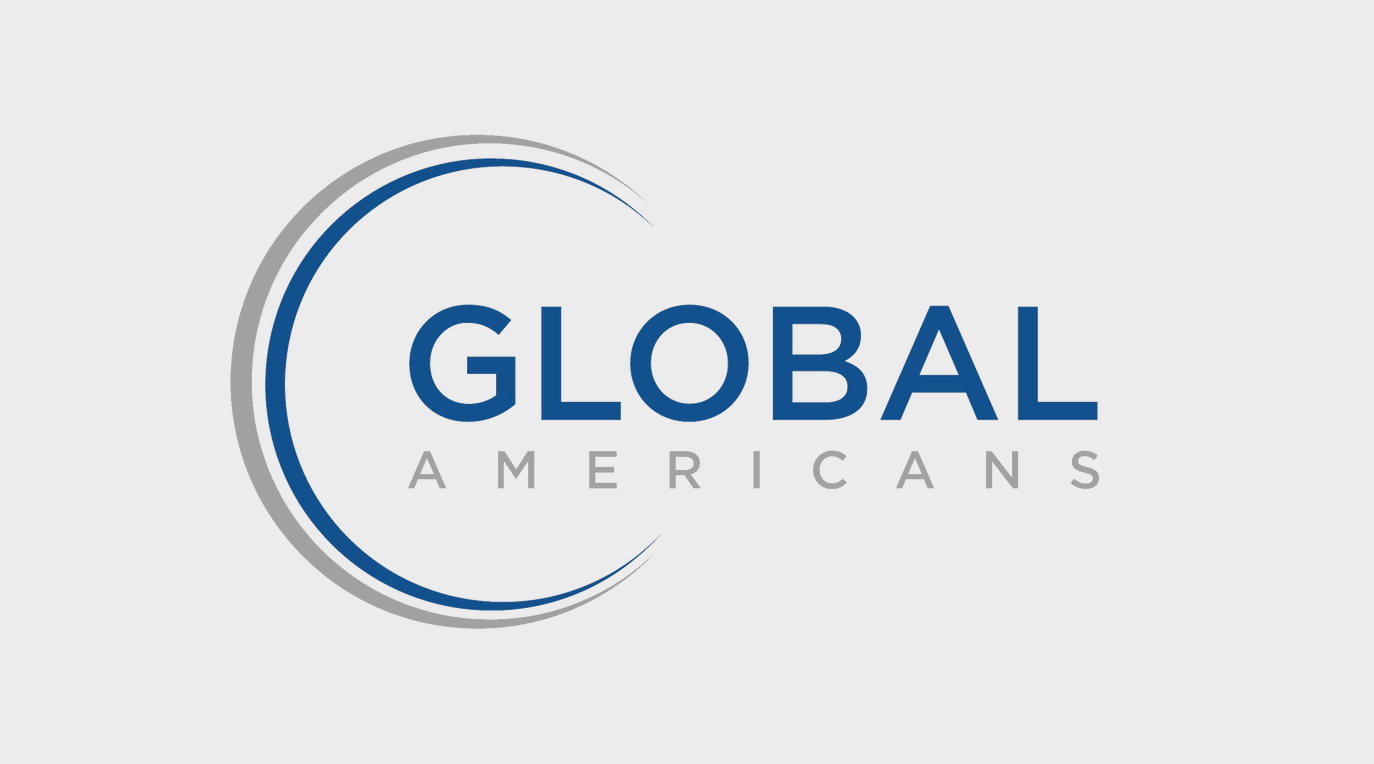 Join us for an evening of celebration on January 14th from 5:30 p.m. to 6:45 p.m. EST, featuring a silent auction and conversation between President Lenin Moreno of Ecuador and Univision News Anchor Patricia Janiot. Together, with the support of Ambassador Ivonne A-Baki and the Embassy of Ecuador in Washington, D.C., we will celebrate Global Americans' anniversary, while highlighting the work done by the Government of Ecuador over the last four years, with a portion of all event proceeds directed to EcoCiencia, a charity working to protect Indigenous rights and the environment in the Andes. A $2,500 donation will also allow select attendees to join the event early in a VIP room with President Lenin Moreno.

President Lenin Moreno assumed the Ecuadorean presidency in May 2017 and has since worked to reduce public spending and stimulate trade liberalization to encourage foreign investment. He has worked closely with the United States to strengthen security and trade relationships. Patricia Janiot is a Colombian-American senior correspondent and news anchor at Noticias Univision with over 25 years of experience covering Latin American news.

Your donation allows us to continue to deliver research and analysis that shapes the policy debate in the Americas. Every donation, no matter the size, moves our mission forward, and allows us to carry out critical activities and programs that inform debates, strengthen civil society, advance scholarly research, and further growth and prosperity in our hemisphere. We look forward to seeing you on January 14th! 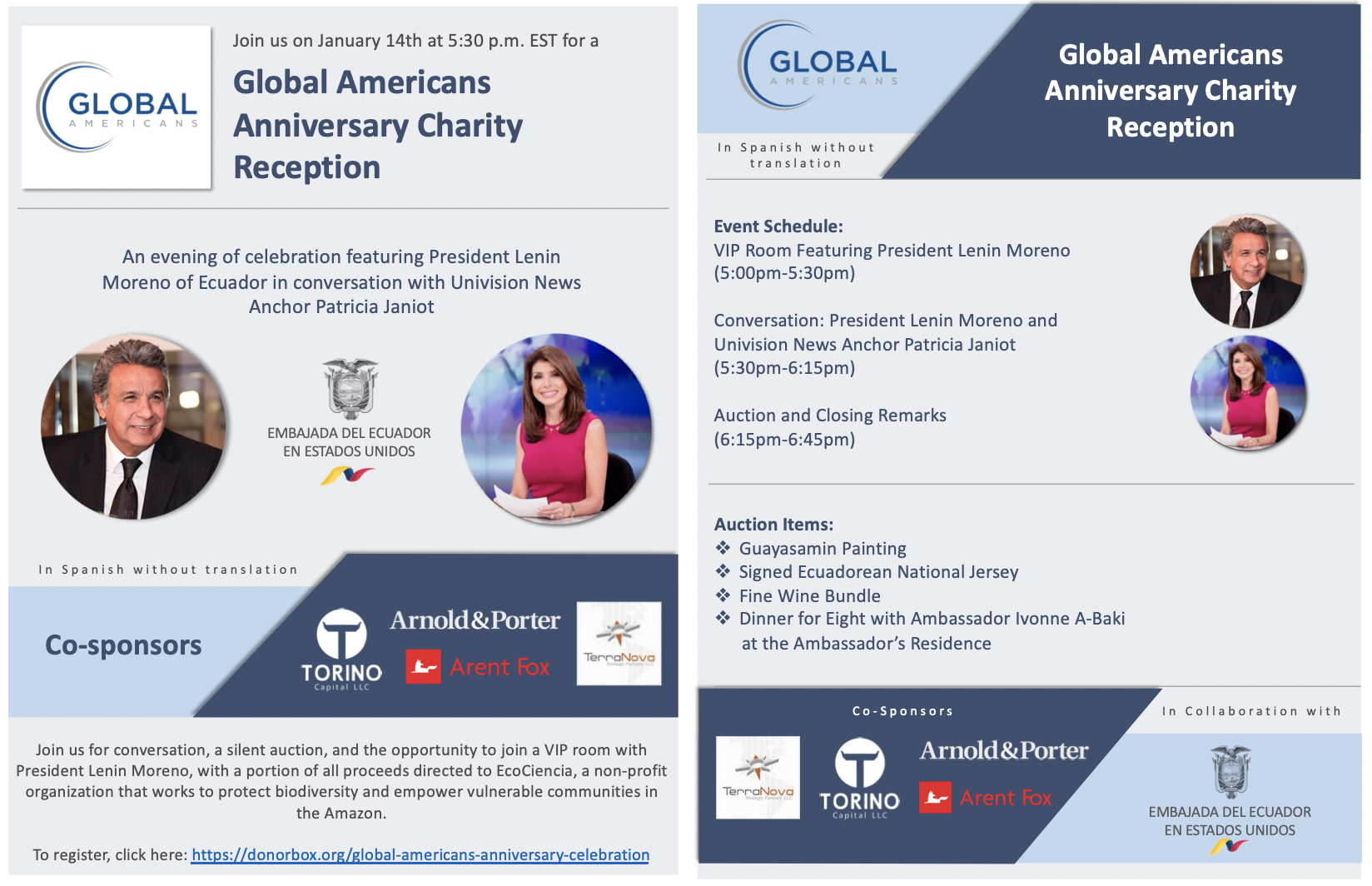 To place a bid before the event, visit: https://forms.gle/AzVLDuCwLee5h8Fr6

1) Guayasamin Painting - A certified original painting generously donated by the family of Victor Sierra. Oswaldo Guayasamin was an Ecuadorean master painter and sculptor, and is widely considered one of the most important artists of the 20th century. This piece, valued at $35,000, will open for bidding at $20,000.

2) Signed Ecuadorean National Jersey - This authentic Ecuadorean national jersey, generously donated by Marathon Sports CEO Rodrigo Ribadeneira, is signed by the full national team ("La Tricolor"). The national team, which is young and playing top quality football since Gustavo Alfaro took the reins in August, has multiple players who also play for top-level international clubs. The signed jersey has an estimated value of $600 and will open for bidding at $450.

3) Fine Wine Bundle - This wine collection includes a beautiful selection of five French wines -- four from Rhone, one from Bordeaux -- generously donated by Tulio Vera. The wines have great provenance and are in pristine condition. The bundle has an estimated value of $800 and will open for bidding at $600. The included wines are: 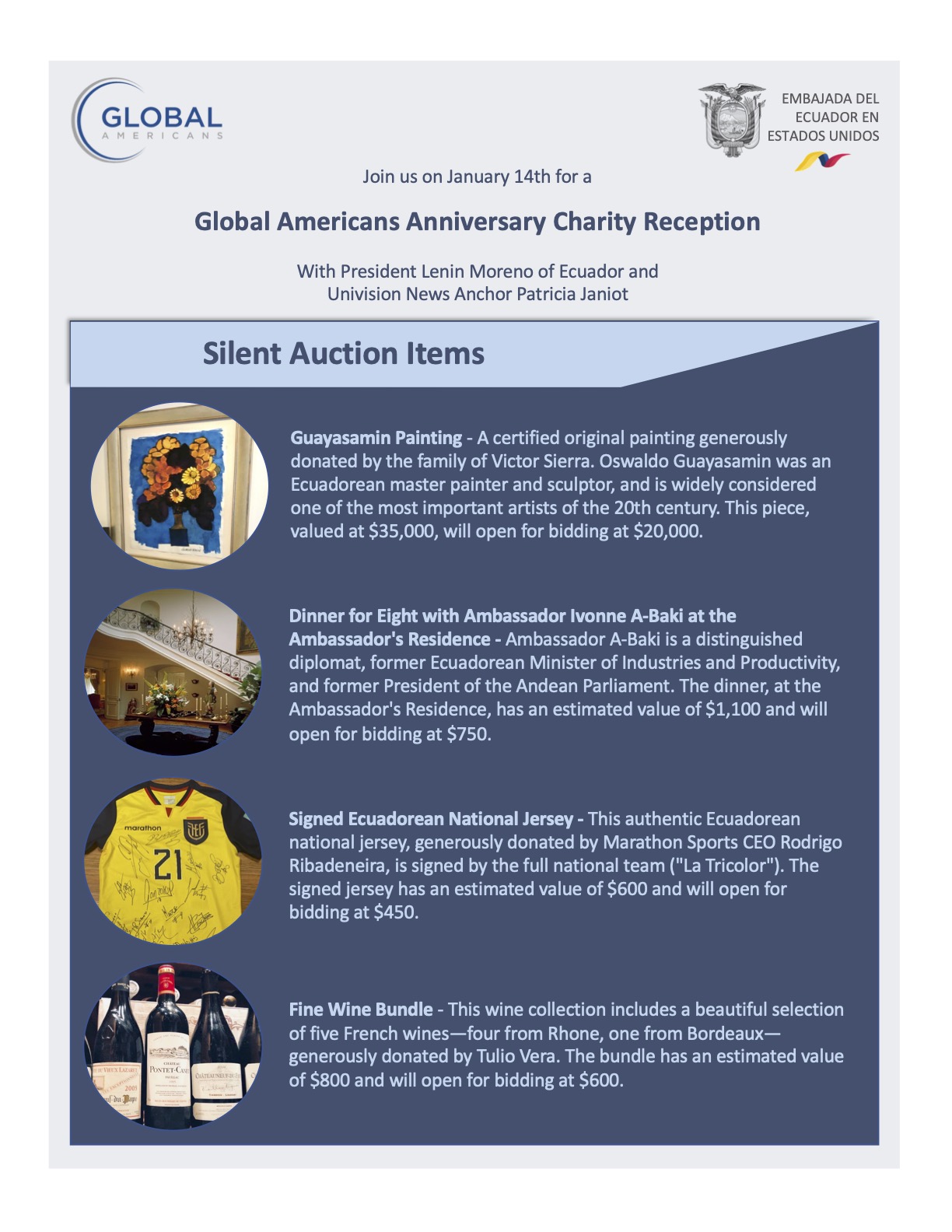