This endowed fund is being established to provide need-based financial aid for students to attend The Outdoor Academy (OA), a semester school located in Pisgah Forest, North Carolina. The fund honors David Gilbert, who, while working as a teacher and administrator at Greensboro Day School (GDS) in Greensboro, NC, nurtured a strong relationship between OA and GDS. Awards from this fund will be given annually to OA students whose families demonstrate the need for financial aid, with priority given to students from GDS and students of color, to help reduce the financial burden on their families. 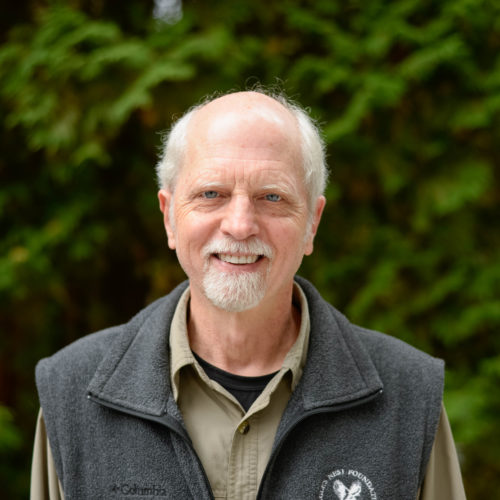 David’s introduction to OA and its parent organization, Eagle’s Nest Foundation (ENF), began with a conversation in 1993 with then-executive director Helen Waite. Helen visited GDS to discuss her dream of a semester school, hoping that GDS, where David was academic dean, would be interested in the concept. Convinced by Helen’s vision for OA and ENF’s mission to provide “experiential education for young people, promoting the natural world and the betterment of human character,” David promoted the idea to his school, and its trustees voted for GDS to become one of OA’s six founding member schools. David served as his school’s liaison to OA for the next 25 years, seeing over 40 students from his school attend OA, including his daughters Katie and Jenny Rowlett. He also served on ENF's original OA Advisory Committee before joining the ENF Board of Trustees where he served for many years as OA Committee chair and currently serves as Treasurer and Finance Committee chair.

David completed his 44-year career at Greensboro Day School in August, 2020. He had served as academic dean for 31 of those years and also taught math, physics and computer science and helped lead the international student program. He was an enthusiastic promoter of the GDS arts program and as a cellist was often involved in music performances with the students. He was also a passionate advocate for environmental issues and outdoor experiential education. He was a leader of the annual Junior Backpacking Trip after it was initiated in 1982 by headmaster Jim Hendrix, and he observed the lasting impact of that 6-day experience on students over the 37 years that he led groups on that trip. In the Outdoor Academy, David found a program that extended the experiential learning environment by integrating outdoor technical and leadership skills experiences with a rigorous academic program for four months, magnifying the impact of both in extraordinary ways. David hopes this fund, at least in a small way, can help ensure that this experience is available to students regardless of financial means, furthering ENF’s mission as equitably as possible.