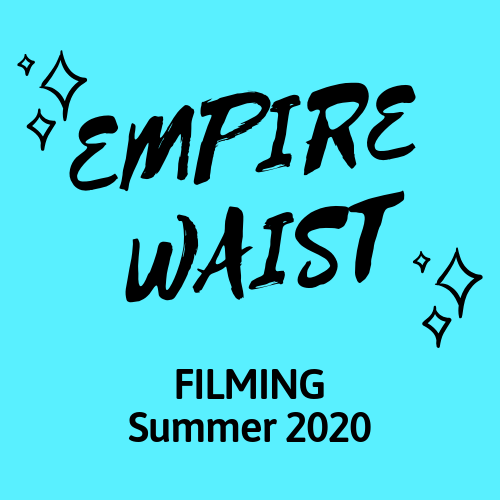 Comedy writer Claire Ayoub (Amy Poehler's Smart Girls) wrote the film she wished she had seen as a teen girl struggling with her own body image issues. Her coming-of-age comedy EMPIRE WAIST has been acclaimed by The Black List for its deft handling of teen body image, body diversity, and for being just plain funny.

Claire is filming EMPIRE WAIST independently with a diverse, inclusive, and fairly paid cast & crew. Claire will be producing and directing the film in her hometown of New Canaan, CT — right where her own body image journey began.

To reach the film’s $570,000 budget, Claire is touring the country on a nine-city script tour this fall to raise funds and connect with donors, arts organizations, youth organizations, and potential investors who want to support this story and its powerful message of self-acceptance for young people everywhere.

Very excited to hear more about your script and filming!! Love watching the process to create your film!

Keep going, Claire! We all believe in you!

So proud of you Claire! Can't wait to see this gem of yours on the big screen!

For making my elementary bus school rides so much more enlightened.

You go Claire! I knew you would!

Looking forward to all of the designers of "junior" wear to get ready for the young women ready to live this in real life!

GO CLAIRE!!! You're amazing and I can't wait to see everything you do!

❤️ Claire you are amazing! You got this. Can’t wait to be at the premiere ;) xoxo

So proud of you, Claire. Can't wait to see Empire Waist in theaters. - Boafoa

Claire, your commitment to a diverse and fairly paid cast is inspiring! So excited for you!

Love what you're doing and wish I could give more -- keep it up!

Break a leg, Claire! It has been so exciting to see your success. Cannot wait to see the film!!