Human rights keep endangered at the borders of the European Union. After the fire that destroyed Lipa Camp (Bosnia Herzegovina), people are being forced to stay in the snowy forest and the police are blocking most of humanitarian aid. Many people have managed to leave this place walking through the forest, and now they are hidden in abandoned buildings in the surrounding mountains. This is a humanitarian catastrophe happening just a few kilometres from EU borders.

Before the fire occurred in Lipa Camp, there were around 1,500 people already living homeless in the area of Bihać. Now, after authorities displaced hundreds of people to Sarajevo, there is still many people around Lipa. Approximately 250 people reached Bihać and more than 100 reached Velika Kladusa, where more than 500 people is already living without running water and electricity. No Name Kitchen is conducting double distributions each day to support the people in need with food, water and warm clothes, including sleeping bags, tents and blankets.

The work is exhausting and our expenses are much higher than usual. Thanks for those who are trying to help. No Name Kitchen insists on the need to keep actively denouncing this situation. It should not be about charity, but about rights, justice and decent politics. 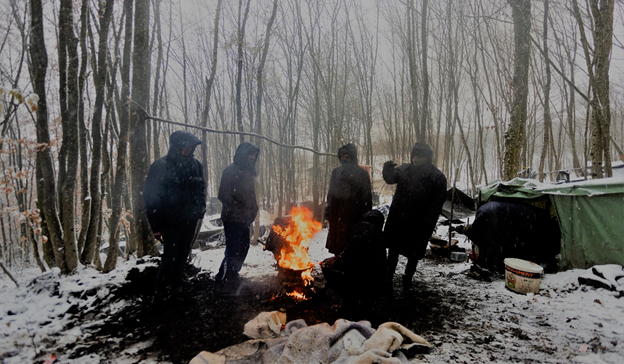