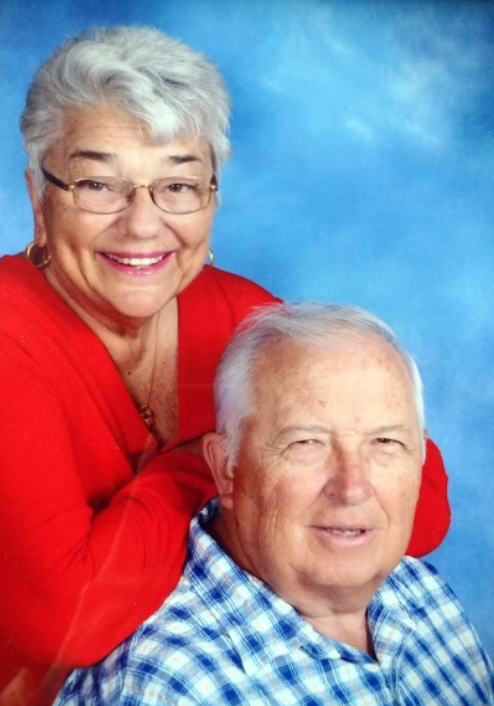 Ed’s ardent faith comforts his family in knowing that he is now reunited in spirit with his mother, Victoria, father, Paul, and his only sister, Florence. He is survived by his wife, Anne, two sons, Karol (Carolyn) and Andrew (Lynne), and his daughter, Katherine (John). Also, surviving are nine grandchildren and two great-grandchildren.

Ed grew up in lower Manhattan, attending LaSalle Academy in NYC. He worked his way through college with his wife, Anne, by his side. Later, he earned his Masters in Engineering from Newark College of Engineering, Class of 1971. True to his character of loyalty, Ed worked his entire career, spanning more than 40 years, for Westinghouse Elevator, retiring as Schindler Elevator. His career brought his family on a grand adventure from NYC, NJ, Chicago, to Washington DC.

“Eddie K”, as called by his many friends, loved 3 things with passion: his family, golf, and organizing events to bring people together. No one was ever out of place in Eddie K’s company.

Family was Ed’s focal point. He and Anne married at the young age of 19 and set an example of love and commitment for 59 years. As the family grew and spread around the world, he hosted more than 27 years of “Klosowski Beach Weeks” to ensure the family stayed connected. In later years, Ed’s persistence uncovered long-lost family connections to his mother’s family in Poland. This extended family embraced our USA family as their own, leaving Ed's children and grandchildren with aunts, uncles, and cousins galore! Ed took great pride in his Polish ancestry and for many years hosted Wigilia (traditional Polish Christmas Eve) for others in the Lockwood Folly Community of shared heritage, where, no doubt, a Polka with Mania was danced, a polish Christmas carol was sung, and many a “Na Zdrowia” (cheers) and “stolat”(100 years) were cheered!

Eddie K was an avid sports spectator and loved no sport more than golf. Everything about golf resonated in his character: discipline and commitment, healthy competition, and above all, fellowship. An Engineer by profession, his passion made him the honorary Myrtle Beach Golf Outing coordinator at Westinghouse -Schindler for colleagues and customers for many years. Ed’s discipline won him Maryland’s Glenn Dale Golf Club Champion (1st and 3rd flights) and his LUCK graced him with no less than 2 Hole-In-Ones: Patuxent Greens CC (1989) and Andrew Air Force Base, East Course (1995). Diving into the Lockwood Folly Country Club in retirement, he was honored to win the LFCC Match Play Championship in 2006. While in Lockwood Folly, he cherished the fellowship that the golf club afforded. An equity member and longtime fraternal “Golden Boy”, he spent many years organizing the Men’s Golf Assoc. 9 hole league as well as the couple’s Golf events. Eddie K’s legacy in golf lives on in his daughter, grandson, Joseph, and granddaughter, Lindsey – and we’re working on the rest of the clan!

Bringing people together and forging meaningful relationships was at the heart of Ed’s existence. A lifelong history of comradery in Bush League, bowling, poker, Triple Crown’s, and Bourbon Sippers. His children were raised with his friends, neighbors, and colleagues as extended family. He embraced all, saw the good in everyone, and sought to bring out the full potential in every human being. These traits, with God’s grace, live on in everyone who was blessed to know him.