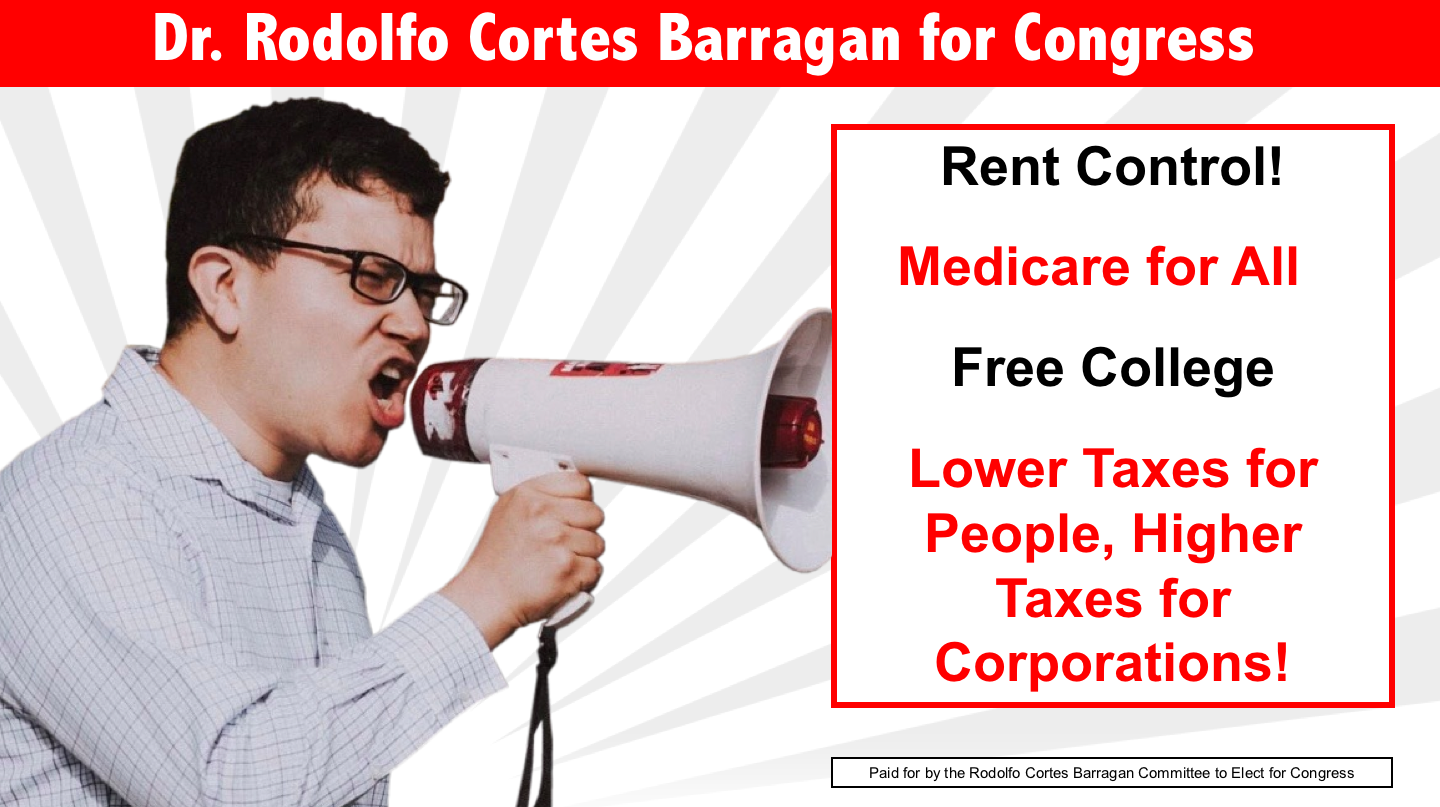 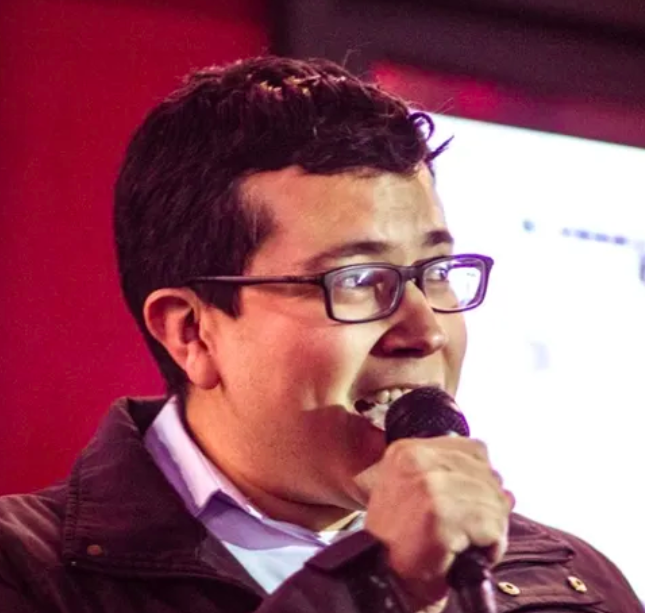 Establishment politicians of both billionaire parties have conspired with multi-national corporations to ransack not only the U.S. working class, but to destroy humanity's habitat in the service of profit. Thankfully, the majority of Americans want a working peoples' party to enter the United States Congress.

A former Democrat, Dr. Rodolfo Cortes Barragan is running as a Green Party candidate. He is a first-generation U.S. citizen, coming to the U.S.A. at a young age from Mexico, earning his degrees from UC Berkeley and Stanford. He is a scientist, journalist, and organizer who recognizes that it's time for a bold, anti-corporate, people-focused transformation of U.S. society.

The Ecosocialist Green New Deal We Need and Deserve

Guaranteed jobs programs for all

Abolish taxes for all working families

The Peaceful Future We All Want

Facebook
LinkedIn
Twitter
Choose amount Information Payment       
Contribution rules 1. I am a U.S. citizen or lawfully admitted permanent resident (i.e., green card holder). 2. This contribution is made from my own funds, and funds are not being provided to me by another person or entity for the purpose of making this contribution. 3. I am making this contribution with my own personal credit card and not with a corporate or business credit card or a card issued to another person. 4. I am at least eighteen years old. 5. I am not a federal contractor.
Facebook
LinkedIn
Twitter