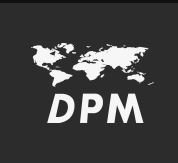 Derek Prince Ministries continues to impact the lives of millions of Christians through its outreaches in the former Eastern Europe, Asia, Africa, Latin America, China, the Middle East and the former Soviet Republics.

We do this by translating Derek’s teaching into over 120 languages. We print and distribute millions of Derek's books, CDs and DVDs to pastors and believers worldwide. We dub audio visual resources and launch teaching websites for those who want to discover the riches of God's Word. We host conferences for pastors and load teaching resources on Secure Digital (SD) cards for distribution in remote areas and restricted nations.