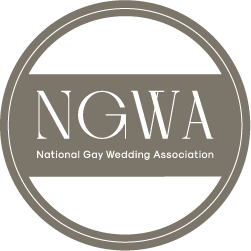 The LGBTQ+ community has been around since the beginning of time. For centuries many LGBTQ+ individuals have hidden their sexual identity out of fear. Beginning with the Stonewall riots, the LGBTQ+ community has stepped out and said, no more! So PRIDE began. Come out, come out wherever you are, and we did. Today it is estimated that 10% of the American population identifies as an LGBTQ+ individual. Some estimates are even higher. America’s next census in 2020 we will NOT be counted. The times are changing. Generation Z is going to change the world.

In June 2015, the LGBTQ+ community was given equal rights when same-sex marriage marriage was now the law of the land. Looking back, no one was ready for what was going to happen. Courthouses had to redo marriage license applications overnight. Mr & Mr and Mrs. & Mrs. were now becoming a “thing”. Let’s not forget the wedding vendors. I remember talking with a DJ about his contract information. Grooms Name, Bride Name, “just cross-it-out” I was told. Today, almost every LGBTQ+ couple getting married has a negative story to tell. Starting with an engagement party or contacting vendors or planning their wedding. The stories are real and hurtful. It’s estimated couples will need to “come out” 14 times while planning their wedding. Life changing. Fours years later, we still have many barriers to break down. The LGBTQ+ community is growing. 95% of LGBTQ+ couples getting married want to know, are you inclusive?

Same-sex marriage is in jeopardy. Several states now have open discrimination laws in effect. Did you know that? Most individuals do not realize the laws, the continued messages of hate the LGBTQ+ community hears on a daily basis. Most hate comes from fear. Most fear comes from lack of knowledge. Knowledge empowers change.

The National Gay Wedding Association Breaking down barriers through education and training.