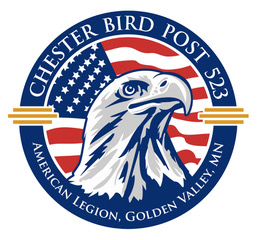 Chester Bird Post 523 is a nonpartisan, not-for-profit veteran organization - the American Legion! Chester Bird Post 523 American Legion honors and is dedicated to the memory of Chester D. Ptaszek (pronounced pea-ot-zig), Private, United States Army; who lost his life in the Second World War. Chester Bird was a nickname, as the name “Ptaszek” is a Polish derivation of “bird.” Pvt. Ptaszek was 35 when he was first reported Missing in Action (MIA) and then confirmed to have died in France, on August 1, 1944.