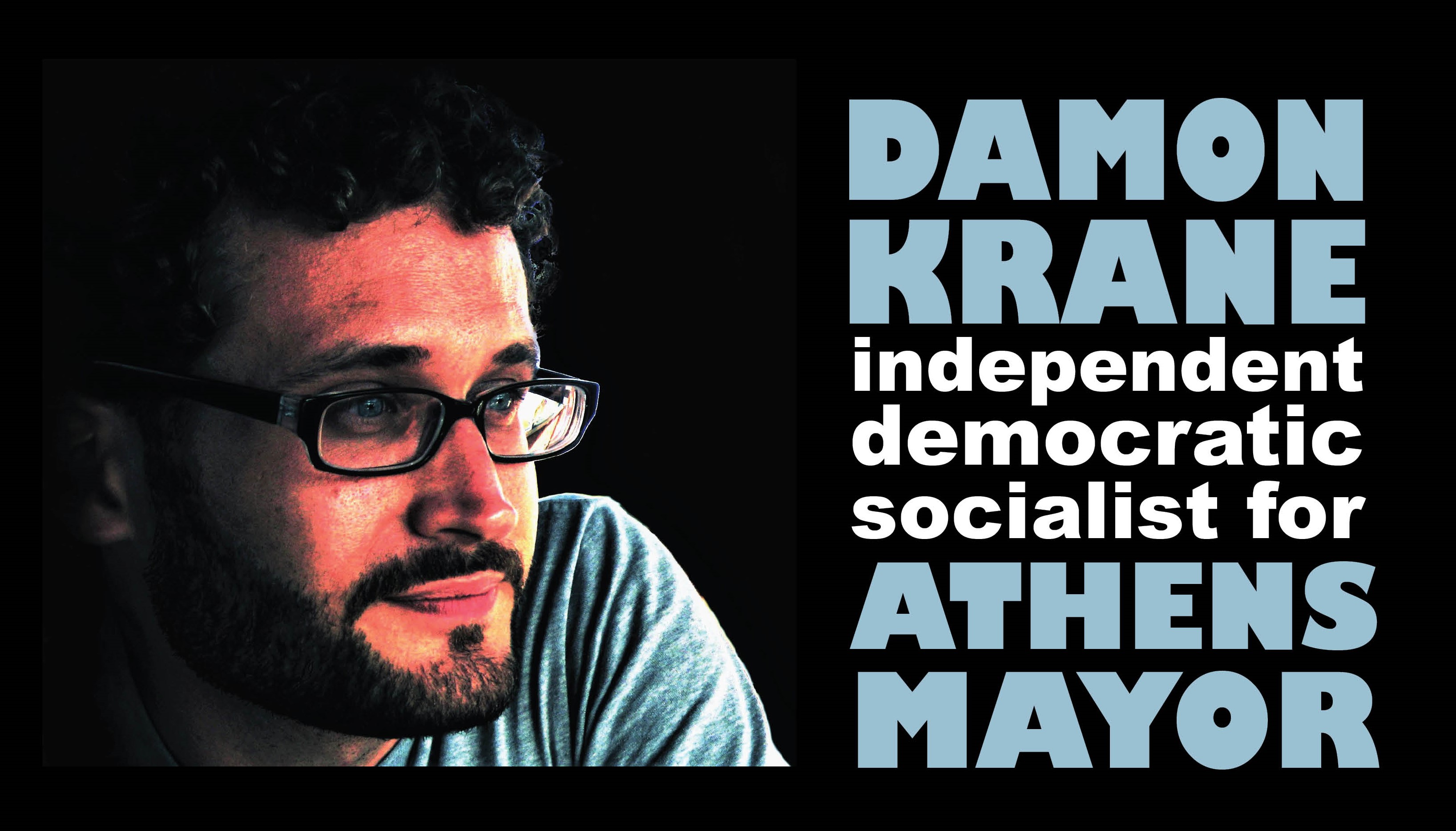 Athens deserves democracy. Without it, we'll never win the city that students, workers, and struggling young families deserve. But for too long our votes just haven't mattered.

Current City Council members have run unopposed more than two thirds of the time. Meanwhile, no one ran against incumbent Mayor Steve Patterson in the 2015 primary, or in the 2015 general, or the 2019 primary. If I wasn't running against him in this November's general election, he'd be mayor of our city for at least 8 years without ever winning a single competitive election for that office.

With 11 city offices up for election this year, there was only 1 competitive primary race -- and it only happened after a longtime incumbent councilmember announced his retirement. But even when we do have competitive primary races, they're decided in May, after the majority of our city's eligible voters have left town for the summer. So in the city elections that matter most, our most populous voting precincts have our lowest voter turnout -- often literally zero turnout.

The ugly truth of Athens city government is simple: Most of the time voters play no role whatsoever in determining who governs our city, and practically all of the time the vast majority of eligible voters has no say.

This is why Athens is a paradise for predatory slumlords. The city's understaffed, overburdened rental housing inspection program is designed to fail, and neither City Council or the City Law office will crack down on slumlords. So the majority of city residents pay exorbitant rents to live in dangerous squalor. Theft of tenant security deposits and the invasion of tenant privacy due to unauthorized landlord entry are commonplace. Finally, the absence of insulation and weatherization requirements not only causes discomfort, health hazards, and devastatingly high utility bills for tenants, it creates an unnecessarily large carbon footprint for the City of Athens.

On February 1, 2017, OU carried out its largest mass arrest of students since the Vietnam War era (the second largest mass arrest in OU's 215-year history), then sought to have dozens of students convicted of false criminal charges. This was in response to hundreds of OU students legally gathering in Baker Center to protest the Trump administration’s first racist travel ban. The 70 people wrongfully arrested for doing so – almost all of them OU students – were dubbed the Baker 70.

The Athens Police Department joined OUPD in carrying out these wrongful arrests. Then the Athens City Law Office, led by County Democratic Party stalwart Lisa Eliason, made the decision to prosecute the Baker 70 on false charges. After OU and the City lost one of the criminal cases, the charges were dropped. But that was not until after the City Law office had intimidated 15 members of the Baker 70 into accepting plea bargains, whereby students were automatically convicted of lesser (but equally false) charges – and those convictions still stand.

OU then followed its illegal arrests of the Baker 70 with an equally illegal ban on indoor campus protests, immediately denounced as unconstitutional by the Ohio ACLU. But our city government has given every indication it will support OU in enforcing this unconstitutional policy, just as it supported OU in wrongfully arresting and prosecuting the Baker 70.

And what about the economic well-being of most Athenians?

We all know that unionized workers generally succeed in winning better pay, benefits, and working conditions -- thereby reducing poverty and economic inequality. But the administration of my opponent Steve Patterson recently chose to ignore the city's Responsible Contractor Bidding Criteria in order to try to eliminate nearly 40 good-paying, local union jobs with benefits (and to derail successful recycling and composting projects) by attempting to take the city refuse and recycling contract away from Athens Hocking Recycling Center. And Patterson's right hand man, City Service-Safety Director Andy Stone, has pursued union-busting outside of Patterson's administration, too -- as chair of the Hocking College board of trustees that recently awarded HC President Betty Young a lavish bonus after she succeeded in reducing unionized Hocking College staff to just 1/3 its level when she was hired.

Meanwhile, Patterson and Stone have opposed simple, common sense initiatives to support the local independent food and beverage scene, which not only provides crucial support to our arts & music scene and our progressive local political culture, but which also has the potential to bring more tourism dollars into our community.

Enough is enough. I'm running for Mayor to change all of this.

I'm a 39-year-old tenant, worker, fledgling small business owner, former nonprofit administrator, and longtime local social justice organizer who's lived, worked, and studied in Athens for 13 years. Like a majority of Millennials -- and like Bernie Sanders, who 63.4% of Athens primary voters backed in the 2016 presidential primary -- I'm also a socialist, and have been for more than 20 years. I am currently a proud member of the Southeast Ohio chapter of Democratic Socialists of America.

But while I support the decisions some of my fellow democratic socialists have made to run as Democrats (e.g Sanders, Aexandria Ocasio-Cortez, Rashida Tlaib, Ilhan Omar), like the independent socialists elected to Seattle and Chicago city councils I'm running for Mayor of Athens as an independent. I'm doing this for two specific reasons.

First, with no Republican running for mayor (nor any Republican capable of winning in Athens even if they did run), there is no chance of a leftist independent "spoiling" the election and inadvertently electing a Republican. And not having to worry about Republicans means not having to settle for Democrats -- especially Democrats like my opponent.

Second, only by running as an independent can I bring about a competitive mayoral election in November -- one that finally will give all eligible voters the opportunity to determine who will be our city's mayor. There's no way to make that happen by running as a Democrat against another Democrat for an office only being sought by Democrats, as that would result in the race being decided in May, when most eligible city voters aren't here to vote. Only by running as an independent against a Democrat can I restore local democratic elections.

But if you can pitch in to help win the Athens we deserve, I know we'll succeed!