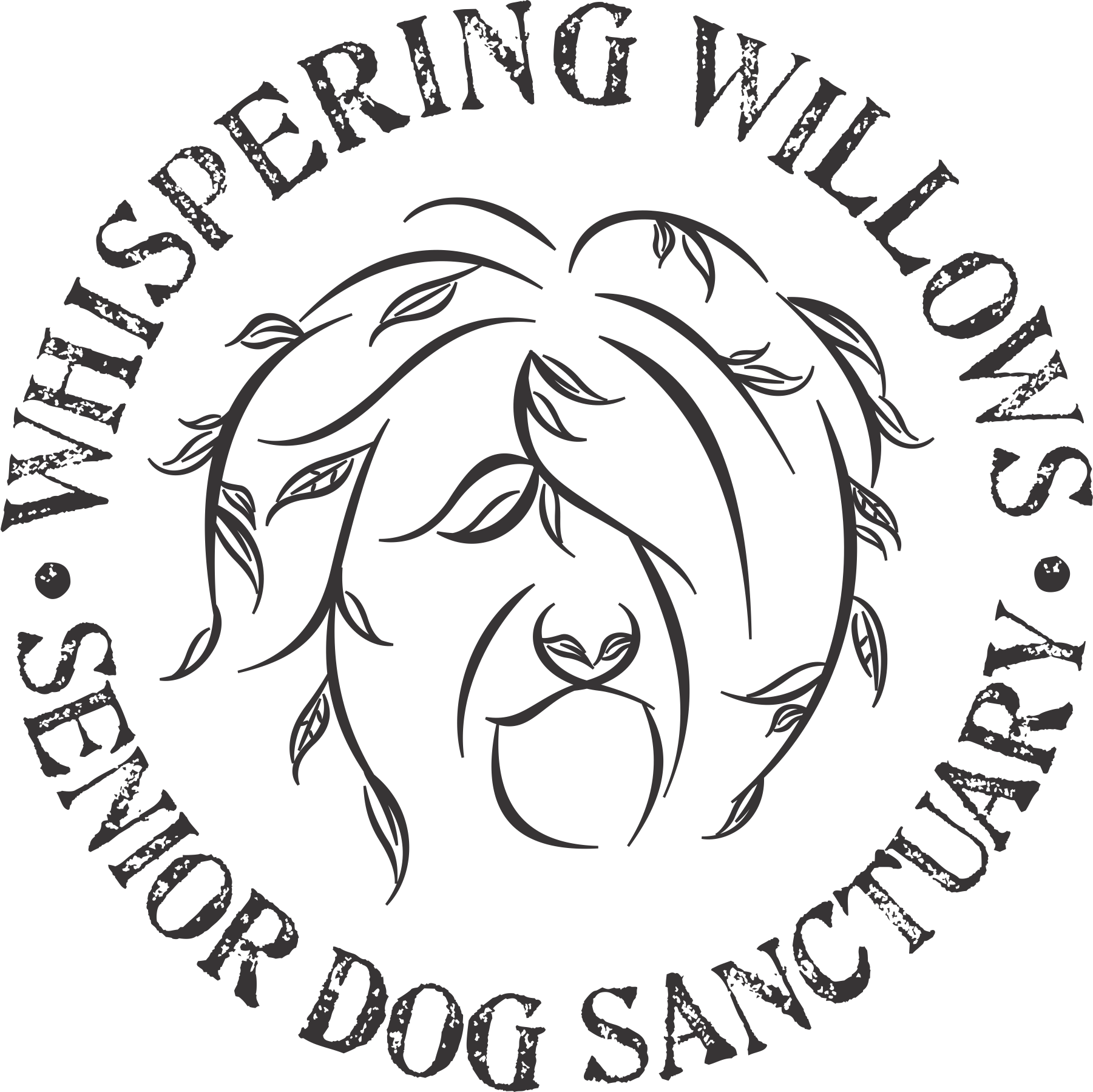 We have three different sponsorship levels to choose from. Daisy Doodles Darlings are at our mid-level of care, which is $50 a month. You will receive a tote bag and a monthly newsletter with this sponsorship choice. The seniors that fit into this category are starting to decline in health but are still mobile. They have a need for an increase in pain management to keep them going. Additional medications allow them more time at enjoying their senior years, pain free. Daisy Doodle is a wonderful role model for this category. 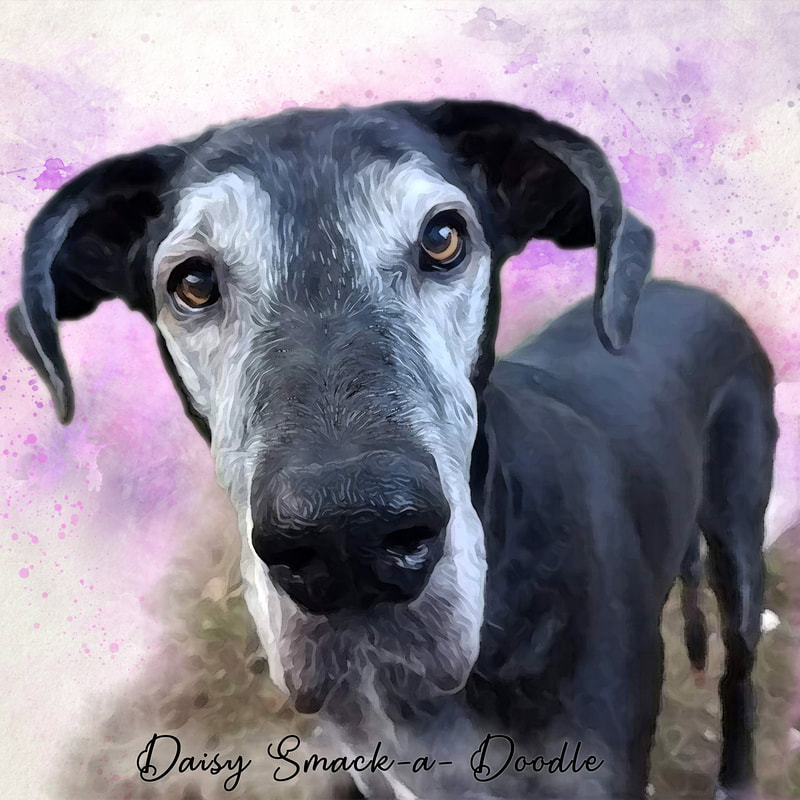 Daisy and her Dane sister Kenna came from a Tennessee shelter. At 8 & 10 yr old senior Danes their thoughtless, cruel family dumped them at the shelter and walked away. No longer wanted. Kenna managed but Daisy was so tender hearted she gave up. She had lost all hope and was dying. WWSDS was called upon and we took both beautiful giants. That was one decision I am so thankful for. These girls were both amazing. Kenna passed away a year ago from a brain tumor but Daisy was with us for two years.

At their initial arrival it was clear that Daisy may not make it. She was sweet but her hope and the want to live was gone. The fight was on to restore her heart. Every day and night I was by her side. Holding her, loving her, singing to her, hand feeding her. Letting her know she was truly loved. It seemed as though we were losing her. I decided to schedule her euthanasia, she was suffering. The morning she was scheduled this girl woke, stood up, looked at me, and walked outside to lay in the sun. She had heard my love calling her and her heart awoke. Daisy claimed me as hers. She had a long road of healing ahead but she chose to keep going.

Fast forward through 2 years of love, friendship, healing, and having fun together. Daisy was the goofiest, sweetest, kindest, loving, gentle, laziest, deep soul, a little bit of sass, accepting giant I have ever had the pleasure of knowing. She was my best friend here at the sanctuary and slept in my king size bed which she took up most of! She refused to sleep without being under the covers. She could kangaroo kick with the best of them.

She still got the zoomies but the old lady version that looked like a drunk camel. She loved all her friends and Dane sisters here at WWSDS. Daisy got along with every dog that came to live here. Usually when visitors came she would say hi and go back inside, she enjoyed her naps. Her heart was full and she really never needed anything else. She had a favorite spot on the couch and if you sat in it she would stand right there waiting until you moved out of it.

Over the last two years for different medical reason we thought we were going to lose our Daisy Doodle but every single time this girl came back fighting. She never gave up and seemed to have more strength than most of us. She was a warrior and a determined spirit.

Over the last fews months her stability had really become difficult for her. One back leg was begining to fail. We started red light therapy treatments, added multiple pain management medications, started strengthening her and walking. Daisy perked back up and seemed to gain some progress. Over her last month she had a few good days but mostly Daisy just wanted to sleep. We could tell she was preparing for her next journey and had surrounded her constantly with love. Daisy had lost mobility and fallen several times. Her spine was completely giving out. What once was a stiff leg with not as much movement became a leg that was lame and then the other back leg failed as well. Daisy's body was slowly shutting down and she was growing increasingly tired. She was scared of what was happening and had also stopped eating. Being such a large girl it was not easy on her body as it aged. She was the largest /tallest Dane I had ever seen who also thought she was a lap dog. Daisy told us it was time. I had been secretly hoping she would pull through for longer but I knew she was ready. As much as I loved her I also knew it was my job to let her go.

Dr. Levin came to the sanctuary. He was so gentle with Daisy and kind. She was sitting in one of her spots on the couch with her head in my lap. She was spoiled all day with special food, extra love, a nap together, and all of us surrounding her. She died exactly as she had lived. Full of love.

I have no real words to share the loss I feel of such a wonderful being. Daisy truly became one with my heart and I shall forever miss her. What her owners threw away I shall cherish for ever. The last two years Daisy has helped form the theme and love that is given here at the sanctuary. She is the epitomy of a heart transformed and saved.

We will always save your spot Daisy Doodle...