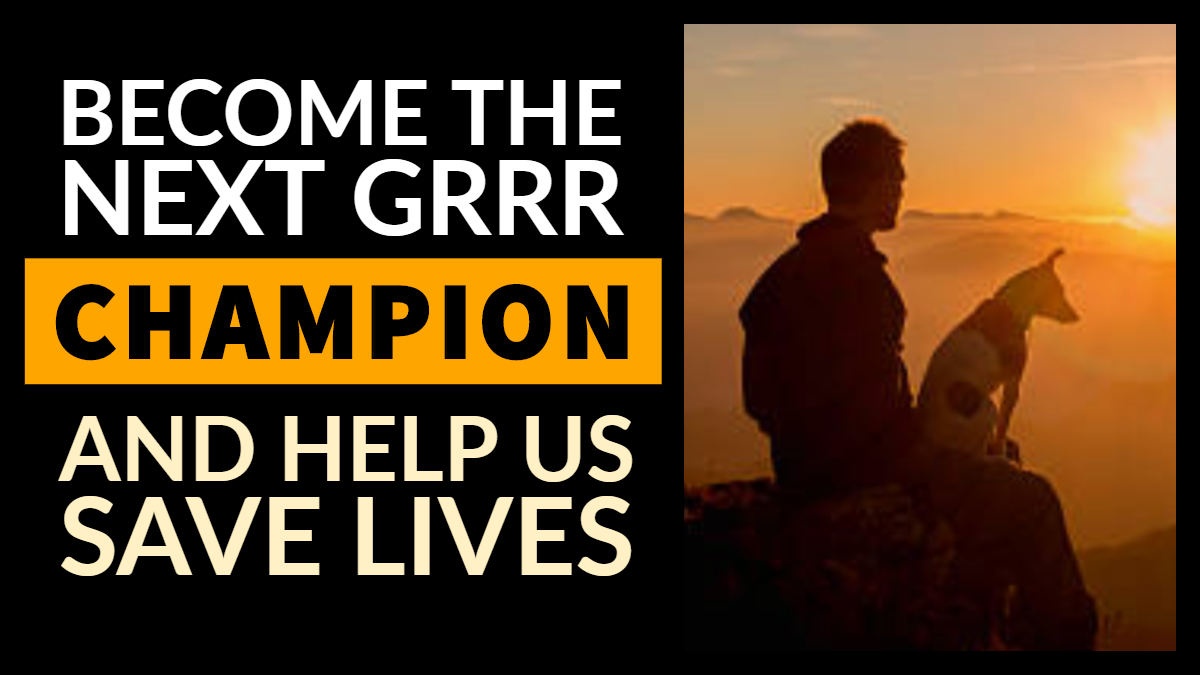 One week ago a post was found on a local Facebook lost and found page describing a blind, emaciated dog found in the parking lot of a busy strip mall on Victory Drive and the Truman Parkway.  The dog was taken to Chatham County Animal Services and placed on a stray hold.  There were a couple of people who thought the dog might have been their long lost pet but after visiting him we sadly discovered he wasn’t their dog.  I visited the dog on Sunday, brought him a large blanket and promised him that we would be there for him. Yesterday we were blessed with the opportunity to be there for him and he left CCAS on his road to love and rehabilitation with GRRR. His name is now Charlie and he will be visiting Dr. Mulvey today in his next step in rehabilitation.  We would like to reach out to our followers today for assistance by creating a "Five Dollar Friday" campaign for Charlie. So we ask that maybe you skip the Starbucks or Krispy Kreme today, maybe spend five less dollars at Kroger or on that holiday gift.  With your five dollar donation you can add to the start of a new beginning of an unwanted and neglected animal.  100% of your five dollars will go to Charlie’s care and future medical bills.  We thank you and so does Charlie.

Facebook
LinkedIn
Twitter
Choose amount Information Payment       
Founded in 2011, GRRR is a small 501(c)(3) rescue organization that serves Savannah, Georgia and the surrounding counties. We are dedicated to rescuing dogs and cats from owners who are no longer able to care for them, from public shelters without a “no-kill” policy, and from situations where they have suffered abuse or neglect. We are committed to helping both the most needy and the more readily adoptable animals in our community. All donations made are tax deductible, and every dollar goes directly to the care of our animals. All of our rescues are spayed or neutered, receive proper veterinary treatment, and are placed in loving foster homes while awaiting adoption.
Facebook
LinkedIn
Twitter