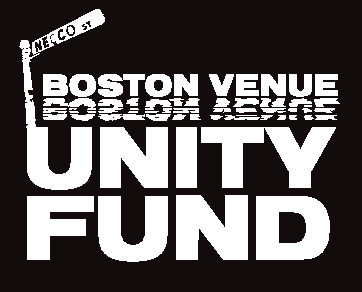 Boston Venue Unity Fund, a 501c3 public charity, is raising funds for members of the Boston Music Community in need of assistance while Boston's venues remain closed due to the pandemic.

ChannelVision powered by @Gigabit.live, a local company that uses cutting edge multi-platform technology, is greatly enhancing both our video and audio capabilities to offer a better concert experience in multiple media.

Channel The Next Generation featuring young up and coming artists whose family members either played or worked at The Channel.

Boston’s live music venues are still closed and musicians are still hurting. In an effort to continue to help those in the Boston music community who are in need because of the pandemic, Boston Venue set up the  Boston Venue Unity Fund.

For the month of May we reprised, The Channel hosted lunchtime mini-concerts from the late ’80s, featuring local and national headliners, a WBCN emcee, now presented in a virtual format, live on Facebook!

The series, which currently has over 50K views, featured Channel headliners including Jon Butcher of Jon Butcher Axis; Sal Baglio of The Stompers; Dan Zanes of The Del Fuegos; and Adam Sherman of Private Lightening. In the first weekend of Channel Vision we featured Mike Girard and Rich Bartlett of the The Fools, Tom Hambridge of TH & The Wreckage, accompanied by his daughter Rachel, Fred Pineau & James Melanson of The Atlantics, Dave Herlihy & Dave Martin of O Positive, Gerry Lehane, James Young, Peter & James O’Halloran of The Dogmatics
(from their porch), DiDi Stewart & Alizon Lissance of Girls Night Out, James Montgomery,  Danny Tucker of Zion Initation, Kenny Chambers of Moving Targets and Vinny Noble of Bim Skala Bim. Plus, legendary WBCN personalities including Chachi Loprete, Oedipus, Carter Alan, Carmelita and Bradley Jay have co-hosted and led discussions after each performance.

The concerts were held every Friday in May at noon on our Facebook page, and ended May 29th.

Followed by the first weekend of Channel Vision 2020:

May 29th to 31st (exactly 40 years since The Channel's opening), starting at noon each day, we featured a series of Zoom-powered, free-form performances, discussions, and a silent auction.

The silent auction featured items donated by Channel alumni including Woody Geissman of The Del Fuegos, Janet LaValley of Tribe, Joe Perry of Aerosmith and The Joe Perry Project, Tom Hambridge & Buddy Guy! We raised 1020 in the auction and a grand total of 5624!  All the winners received their items and checks are on the way to performers who participated and to Right Turn, a great nonprofit organization that assists musicians with substance abuse issues!

To all of the artists, panelists, hosts that participated, people who donated,

and most of all each of you that tuned in in May!: