Since our founding in 1968, The Burning Spear newspaper has covered struggles to free African people from U.S. colonial prisons, including historic campaigns led by the African People’s Socialist Party.

The Spear regularly prints letters and articles by our brothers and sisters held captive, and we ship copies of the paper, free of charge, to over 500 prisoners each month, through the Mafundi Lake Sponsor a Prisoner Subscription Program.

Spear readers - we need your support!

Contribute to our Black August fundraising goal: at least $10,000 to fund the prisoner subscription program as it grows to reach more of our people behind prison walls! Donate today!

Special thank yous when you donate! 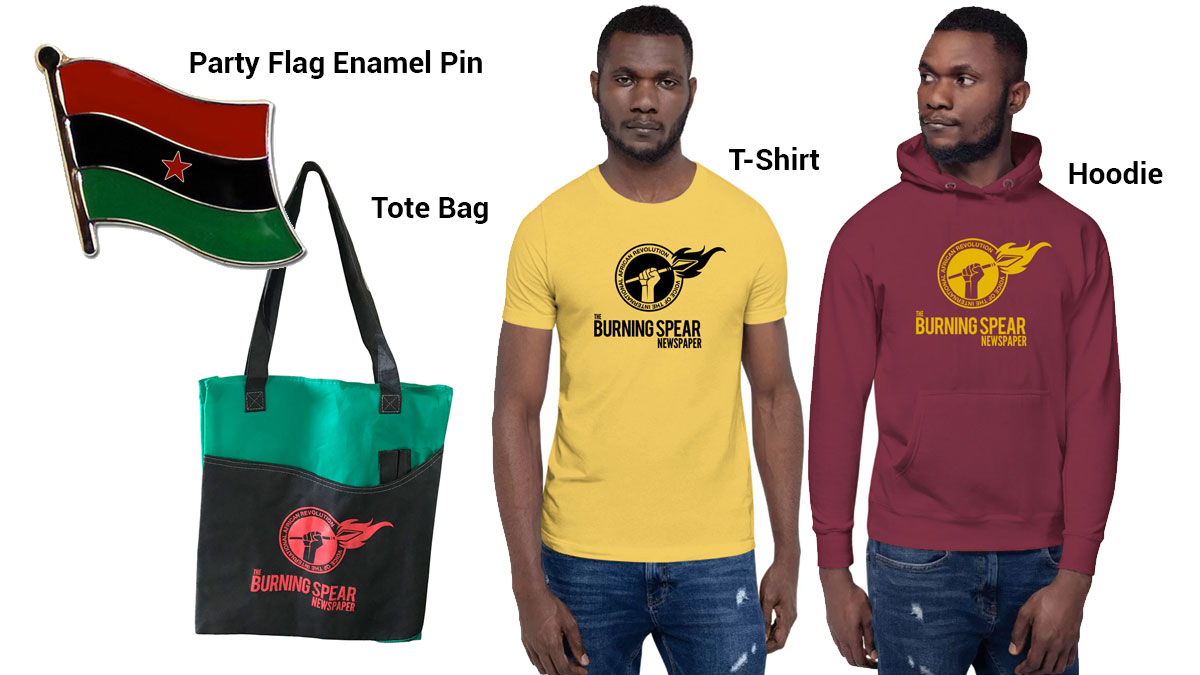 Over two million African people are locked up in U.S. prisons.

The mass incarceration of African people is genocide, breaking up families and preventing births by removing African men and women from our community during their prime productive years.

Prison in the U.S. is modern-day slavery, where the forced labor of African people makes millions for the government and corporations.

With the privatization of prisons, libraries are closing and information from the outside world is increasingly denied to our brothers and sisters behind bars.

Since its first print issue in 1968, The Burning Spear newspaper has always been sent free to any prisoner who requests it.

The Burning Spear newspaper is a lifeline to thousands of Africans in prison who pass the paper from cell to cell until it falls apart.

The Spear helps African prisoners understand the real reason they are locked up -- because we as an African nation don't have state power to determine our own destiny or to control the value that our labor has created.

The Spear ends the isolation of African prisoners, connecting them to the African nation and to the heroic resistance of African people throughout the world.

We depend on donations from supporters like you to pay for the subscriptions that they can't.

Today, The Burning Spear's Mafundi Lake Prisoner Subscription Program ships papers to over 500 prisoners in hundreds of prisons across the U.S.

Every week, The Burning Spear office receives letters from prisoners asking to receive The Spear, asking for help with their case, or just telling their story.

Here are excerpts from a couple of letters:

The Spear is more than a newspaper to Africans held captive in the brutal prisons in the U.S.

Your contribution supports the Mafundi Lake Prisoner Subscription Program that puts The Spear in the hands of African prisoners every single month!

Help us reach our $10,000 fundraising goal for Black August, to fund this program for the next year.

And we invite those who are able to make your donation monthly which provides a stable base of support to The Spear ensuring the ongoing publication and growth of this important black power newspaper.