Hello fellow StacheStrong supporters! Our names are Frank and Joe Barbalaco (collectively the Brothers Barbalaco / the Boys). We met Colin, the Foundation’s President and Co-Founder, a few years back through common friends at a Yankees game. A few beverages and some victories, and we’ve been friends and seat buddies since. While we never met GJ outside of a random encounter at a Rangers game at MSG, we followed the Gerner family story throughout his battle with this terrible illness. Their story and strength was an inspiration to us and watching the 'Stache become a symbol for the fight was really powerful. We have supported the foundation since its infancy and wanted to more actively participate in its mission during this November.

The origin story of StacheStrong is one that hits home to us, having lost our father to a rare disease 6 years ago. That’s why the message “Live StacheStrong” resonates with us. It also helps that our father sported a beautiful ‘Stache that a younger Alex Trebeck would be jealous of. While we never had the audacity to attempt pulling off the same look, we were very early adopters of the close crop beard look that has spread its way across our country over the past decade. It will be difficult, but we are trading in our beards for a couple of lip sweaters this Movember.

While we can’t promise they will be the most majestic numbers you’ve ever seen, they will certainly have wacky pigmentation (Frank’s tends to get a little salt and peppery and Joe’s turns blonde in the sun).  Please support the cause, in honor of GJ and all others who have battled GBM. 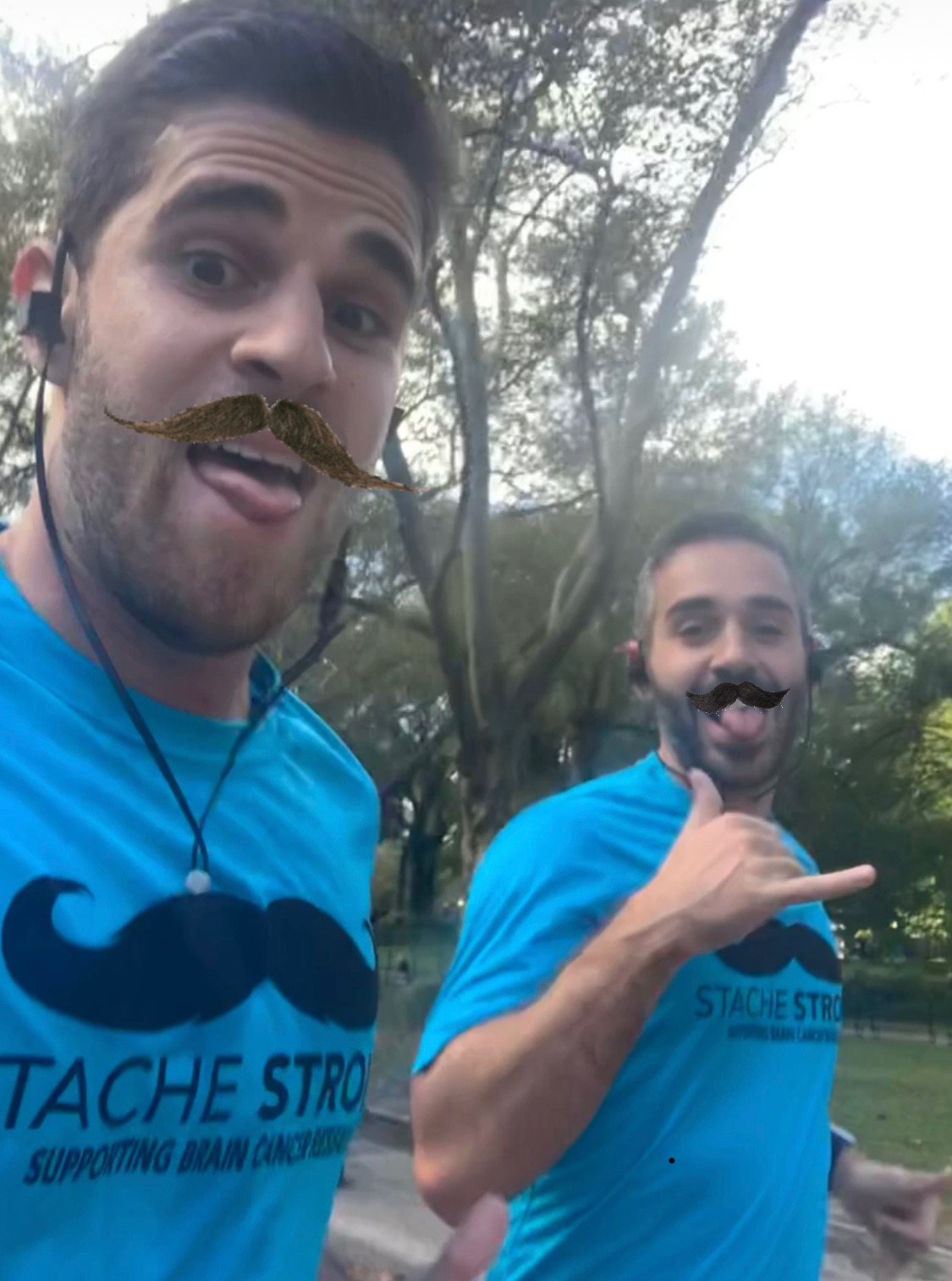 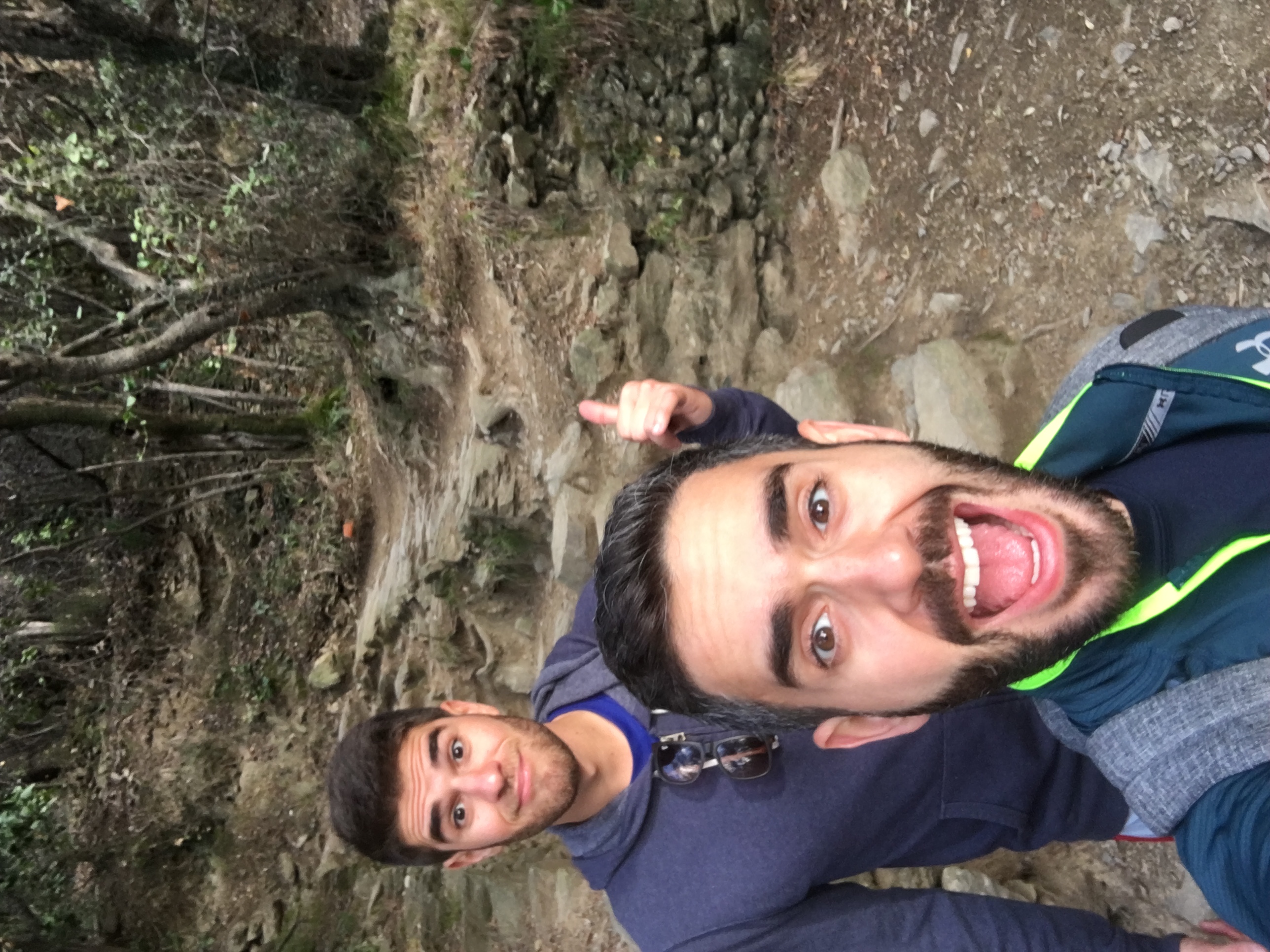 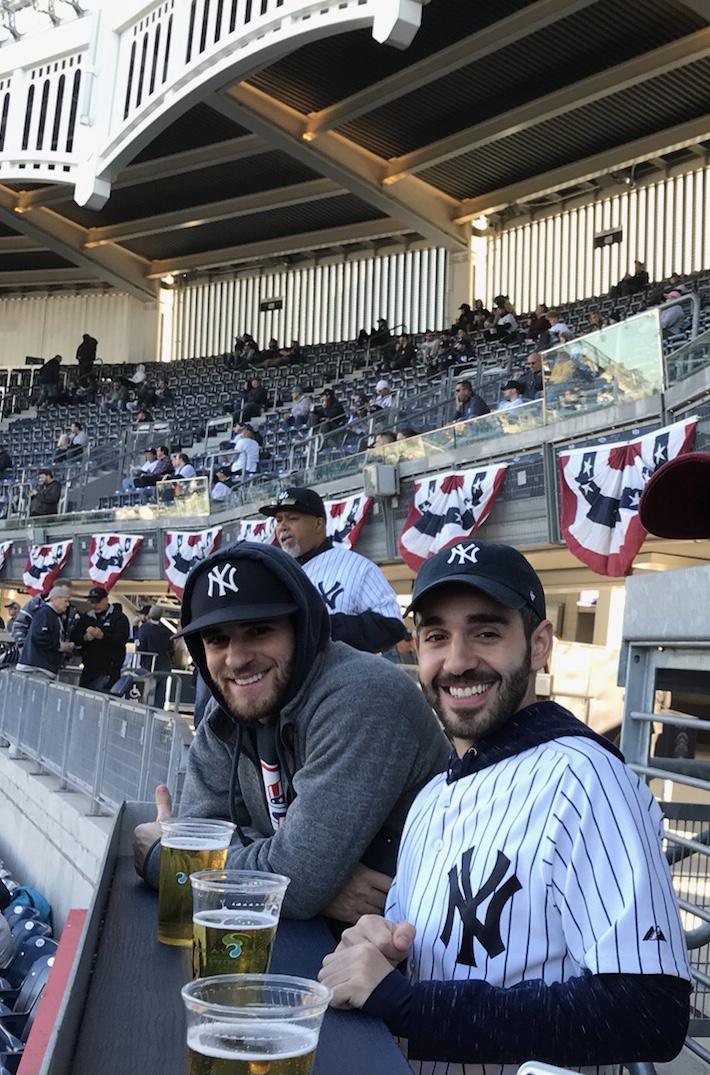 Every November, people around the globe grow out their facial hair to participate in the phenomenon known as Movember or No Shave November.  StacheStrong invites you to participate with us during November by letting your mustache grow wild as we aim to further spread our mission to combat the deadliest brain cancer.  Make GBM awareness the reason behind why you’re growing out your mustache, because we’ve learned first-hand how difficult it is for a lot of people to talk about brain cancer.  Patients and their families feel isolated during what is seemingly an insurmountable uphill battle.  Let’s start the conversation today, one ‘Stache at a time!!!

What’s StacheStrong, you might ask?  It is a 501(c)3 Charity we founded in 2018 as a result of a grim diagnosis of GBM to my brother, George “GJ” Gerner.  Statistically, GBM has a life expectancy of 10-15 months and simply put, this is the most dire of brain cancers.  GJ subsequently endured two emergency brain surgeries to remove golf ball sized tumors, several rounds of chemotherapy and radiation, as well as plenty of other treatments.  Everyone has heroes, but ours was one of the strongest you could ever meet.  After a 25 month battle, our hero gained his wings on 9/17/19 as he passed the torch to us to continue his fight.

We had a tremendous amount of support last year from different police and fire departments, as well as several individuals from around the United States.  Their efforts helped us raise over $10,000 for brain cancer research during November.  This is where we need your help as we aim to GROW this campaign!  If you or someone you know is interested, please email us and we will set up a donation page for your group on our website.  We mustache you to tag @StacheStrong and use #GrowStacheStrong and #LiveStacheStrong in all social media posts. Together, we CAN make a difference!

- Partnered with the National Brain Tumor Society and together funded $500,000 to launch GBM AGILE

- Funded $50,000 for the StacheStrong and NREF Research Grant on behalf of the AANS/CNS Section

- Funded $50,000 towards The Targeting DNA Damage Repair in Glioma Consortium.