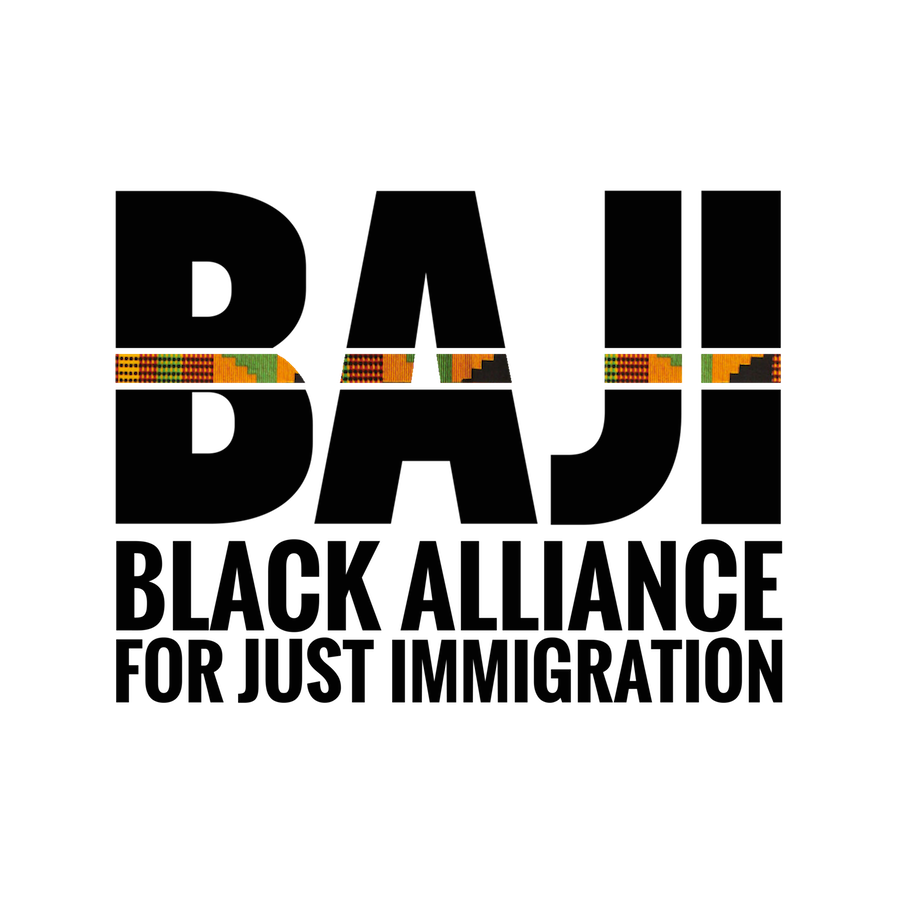 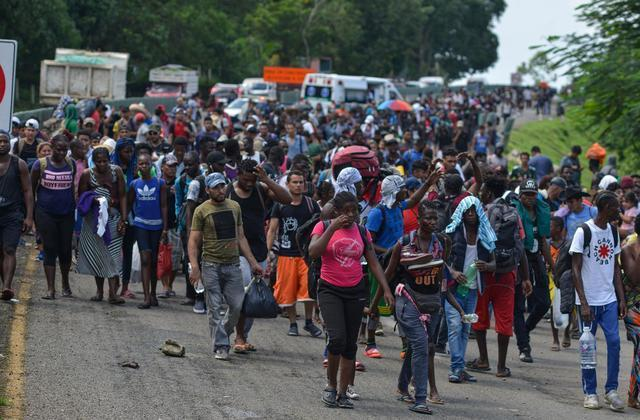 Migrants walk down Highway 200 en route to Huixtla near Tapachula, Chiapas state, Mexico, Saturday Oct. 12, 2019. Migrants from Africa, Haiti, Cuba, and other Central American countries set off early morning by foot from Tapachula to the southern border of the US. (AP Photo/Isabel Mateos)

This summer, BAJI learned about severe injustices faced by more than 3,000 Black migrants in Tapachula, Mexico on their journey to the U.S. southern border to seek asylum. Thousands of Black migrants - from the Caribbean and Africa - are being forcibly held by the Mexican government and prevented from passing through Tapachula to reach Tijuana. Our team organized a delegation and witnessed the atrocities first hand.

The Supreme Court authorized the current administration’s “third-country” asylum rule, a deplorable attempt to ban asylum-seekers from entering the U.S. Under the rule, migrants are barred from seeking asylum from Honduras, Guatemala, and El Salvador. To obtain asylum from said countries, migrants would first need to seek transit visas from Mexico in their journey to the U.S. to prevent them from being deported if detained by Mexican authorities. The United States Citizen and Immigration Services boasted that the rule’s goal is to deter migrants from making claims.

In opposition to the Mexican government's refusal to permit them to travel to the U.S. border to seek asylum, Black migrants are undeterred by the policy. Migrants formed an assembly, drafted demand letters, press conferences and organized several protests to advocate for their dignity and human rights. In their journey, they’ve been met with unwavering violence, mistreatment, and imprisonment. They have no choice but to remain resilient as returning to their home countries is not an option. Too often, are the stories of Black migrants untold and their plight overlooked.

We refuse for their stories to remain unheard.

BAJI is committed to helping our brothers and sisters in Mexico and has launched the Black Migrants Journeying to the U.S. - Mexico Border fund to support this work. We’ve only begun to touch the surface, and need supporters like you to help us continue to uplift Black migrants fleeing persecution in their home countries. Black migrants need us.

Our goal is to fundraise $50,000 that will help hundreds of families by providing relief, stability, security, and meet their basic needs. Funds will go directly towards meals, drinks, sleeping tents, hygiene products, translators, and accessible and affordable legal services to continue their journey to the border.

As an organization whose primary focus is building community power through education, organizing and advocacy, BAJI stands with the plight Black migrants in Mexico. With escalating attacks on this community, we ask you to stand with us. We’ll need to amplify our efforts to restore the dignity of Black migrants journeying to the U.S.-Mexico border, and need your support. Take action by giving today. 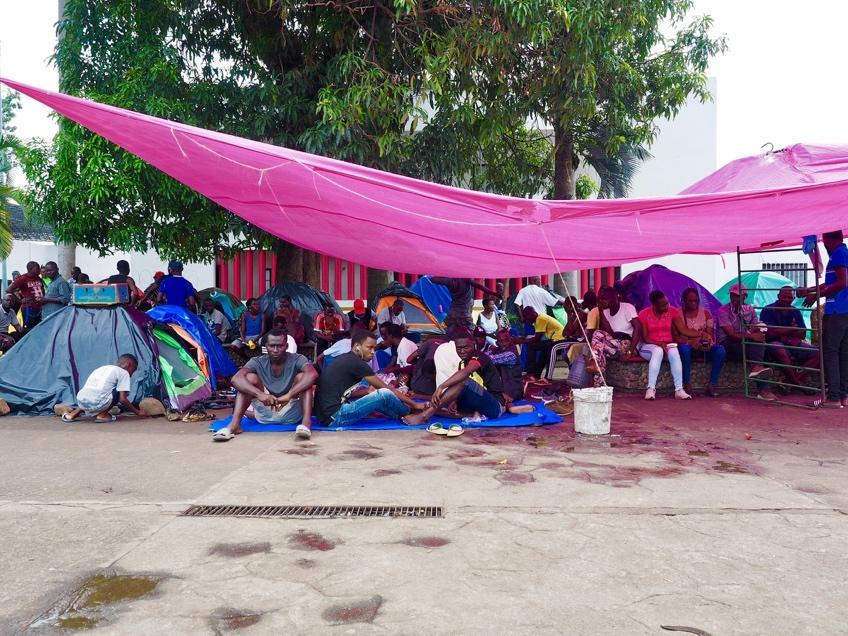 African migrants rest outside the Siglo XXI detention center, as they wait for humanitarian visas that enable them to cross Mexico on their way to the US, in Tapachula, Chiapas state, Mexico, in the border with Guatemala, on August 28, 2019. (Isaac Guzman / AFP/Getty Images)

BAJI is a racial justice and immigrant rights organization with offices in New York, Atlanta, Los Angeles, Miami, Oakland, and DC, and members across the country.