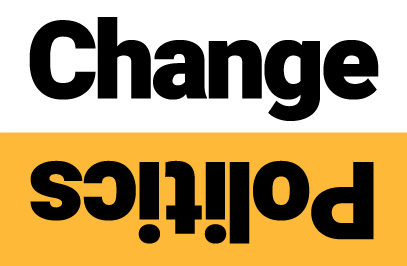 When you think about it, all the causes you care about that keep getting deadlocked by politics – Citizens' Assemblies is the way to meaningfully unlock them. This is your opportunity to efficiently donate towards addressing the  issues that politics struggles to resolve.
At Change Politics, we're campaigning to innovate the way we do politics in this country so that we can by-pass the political deadlock and ensure decisions are being made without vested interest and by the same, small skew of the demographic.

Politicians care about numbers. Big numbers. That's why we're raising money to  spread the word about the use of citizens' assemblies and to capture support from the broader public so politicians have to take notice.

Through our parent charity (the newDemocracy Foundation), we have already operated over 33 citizens' assemblies from the issue of Sydney's night life, to budgeting and urban planning, but for issues on a larger scale, and that are more controversial (say housing, health, climate and energy or tax) they won't touch them.

Because they think it would be too politically risky.

We have to prove they're wrong, and that everyday people want politics to change.

Show them you do.
For as little as $10, we can recruit 6 more people to the cause and get us that bit closer to our goal of 10,000 people by the end of the year to prove to politicians in Australia that people want to have a meaningful say in their lives.

I've been involved in one of the citizens' assemblies and they do work, join and have your say

This is the first step, the prerequisite for making policy that actually makes things better.